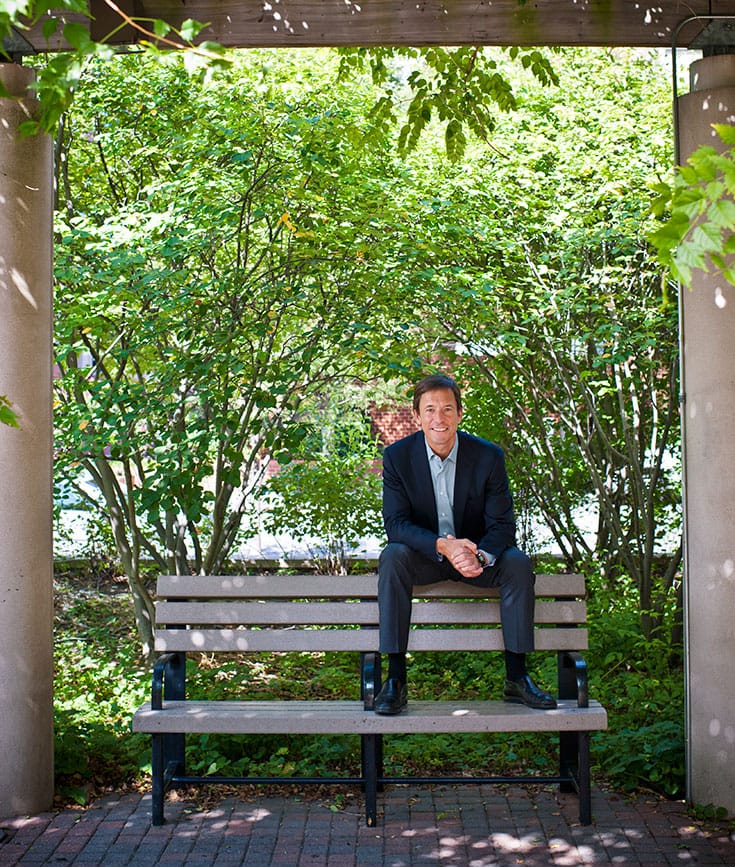 Mark Tercek, CEO of The Nature Conservancy, finds common ground to work with others toward a better earth.

Growing up in Cleveland, Mark Tercek didn’t spend much time in nature. So during his twenty-four years on Wall Street as a partner at Goldman Sachs, he wanted to “overcome his nature deficit” and began exploring how ecosystems work. Though he recognized the dark side of Wall Street, Tercek says, “I worked for good people, I respected my clients, and we did good work. I think business can be a force for good in the world.”

In 2005, Tercek’s passions for nature and business intersected when he was asked to run the bank’s sustainability and environmental unit. Three years later, he was hired to lead The Nature Conservancy (TNC), a global organization that has protected more than 119 million acres of land and thousands of miles of rivers and operates more than 100 marine conservation projects worldwide.

Tercek says his interest in Buddhism has benefited his work at TNC. “The more I engage in these practices, the clearer I think I see things,” he says. “You meet with people who might come in guns ablazing and say things that feel offensive. I might react, but if I try to remember to be calm and understand where they’re coming from, the cycle is much more positive.”

He has also learned to accept that things don’t work out sometimes. “That’s fine, especially if you learn from it quickly,” he says. “You shift gears. Then some things go better than planned.”

Our approach is to try to bring people together—putting differences aside and focusing on areas of common agreement.

Tercek says TNC’s approach is different from some other environmental organizations. “Some look for bad actors to campaign against,” he says, “and this is important, as there are organizations or governments doing things that are wrong or could be better. But our approach is to try to bring people together—putting differences aside and focusing on areas of common agreement.”

Tercek knows TNC faces daunting global challenges. “We could do extraordinary lasting damage to our ecosystems,” he acknowledges. “It will be almost impossible to reverse it. The problem is in the distance, but actions have to be taken today.” He is encouraged by the Paris climate accords of 2015. “The world came together to find a way to agree on a path forward. It’s breathtakingly beautiful, but the proof will be in the pudding.”

Looking to the future, Tercek says TNC “wants to be a global problem solver in the areas of land-related challenges, including agriculture, infrastructure, and fresh water.” And this former city kid never forgets where he came from: “Cities are a new effort of ours, bringing nature to cities, toward more people.”