You may fail to change the system, but it’s a good failure if you’ve made life a little kinder or more beautiful. Activist Courtney E. Martin on reclaiming failure as the mark of a dream worth having. 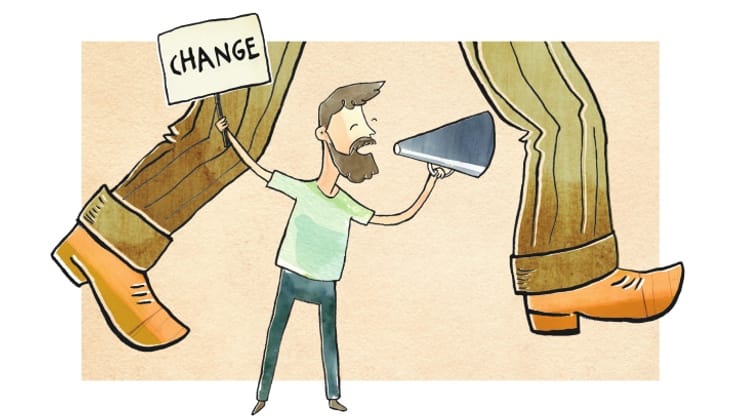 Failure is all around us these days: a failing economy, a failing environment, a failing war in Afghanistan, and a media that is failing to inform us in a nuanced, accurate way, trafficking instead in extremism, sensationalism, and reality-style schadenfreude. In some ways, we’re experiencing an out-and-out season of failure. “Yes we can” seems to have become “no we can’t.”

Political commentators fill endless broadcast hours analyzing the failures of the Obama administration. The catch is that when the pundits turn the president into a punching bag, they also beat up what’s left of citizen motivation. We feel disappointed, disillusioned, and the one thing Obama never wanted us to feel—hopeless.

I stopped believing in my own power to make a difference long before Obama was deified and then demoted. It happened on November 3, 2004.

Along with ten million others, I protested the war in Iraq on February 15, 2003. I wrote op-ed pieces about George W. Bush’s cowboy leadership style and did voter registration leading up to the 2004 election, begging old ladies in Ohio and Pennsylvania to vote for John Kerry.

None of it “worked.” A member of the generation baptized in “self-esteem education,” I realized I had been sold a bill of goods about my specialness. I wasn’t going to save the world. It wasn’t just the election that was over. It was my Ivy League-exacerbated entitlement, my naïve belief that good deeds are rewarded with positive outcomes, my conviction that—in the end—people do what’s right. This was an existential fault line for so many of my generation (loosely defined as those born in the eighties and nineties). We were faced, at an age when one should have the luxury of feeling naïve and invincible, with our own impotency.

Rebecca Solnit writes in Hope in the Dark that “despair demands less of us, it’s more predictable, and, in a sad way, it’s safer.” I didn’t want to despair, but even more, I didn’t want to be safe. I was too young for that. I decided to look to my heartier, more resilient peers for inspiration. I would interview activists of my generation and find out how they were composing meaningful lives in a time of failure.

I set out on a yearlong pilgrimage to answer questions like these: What does it mean to succeed or fail when it comes to matters of justice? How do we measure the effectiveness of work as messy, epic, and complex as activism? On an individual level, how do we make daily decisions that close the gap between values and actions? What does it look like to be a person operating where, as theologian Frederick Buechner puts it, one’s “deep gladness and the world’s deep hunger meet”?

I watched as a young man, recently released from prison after serving time for murder, tried to figure out how to use the internet for the first time. I rode a bus with twenty-five eighth-graders from the Bronx as they sang every word of Rent. I ate family dinner at an Olive Garden in Detroit, listening in as civil rights era parents puzzled over their daughter’s path to environmental justice. I sat in on a workshop for kids poised to inherit great wealth and determined to give most of it away. I listened to an emotional Q&A at a community college following the screening of a documentary film about the harrowing HIV/AIDS infection rates among black women.

And what did I learn?

First and foremost, I realized that much citizen engagement or activism is doomed to fail, at least in the short run. The world- in all its glories and gore, cruelty and kindness, destruction and rebirth-is forever in process. For the engaged citizen there are no fireworks, no guaranteed rewards or results. There is just consciousness, intention, community, celebration, perseverance, defeat, burnout, self-care. Activism demands an investment not just of time, but of those tricky twins: devotion and nonattachment. It requires discomfort, frustration, and sometimes boredom (sounds a lot like meditation). But as the Buddha said, “Chaos is inherent in all compounded things. Strive on with diligence.” If something is always in process, it can never be completed, won, or achieved. The important distinction with regards to citizen engagement is not, it turns out, success or failure, but the quality of the failure. Take the lives and work of some of those I met along my journey:

Twenty-six-year-old Dena Simmons was born, raised, and now teaches in the Bronx, the poorest congressional district in the country, where the high school graduation rate hovers around 50 percent. She devotes every workday, and most of her weekends and evenings, to educating and nurturing twenty-five thirteen-year- olds. Some of her kids will make it. Many will not. About this she says, “I think failure is an opportunity to learn. Nothing came easy for me growing up, so I have this fighter attitude.”

Filmmaker Emily Abt wants to document the difficult lives of social workers and teachers so the world can pay long overdue respect to public servants. In pursuit of her dream, she has lived below the poverty line, is called a “bitch” on set, and loses friends when she insists on telling the messy truth in documentary form. She also gets emails from young women who have seen her films and as a result decided to protect themselves from sexually transmitted infections. 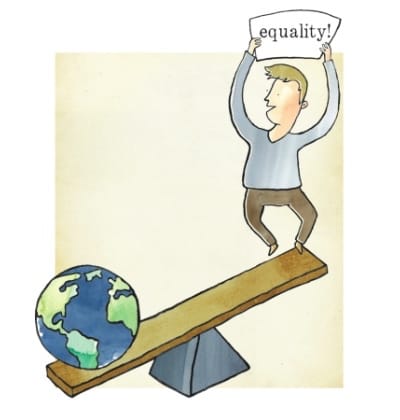 “It’s a constant hustle,” Abt says. One idea takes her straight to Sundance; another ends up on the cutting room floor. But her goals remain unchanged: “I think the best activism, the best kind of films really, inspire people to help themselves. That’s what I want my work to do.” Thirty-five-year-old Raul Diaz spends much of his time in juvenile justice hall waiting rooms, trying to get teenagers who have been exposed to indescribable violence to give in, heal up, and get out. They tell him horrific stories of abuse; they deny the crimes they have committed. But slowly they learn to trust and admit to their darkest acts. Raul teaches them to meditate.

Some of them leave prison, find a healthy home, fall in love, create families, make money, make peace. Others get caught again in “the life.” At these moments, Raul prays: “Hey, my heart hurts. My heart and my brain hurt. Help me get through this.”

As philosopher Cornel West puts it, “Yes it’s a failure, but how good a failure?” There are many disappointments in the life of a dedicated activist-so many lost children, killed ideas, thwarted plans. But the energy is not wasted if it is channeled in pursuit of good failures, like these:

The way we understand success and failure is critical not just because it leads to achievable goals, but because it can ensure a grateful and resilient spirit-the only kind truly capable of investing in a better world for the long haul. What could be more radical in the end than refusing to be defeated or deflated by failure? To reclaim failure as a mark of a visionary and impossible dream worth having, to root our confidence in the smallest of human interactions, to feel buoyed by one productive day, one humanizing conversation, one healed wound.

From that vantage point, we don’t need “our” president to win, though it is certainly fun when he does! We need to feel that we have contributed to the world that we want to create, that we have talked with people that we disagreed with in a way that we can be proud of, and that we have made our communities more dignified, beautiful, and peaceful through our own resilient nature.