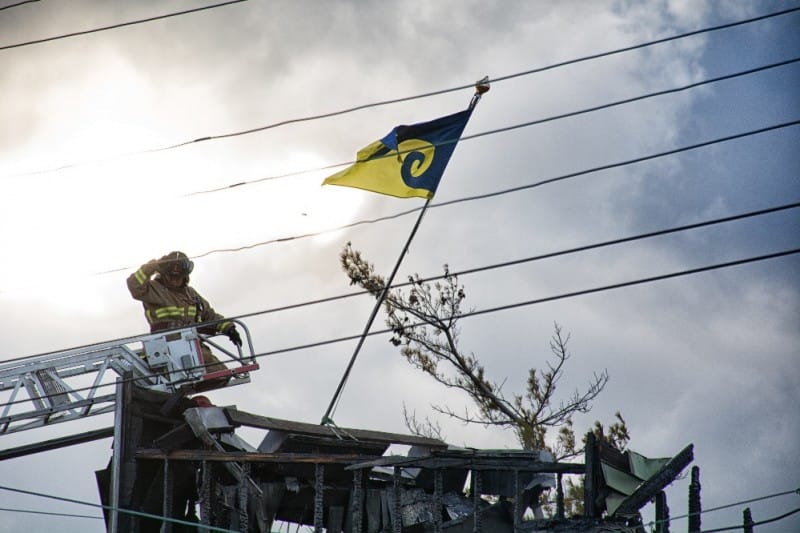 This image from the Columbus KTC GoFundMe page shows that while the center was destroyed, the Karmapa "Dream Flag" found there avoided damage.

On the morning of Sunday January 31, the Columbus KTC Center, a Buddhist center in Columbus, Ohio, was destroyed by fire. As the center’s director Kim Miracle told local ABC affiliate ABC6 on February 9, “It has been ruled an arson, but I don’t have any other details, I do know there’s an investigation going on.”

The Center’s missions is “to provide, for all levels of practitioners, a respectful and open community for the study, practice, and activities of Buddhism of the Karma Kagyu tradition under the guidance of Karma Triyana Dharmachakra and His Holiness the Seventeeth Gyalwa Karmapa Ogyen Trinley Dorje.”

Now the center’s members are hoping to rebuild, harnessing GoFundMe as a way to collect donations online. Their goal is to reach $108,000 in donations, of which some $27,000 has been raised so far.

The Columbus KTC Board noted after the fire, “the decision has been made to demolish the building.”

To make a donation to the Columbus KTC Rebuilding Fund, visit the GoFundMe page here.