Stephanie Kaza invites Buddhist communities, and specifically Buddhist leaders, to take a serious look at how they are—or aren’t—responding to the climate crisis. 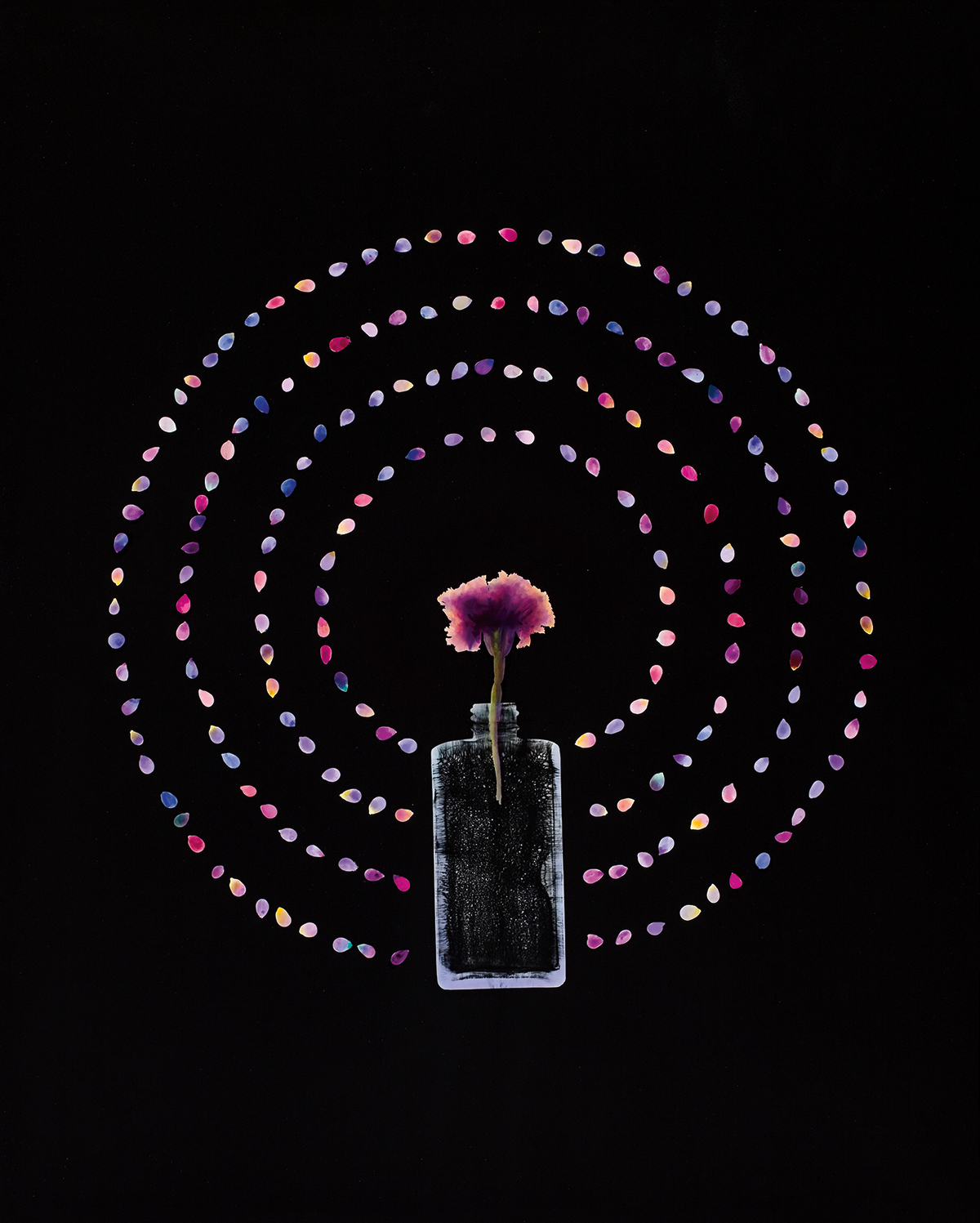 Let me begin by acknowledging my place in space and time as conditions of my words. I am identified with the Cascadia bioregion, living at the confluence of the Willamette and Columbia Rivers in Portland, Oregon, home to the Multnomah, Clackamas, and Clowwewalla bands of Chinookan peoples, before settler colonization and still home and base of culture for these Native peoples. I live on the edge of an active subduction zone near an active volcanic range, recently glaciated.

I am an Earth-loving convert American Buddhist, shaped by integrating threads of animism, feminism, and also Unitarianism. For this conversation, I am also identifying as an institutionalist. I see institutions as vehicles for transmitting values, for positive social change, and for investment in future generations. As we face into climate change and global ecological deterioration, I believe institutional efforts will carry much greater impact than individual personal actions, especially given the extremely brisk pace at which things are unraveling. I invite you to consider some ideas about how American Buddhist institutions can align with other efforts where environmental and social justice concerns and Buddhist approaches overlap.

This may sound radical, but as extreme heat, flood, and drought events become more and more common, I would like to encourage our centers and sanghas to prepare for disaster.

Buddhist institutions are positioned to play a critical environmental leadership role—through their senior teachers, senior leaders and administrators, and sanghas. I’m inspired by such leaders as the Dalai Lama, who has used his platform to call for a secular ethics of responsibility for all life on Earth. I also draw inspiration from Thich Nhat Hanh, who has promoted the teaching of “interbeing” as a central Buddhist understanding of the natural world as well as of human agency. Joanna Macy has popularized this concept through her Work That Reconnects. Other leaders have used their influence to protect land, support solar energy projects, and promote low-impact vegan and vegetarian diets—all helpful environmental actions.

Why am I focusing on leaders? Because they set the pace for institutional change when they demonstrate serious concern for the environment. They serve as role models for students, but also for other Buddhist leaders. They are saying, in effect, step up—if I’m doing this, you can do it, too. They can take up the task of articulating Buddhist ethical principles that call for environmental engagement, and, in their positions of authority, they can join interfaith efforts to support climate advocacy. The abbess of Green Gulch Zen Center, for example, joined the local Interfaith Power and Light chapter. She showed up as a faith leader to add her voice to this important conversation, demonstrating to the rest of her sangha that it mattered.

Administrative leaders and teachers can set a green agenda for their centers. They can encourage conscious steps toward sustainability, informed land stewardship, and sangha-wide environmental awareness as basic dharma practice. It is the leaders who can assure that their institutional infrastructure, both social and physical, is strong enough to serve future generations and be a secure practice place as planetary conditions change.

To be sure, sanghas have a role to play as well. Leadership often arises from the bottom up through motivated “champions” who advocate for institutional engagement. And that’s definitely been the source of pressure for some of these changes. I have seen this most successful in generating greater food awareness. When residential centers offer locally sourced and low carbon food choices, this can have a tremendous multiplier effect through exposing retreatants and visitors to Buddhist-inspired environmental choices. At the peer level, if one Buddhist center models such ethical choices, their good ideas can go viral very quickly.

During the pandemic some Buddhist sanghas have taken this work online. I have been involved as a faculty steward for Upaya Zen Center, where head teacher Roshi Joan Halifax developed a Socially Engaged Buddhist Training program that drew over two hundred people from around the globe, in effect building a sangha to support Buddhists in their environmental and other social justice work. This has been helpful, but it is just a start—we need many more programs like this, in different Buddhist lineages. I dream of a future for American Buddhism in which these efforts are not just springing up across individual sanghas but are also nationally coordinated, as other faith traditions do now.
The Unitarians have central staff in Boston working with groups around the country—American Buddhists could do that too.

How can institutions and leaders address climate disruption and the inevitable social and economic consequences? And from a Buddhist perspective, how can this be liberating, awakened action? By “liberating,” I mean alleviating the mental and physical suffering generated by the upheaval and collapse we are already witnessing. This may sound radical, but as extreme heat, flood, and drought events become more and more common, I would like to encourage our centers and sanghas to prepare for disaster.

Last summer I saw how my own city of Portland, Oregon, was caught completely unprepared for the heat dome that kept temperatures of 116 degrees in place for several days, straining cooling systems, human bodies, and all life forms. None of us, human and other than human, had ever experienced sustained temperatures in that range. Buddhist centers could prepare to help others when climate extremes hit—which they will—and serve as safe shelters, providing food service and building supply reserves to help others. This would also mean training students and center members in trauma-informed first aid, drawing on Buddhist practices of compassion and equanimity.

It is important for Buddhist institutions, as for all of us, to address climate disruption broadly, with many dharma gates for action. Climate work, for example, can challenge militarism, calling for a shift of our massive investment of resources away from war, violence, and destruction, and toward peace and stabilization. Climate work can be restitution work, supporting reparations for peoples who have experienced enslavement and genocide. Climate work calls for addressing the suffering caused by overlapping oppressions, including consumerism, settler colonialism, and gender, race, and economic injustice. Buddhists can align with today’s climate movement leaders in the call for a just transition away from our extractive economy and toward a sustainable economy based on just relations.

I encourage Buddhist sanghas to take up the practice of institutional self-examination. Where are you with this conversation? How are you reckoning with the history of the place of your center, the peoples who have lived there and called it home? Have you begun to find ways to join with others to make reparations, both through healing ceremony and policy change? You can be the one to put these topics on your board meeting agenda.

Let me close by speaking to the power of vow. At my lay ordination over forty years ago, a senior student explained to me that this ceremony marked a shift in focus: from practicing to relieve one’s own suffering to practicing to relieve others’ suffering. That is essence of the bodhisattva vow. When I chant the bodhisattva vows, they energize and reaffirm my commitment to this environmental injustice work.

These vows are impossible and possible all at once. They are both goal and compass. They call us to remember we have only this one life to live right now, in this raveling and unraveling practice field of climate change. I hope you’ll join me in taking up this work.

Adapted from Stephanie Kaza’s talk at The Future of American Buddhism Conference.

Stephanie Kaza is a longtime practitioner of Soto Zen Buddhism and an environmentalist who explores the intersections of ecology and religion. Professor Emerita of Environmental Studies at the University of Vermont, she is the author of Green Buddhism: Practice and Compassionate Action in Uncertain Times and Conversations with Trees: An Intimate Ecology. She lives in her hometown of Portland, Oregon.