The march started with a meditation led by monks from Green Gulch Farm Zen Center. 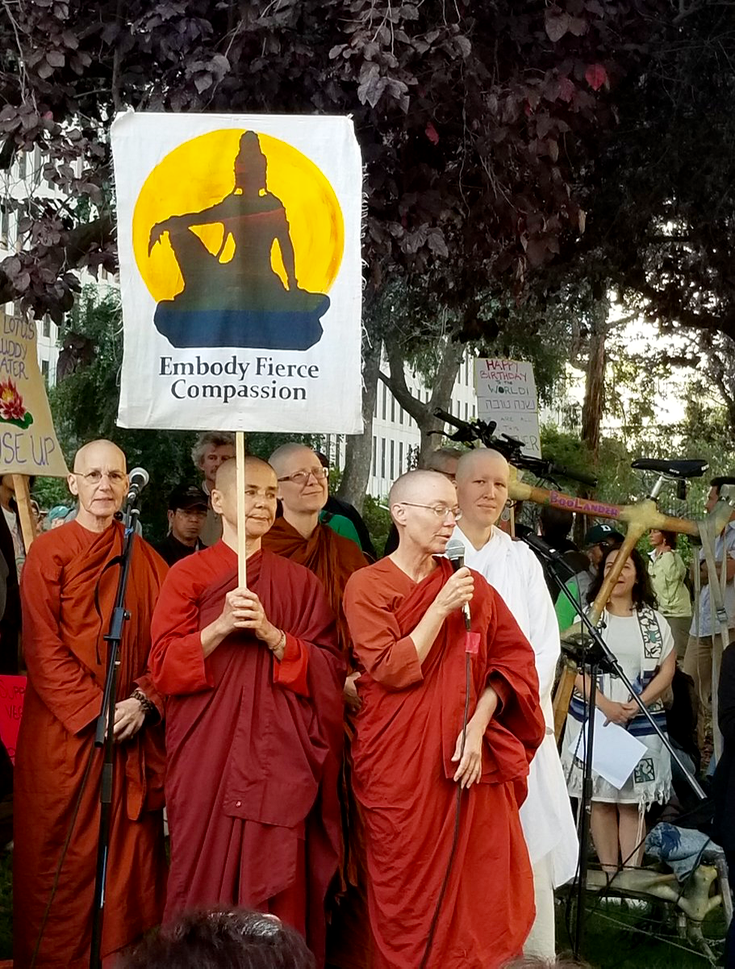 On Saturday, Buddhists from fifteen different communities marched alongside thousands of others in San Francisco to call attention to climate change.

The Rise for Climate march was one of many that took place around the world this weekend highlighting the impacts of the current climate crisis and the importance of renewable energy. The protest in San Francisco called for California governor Jerry Brown to end fossil fuel extraction in the state, and came ahead of a climate change summit that will be attended by mayors and business leaders this week. 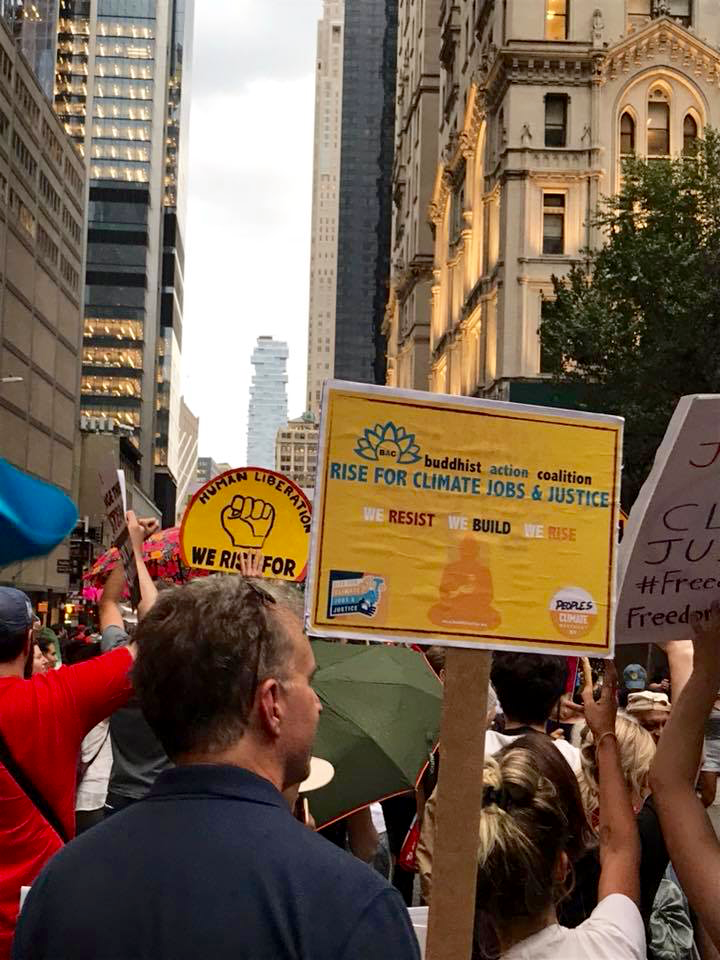 More than 300 Buddhists marched as part of the interfaith portion of San Francisco’s Rise for Climate protest, which brought together more than 120 religious congregations. “There is a deep calling in all faiths to preserve and protect creation and to practice nonviolence towards the Earth and all living beings,” stated Rise for Climate organizers. The march started with a meditation led by monks from Green Gulch Farm Zen Center, followed by a multi-faith service. 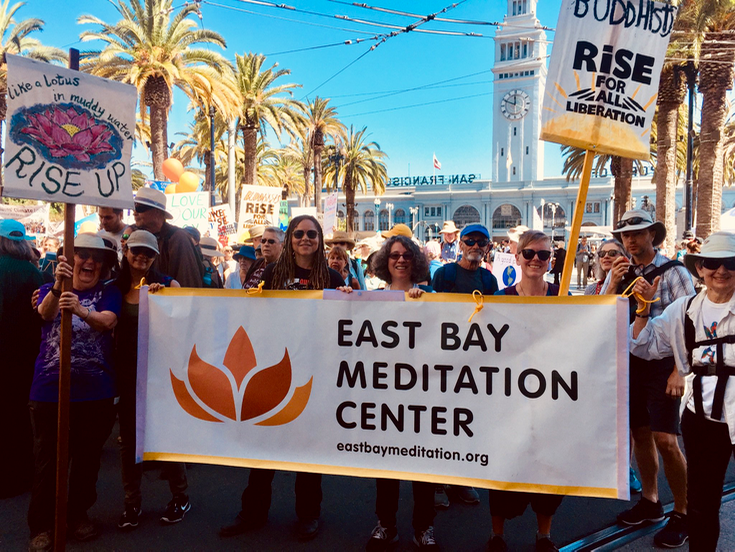 “The Buddhist and Mindfulness traditions teach the transformative power of turning toward each and every difficulty, even a difficulty as immense as global climate change,” says Kristin Barker, co-founder of One Earth Sangha, who attended the march. “When we look closely, we see that climate change is born of thinking ourselves separate from the web of life.” 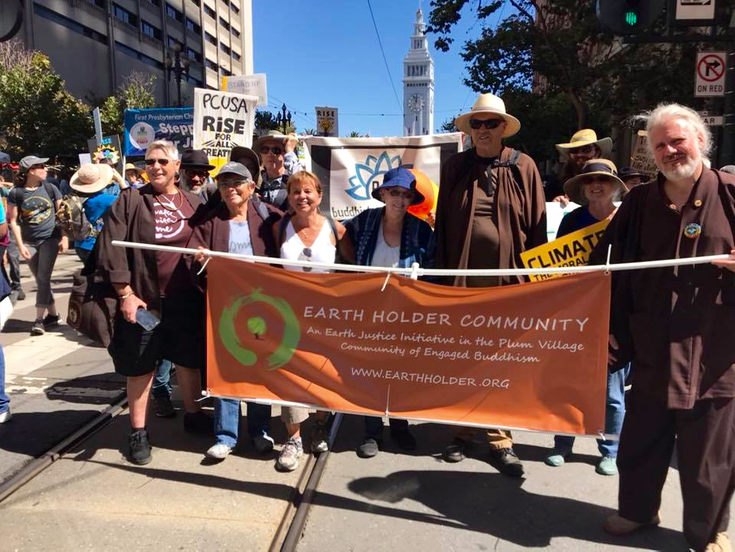 Across the globe, Rise for Climate events drew attention to policies that attempt to dismantle rules to lower greenhouse gas emissions and open vast areas of land and water to drilling. On September 6, several thousand took part in a march in New York City, including members of the Buddhist Action Coalition. 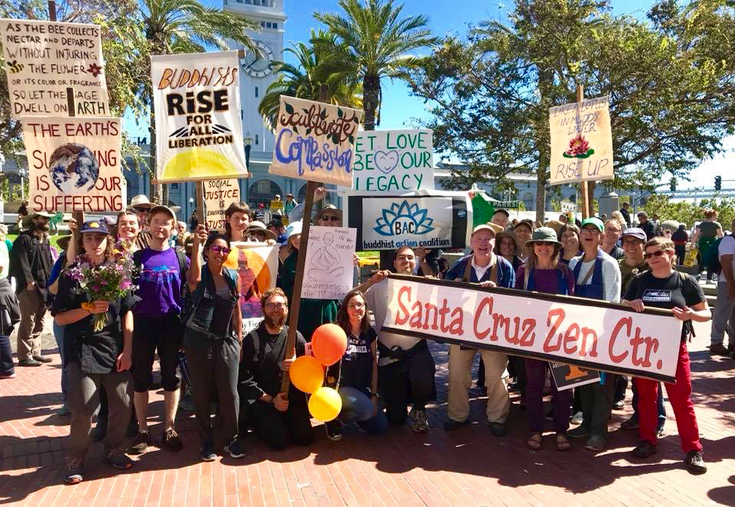 “Climate change, economic inequality, the housing crisis, increased criminalization, attacks on immigrant communities – all these challenges are driven by systemic devaluation of the lives of people of color and choosing profit over people and the planet,” Gladys Limon, executive director of the California Environmental Justice Alliance, told The Guardian.

On September 13, faith communities will hold a live-streamed service at Grace Episcopal Cathedral in San Francisco that will include a message from the Dalai Lama and a global call for people to commit to more sustainable lifestyles.