For Simon Van Booy, there’s a special joy in making his grandmother’s recipes. He’s nourishing people with the same love she showed him. 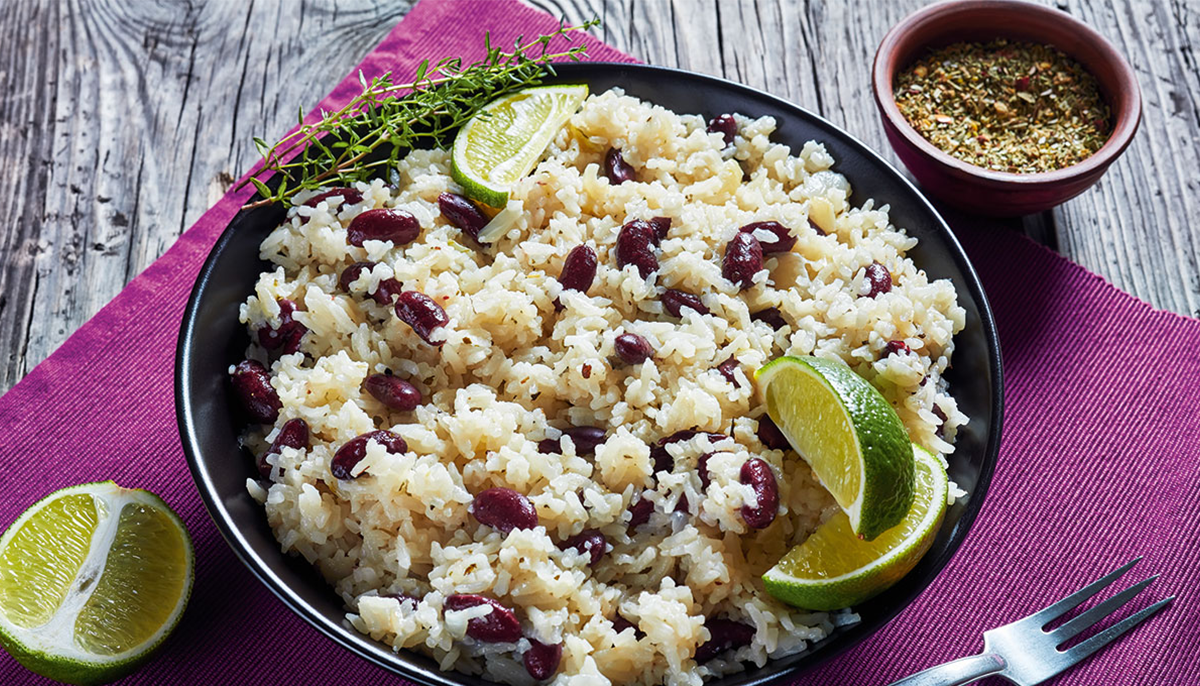 In the summer of 1953, on the island of Jamaica, a middle-aged woman woke her three daughters in the predawn hours and had them dress without making a sound. Minutes later they departed their tenement-yard home and were hurrying toward the Kingston docks, each girl carrying a bag secretly packed by her mother the night before. By first light they’d boarded a ship bound for England—though their final destination was a village in Ireland. Over two decades later, the youngest girl on the ship would become my mother.

To this day, no one in my family knows the exact reason why my grandmother, Marie Isabel Echlin, made such a hasty departure—though it’s not difficult to guess when older family members reveal her great fear that her husband might come looking for them.

My grandmother was of a generation that seldom considered personal happiness. She, like so many others in the postwar years, simply lived to the best of her abilities. While it was impossible to control the world’s suffering, it was possible to make life as pleasant as possible for those around you through small gestures. My grandmother’s preferred way of showing affection was through her unique cooking.

When I was a child, my grandmother lived on the rainy coast of North Wales in a dilapidated seaside town called Rhyl. When we visited her sky-blue, mid-century bungalow, we usually found her in front of the television glued to a horse race, or in the kitchen stirring a pot of rice and peas. On the windowsill were small avocado plants she’d nurtured from seed, beside plastic bottles of a homemade fruit–ginger drink made from boiling pineapple husks.

It was the sort of house where windows were always open, even at night. I remember one neighborhood cat in particular who would magically appear moments before a meal was served. As my grandmother set the table, it would jump up on the counter and go from bowl to bowl, dipping its paw. When my grandmother saw this she laughed. To her, animals were like children, and capable of all the joys, disappointments, and shame that we humans are capable of feeling.

It was the French writer Marcel Proust who most famously recognized a connection between the past and our senses. In the first book of his seven-volume series, Remembrance of Things Past, the narrator dips his madeleine into a cup of tea and the taste conjures his entire childhood with a sensual realism far more poignant than any conscious attempt to revive the past. The smells and tastes of the dishes my grandmother cooked do that for me.

Recently my teenage daughter, Madeleine, asked about her great-grandmother for a school project. I showed her a photograph, but it felt strange and impersonal—this image of a moment with no before and after. So I thought, why not teach Madeleine a couple of my grandmother’s recipes? Not only would the food be healthy and delicious, but she would experience the sounds, tastes, and aromas of my childhood. In fact, this meal would connect four generations of a family in one single moment, inviting us to treasure all those we love in the vital present.

Cooking and then sharing meals made from family recipes enables a rare, wonderful joy, because—right here, right now—you’re nourishing people, caring for them with the same love that was once shown to you. How better to honor the life of my grandmother than to fill our house with the same aromas that greeted me as a child when I entered her kitchen? In this context, even food preparation feels exciting. Chopping an onion or skinning a pineapple becomes an end in itself, rather than just a means to an end.

I’m sure you have your own family recipes, but in case you don’t, you can share the ones below. My grandmother, Marie, never turned away any mouths from her door. In fact, she delighted in feeding complete strangers and animals lured by the aromas of her rich island cooking. Perhaps that’s why the windows were always open? 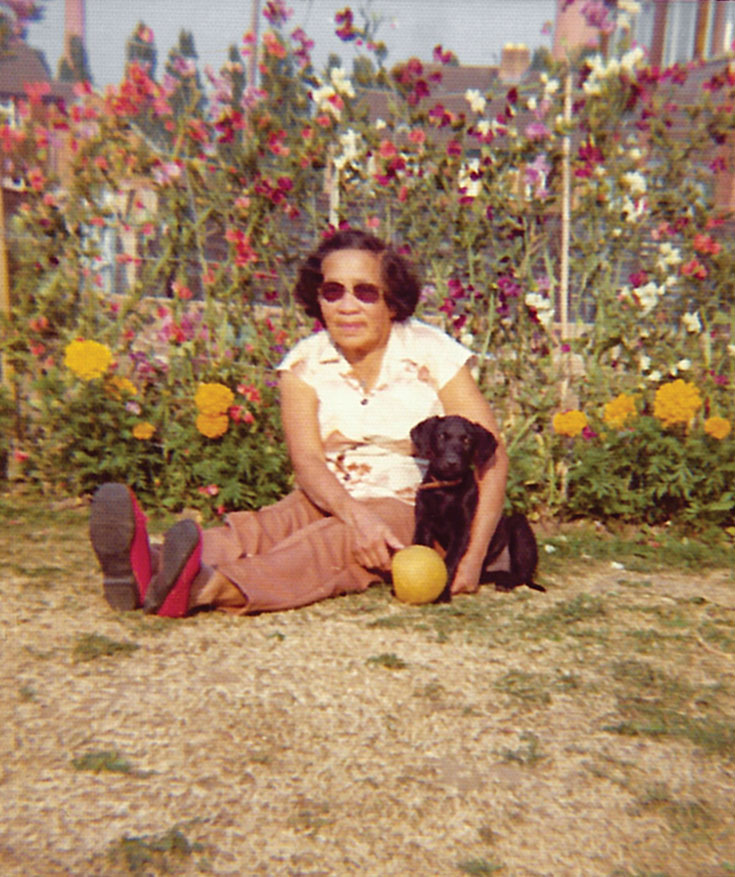 Photo courtesy of the author

• Thoroughly wash then soak one cup of red kidney beans overnight in water. (You can use canned kidney beans instead, but the rice won’t be as pink.) Boil the beans in the same water until tender (an hour or more) with two minced cloves of garlic. Keep in mind that raw or undercooked kidney beans are poisonous.

• Chop an onion and fry until golden in a pan with a little vegetable oil. Chop two medium-sized vine tomatoes and fry for a few minutes with the onions. Add three tablespoons of finely chopped parsley to the onions and tomatoes. Take the pan off heat and stir the parsley in. Add the contents of the pan to the pot with the beans and bring to a simmer.

• Take two cups of raw long-grain white rice, wash thoroughly, rinse at least twice, then add the rice to the pot with the beans and stir. The tricky part is knowing how much more water to add, and how long to cook without overcooking the rice. There is no substitute for experience here. Add three-quarters of a cup of unsweetened coconut milk and salt and pepper to taste.

• Bring the pot slowly to boil, then cover and simmer on the lowest setting for about ten to fifteen minutes, or until the rice is cooked. Garnish with fresh parsley and Scotch bonnet pepper, if you like it spicy.

• Thoroughly wash, skin, and core a pineapple (organic if possible). Put the skin and core (quartered) into a big pot. Peel and cut fresh ginger until you have about one cup of loosely piled chunks. Add it to the pot.

• Put the pot on the stove and add boiling water from a kettle until the contents are just covered. Add the juice of one lime. Boil for thirty minutes, then turn off the heat, and let sit, covered, for twenty minutes.

• When it’s safe to handle, strain the liquid through a cheesecloth and discard the solid contents. Stir in brown cane sugar to taste. I like about three tablespoons, depending on how much liquid there is. You could also use honey. Once the drink has cooled, cover it and put it in the refrigerator.

• Serve chilled with ice and a steaming plate of rice and peas.

Simon Van Booy is the author of thirteen books, including, The Illusion of Separateness and, most recently, Night Came with Many Stars.