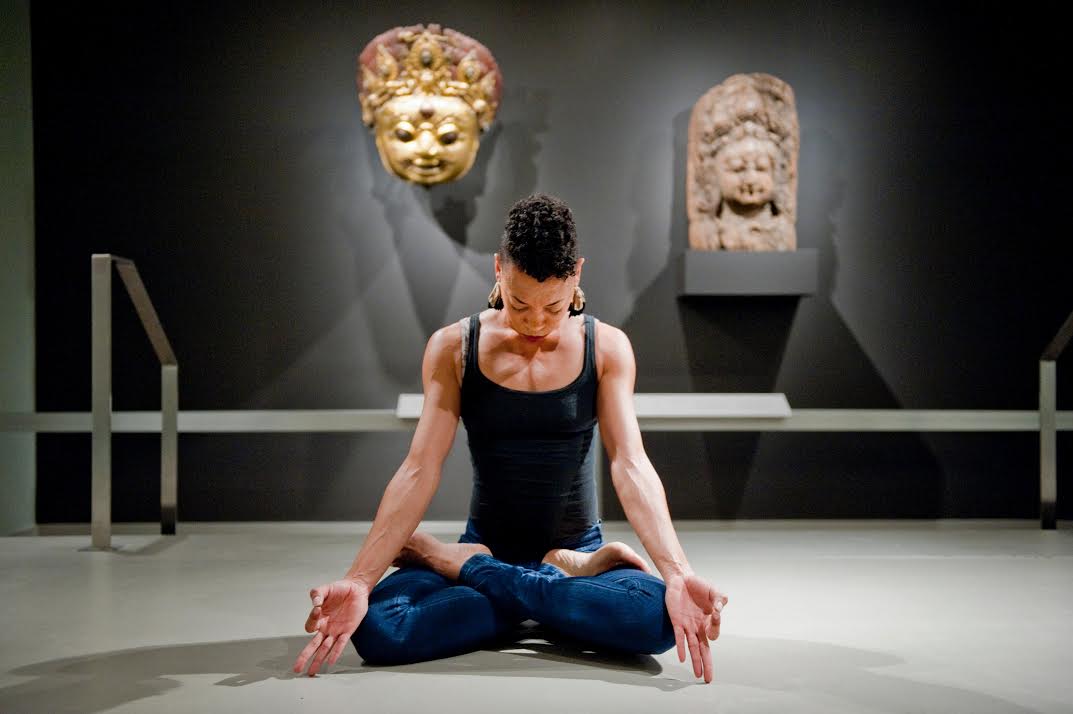 “Election Exhale” is part of an ongoing weekly series of meditations at New York’s Rubin Museum of Art. Photo by Michael Palma.

Wherever you sit on the political spectrum, it’s a good bet this election has you on the edge of your seat. There’s a lot of anxiety in the air. So Kate Johnson of New York City’s Interdependence Project decided to do something about it.

Johnson has teamed up with the Rubin Museum of Art to present “Election Exhale,” a special non-partisan session of mindfulness meditation meant to help us “pause, recharge, and reflect” on the day after the election. I talked to Kate, and Dawn Eshelman, the Rubin’s head of programs, about what to expect, and how we all might address this tension in ourselves.

The name “Election Exhale” suggests not just something we must remember to do in order to survive, but also a key tension in this election, perhaps more than any other: that we’re holding our breath in true suspense. What kinds of things are people reporting to you about their own mindstates this election cycle? 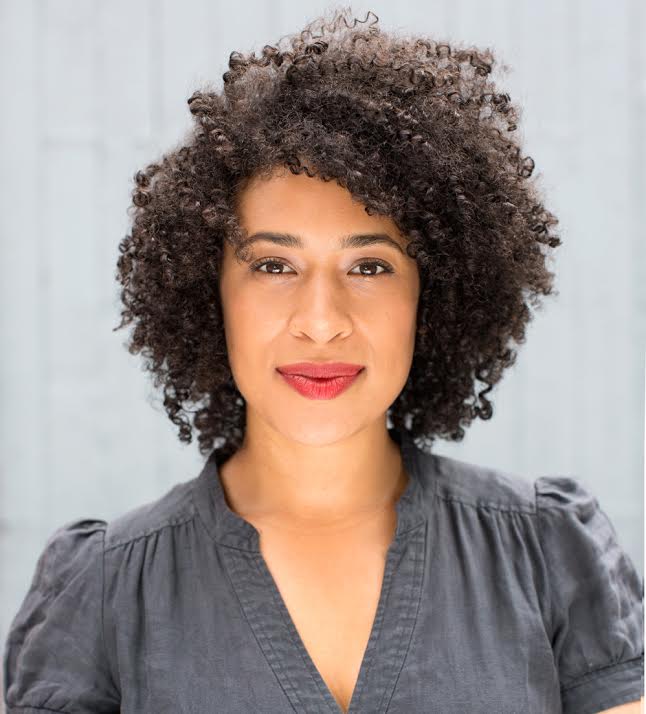 Kate Johnson: Many of us are noticing an increase in obsessive thinking with respect to the campaigns and upcoming election. In Pali, the original language of many Buddhist teachings, the word for this is papancha — a mushrooming proliferation of thought that carries us away from the reality of the present moment, and in this case, often into worry and despair. Beyond just getting the necessary information and staying up on the news of the day, folks are checking news sources first thing in the morning and last thing before they go to bed, and obsessing about them in such a way that they feel paralyzed and powerless, rather than moved to take positive action. There is also a sense of fatigue and despair, because with the two main campaigns so focused on attacking the character of the opposing candidate, there are so many vitally important issues we aren’t hearing the candidates talk about very much — including commitments to action around climate change and racial injustice.

How did Election Exhale come to be?

Johnson: Dawn approached me with the idea of a non-partisan meditation practice event with the aim of supporting a release of tension after the general election is over. The Rubin Museum will be especially reaching out to folks who are working on this election — poll workers, activists, campaigners, and so on.

Being that they they’re so ensconced in the pre-election world, are those folks evidencing higher burnout or other negative symptoms than the rest of us?

Johnson: In some ways, yes. Of course, there are also wonderful benefits that people who are working directly on election campaigns experience. It can be energizing, affirming, and joyful to work or volunteer in a campaign, contributing to a common goal and sharing in the ups and downs of the campaign with others who care.

With so much energy focused on winning, though, there can be a loss of perspective and context. Campaign workers and activists are likely to let slide the practices that help keep them healthy and balanced — sleeping and eating well, taking physical activity and time outside, doing leisure activities, and any spiritual or contemplative practice tends to go out the window. It’s natural to have a self-care lapse at times like these, but it does tend to leave folks feeling less resilient, and more stressed out.

The theme of Election Exhale will be compassion and equanimity. How will that manifest? And is it tricky avoiding partisanship when putting together such an event?

Johnson: We’ll be looking at a slide of a statue featuring Avalokiteshvara, the bodhisattva of compassion, as seen here. I will likely tell the story of the bodhisattva’s vow to love all beings, how this vow shattered him into a thousand pieces, and how he was put back together with a thousand hands and thousand eyes and increased capacity to serve. And I’ll discuss how to hold the wish for our country to back together again, or perhaps, together for the first time, and how we might act in support of that wish, no matter what the outcome. 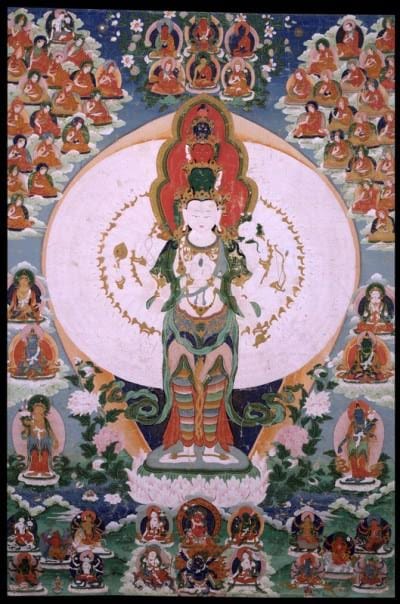 Though a one-time event, Election Exhale is part of the Rubin’s weekly meditation series. How does it fit in?

Dawn Eshelman: That series takes place here at the Rubin Museum, where so much of the Himalayan art in our collection is about compassion. Given that museums often serve as reflective spaces for visitors, where the invitation is to look deeply at art, this reflective approach means you get to turn that lens of deep looking on yourself, too. And you can create very personal connections to powerful artworks in this way. So meditating here at the museum is a rich experience. Sessions are free for museum members and available on podcasts as well.

In our weekly series, we’ve made a point to adapt and respond to current events and the world around us.  For example, this summer Kate led a session framed in response to the apex of violent shootings across the country, which was followed by optional discussion groups led by partnering community organizations. We are so lucky to be working with such a gifted teacher and activist. Her blend of incisiveness and bravely gentle compassion, paired with practical guidance for practitioners of all levels, is golden. As I tell our visitors, particularly when we are broaching a challenging subject together, we are about to be in very good hands with Kate.

Kate, one last question: any advice for those of us who can’t attend Election Exhale, but would like to release some of this political tension in ourselves?

Johnson: One thing that helps me is to remember that worrying, while it feels like doing because it make us tired, isn’t actually doing anything. Where there is worry or restlessness, there’s an abundance of energy that wants to move. If we don’t move it, not only is there is a feeling of stress and tension, but that energy is wasted because it doesn’t actually go towards addressing the source of the discomfort. If you feel tense before, during, or after the election, get into action with something that makes you feel good about how you are contributing to your community or country. Whether it’s working with a local or national political campaign, getting involved in a grassroots effort, or contributing resources to others who are doing the front lines work in an area you care about — doing good feels good. And, as always, don’t forget to breathe.