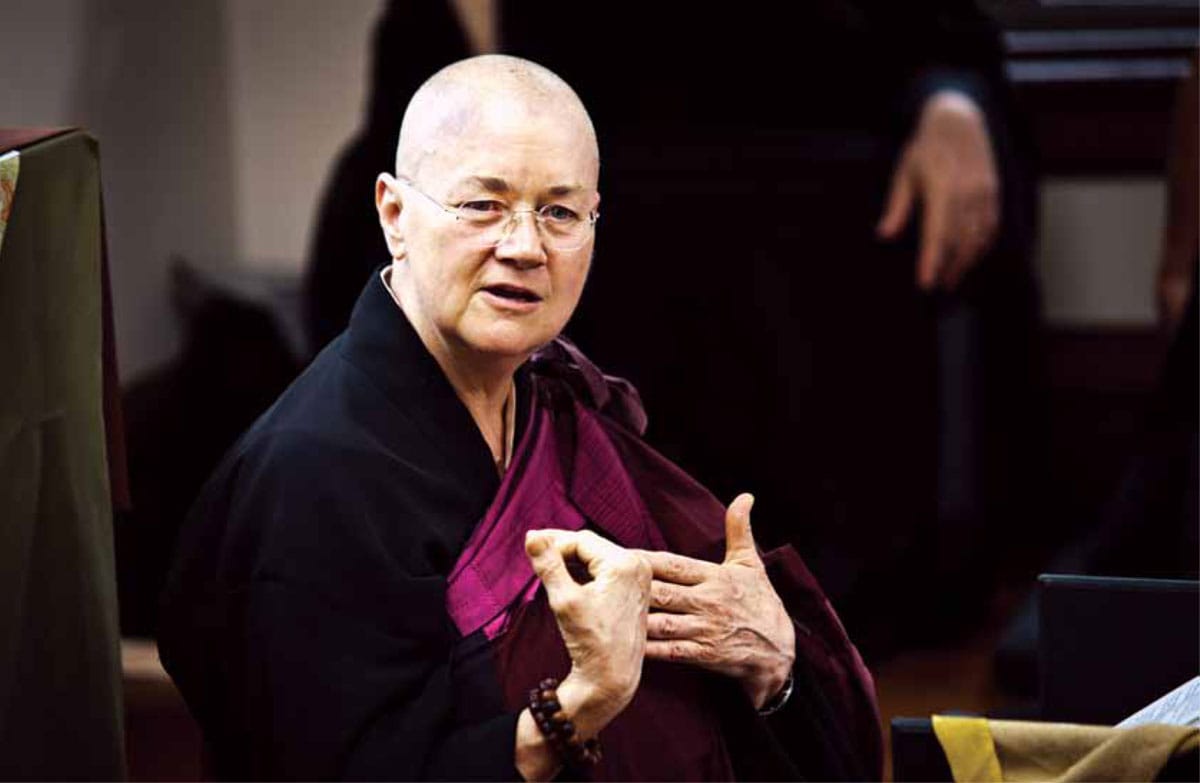 A group of twelve of us lived on the streets in Lower Manhattan for four days, practicing meditation and experiencing how it is to survive without money or cellphones. It was a renunciation and a pilgrimage, a way to give up all our habitual comforts and resources and to open up to reality, to the conditions of the world of which we are a part. What’s it like to live in the city without anything? What’s it like to find that you need to use a phone for some information when you don’t have a quarter?

To constantly include everything that is arising—I was so struck by that—perhaps that was the teaching I needed right then.

The week before the retreat, I attended a Soto Zen conference in San Francisco. While there, I met with my beloved dharma sister, Egyoku Roshi, and she told me something that struck me powerfully. Roshi’s community, Los Angeles Zen center, is spending a year studying “What is vow?” One of Roshi’s students had decided that for the whole year, her practice would be to investigate the vow “Include everything.”

Just imagine what it would be like if you were to include everything that arises. Usually, all of us only include a certain amount: what we like, what we are willing to see about ourselves and others. We don’t include the things we don’t like about ourselves or about conditions and situations. We push them away. denial. To constantly include everything that is arising—I was so struck by that—perhaps that was the teaching I needed right then.

So, I took this idea of “include everything” onto the street retreat. To deny nothing, not my disgust: “Something is touching me—a rat? A bedbug?” (The worst fear of a New Yorker.) Or at the soup kitchen: “Is this man going to throw up on me?” These were some of the thoughts that came to me.

One of the points of the street retreat is that things are right in your face and so there is no way to exclude anything. I would say that every one of us discovered things that we were forced to include. Every one of us had issues come up: “Begging shows me what it’s like to be rejected or given something.” Or, “Living on the street shows me I need to be seen” or “I have my anger.”

Fear was a huge thing. Living on the street is scary. But the minute we include the fear, it’s much less scary because it’s there. You can touch it, you can feel it, and it’s not this black cloud following you around.

Pat Enkyo O’Hara, Roshi, is the founder of Village Zendo in New York City as well as a founding teacher of the Zen Peacemaker Order, which began with the vision of Bernie Glassman, from whom she received dharma transmission. She holds a doctorate in media ecology and for many years taught new media technologies at New York University’s Tisch School of the Arts. She is the author of Most Intimate: A Zen Approach to Life’s Challenges.