A young woman is bucking caste and custom, as well as making waves in the Indian art world, by introducing a new subject to a centuries-old Hindu style of painting: scenes from the life of the Buddha. 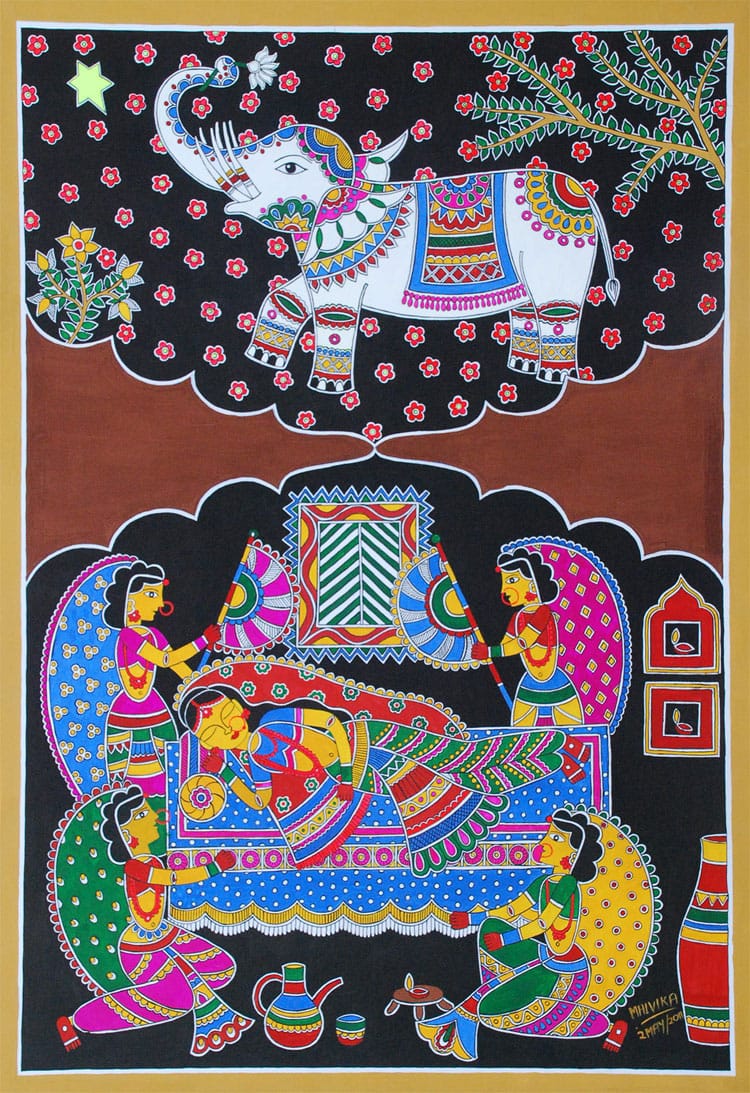 Malvika Raj has trained in the Madhubani painting technique, a traditionally female art form specific to the Mithila villages of India’s northeastern Bihar state. In Madhubani, simple household objects and natural pigments are used to paint scenes from Hindu epics such as the Ramayana and Mahabharata, natural elements, and typically Hindu symbols, with 2-D figures and intricate geometric patterns.

Inspired by her father, a devout Buddhist, Raj has begun exhibiting her Madhubani paintings of the Buddha’s life, and drawing the pointed displeasure of more conservative figures in her community. According to a recent feature in The Hindu, entitled “Art that subverts”:

“While [Raj’s] paintings were welcomed for display at Jehangir Art Gallery in Mumbai, locally in Bihar there have been several questions she has had to face. Recalling an incident, she says, ‘I remember a day in Patna Art College where I was exhibiting my paintings; a guy in saffron robe walked in and without even viewing all my paintings, he started irritating me with his nasty comments as how can I divert Madhubani from its original forms of Hindu gods and goddesses to Buddha and offered several other prejudiced analyses.’ These incidents happen, but she brushes them off by saying, ‘I paint Buddha’s stories in Madhubani because I think first of all Buddha stays in my heart. The starting reason might be my father who himself is a Buddhist. We kids often heard stories about Buddha and his preaching from him. Later on I studied some literature on Buddha too.’”

Raj’s creative path is made all the more challenging by her status as a Dalit, the caste regarded in the traditional Hindu social structure as “untouchable.” Inspired by the social reformer Dr. B.R. Ambedkar, himself a Dalit who embraced Buddhism and the Buddha’s teaching against arbitrary caste distinction, hundreds of thousands of Dalits in the last half century have rejected their caste status and converted to Theravada Buddhism. In this same spirit of rebellion against social inequity, Raj remains undeterred and sees the free expression of art as empowering, not restricting. She now trains other young Dalit women in Madhubani painting, and declared:

“I am a feminist and I strongly support women’s empowerment but Dalit women are considerably lagging behind in this movement and unable to move shoulder to shoulder along with other women in every walk of life as they are facing three-fold inequality and suppression — first, they are Dalits; next, they are women and lastly, [the] majority are uneducated and poor.” 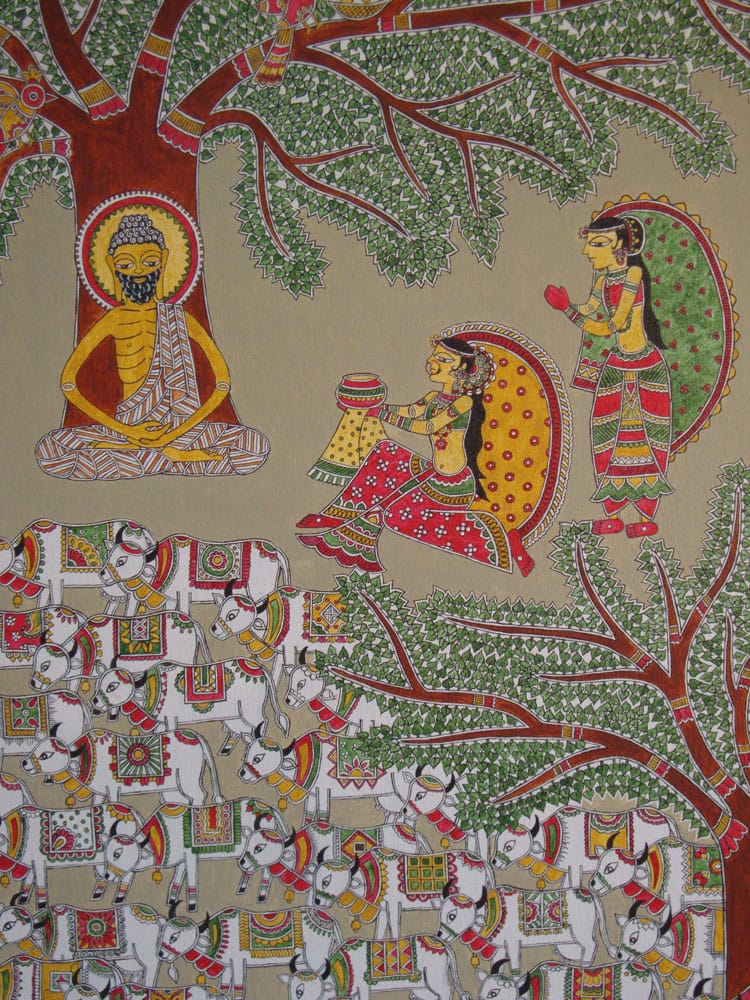 Malvika Raj, “Sujata,” depicting when the cowherd Sujata offered the ascetic Siddhartha a meal of rice and curd, giving him the strength for his final meditation in which he fully awoke as a buddha.