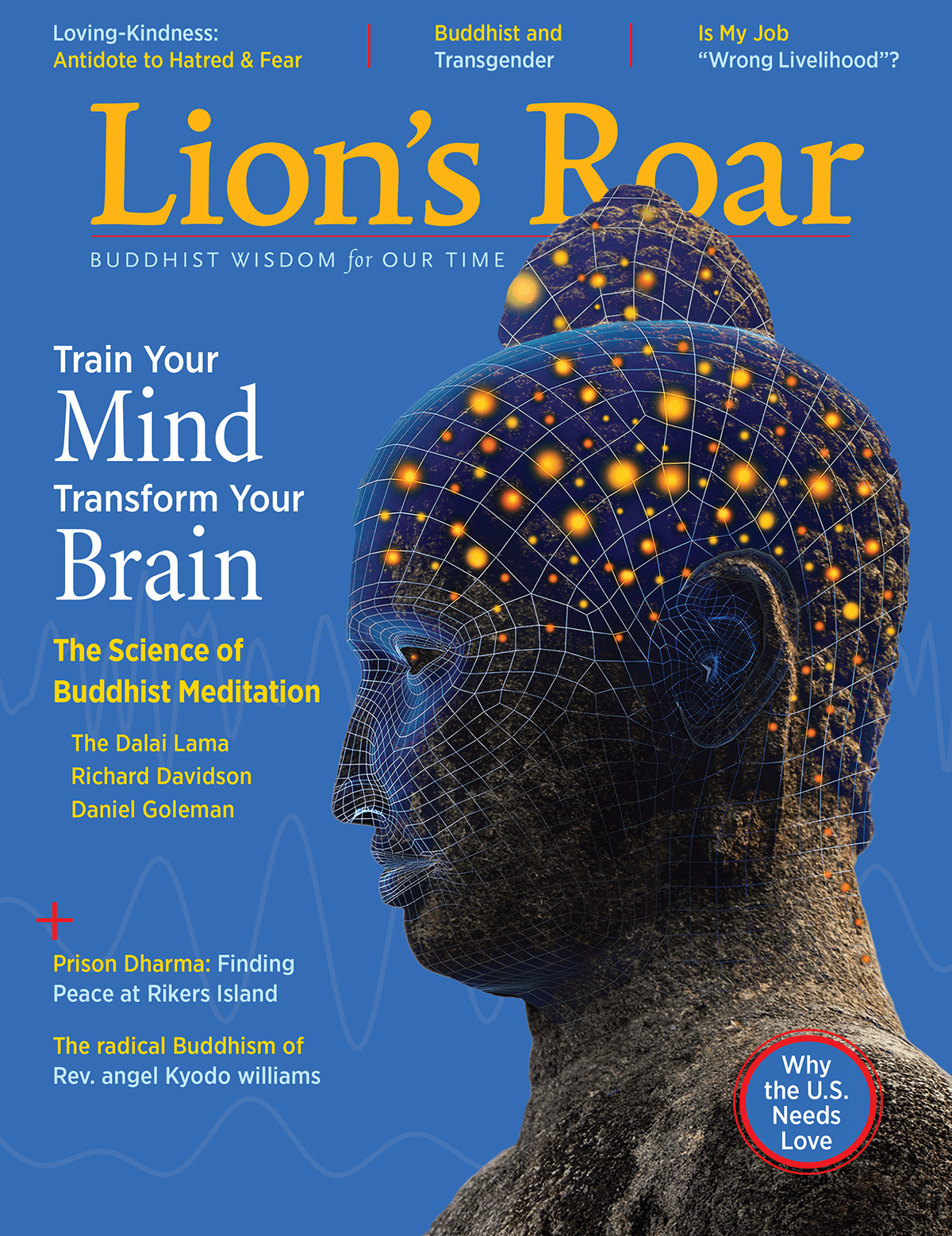 The January 2018 Lion’s Roar magazine explores the science of Buddhist meditation, with features on the science of mind and brain from the Dalai Lama, Richard Davidson, and Daniel Goleman. Inside, you’ll also find Van Jones and Lama Tsomo on why America needs love, the radical dharma of Rev. angel Kyodo williams, and more.

Train Your Mind to Transform Your Brain: The Science of Buddhist Meditation

EDITORIAL / WELCOME TO THE ISSUE

Yes, But Does It Work? by Melvin McLeod

How Meditation Changes Your Brain — and Your Life

When neuroscientists tested expert meditators, they discovered Buddhist meditation can alter deep-seated traits in our brain patterns and character. Daniel Goleman and Richard Davidson tell the story of this revolutionary breakthrough in our understanding of how meditation works.

What We Know and What We Don’t

While people have believed for thousands of years that meditation works, the search for scientific proof is just beginning. The team at Greater Good Science Center assesses the current state of the science — what we do, don’t, and might know.

Tony Bernhard isn’t afraid to get real when he teaches in Folsom Prison’s Psychiatric Services Unit, where men inside cages learn to meditate.

Many dedicated volunteers offer Buddhist teachings and practices in prisons across the U.S.

“I just want people to be liberated”: John DeMont on the radical Buddhism of Rev. angel Kyodo williams.

Love doesn’t mean we have to agree, but we don’t have to be enemies. CNN’s Van Jones and Buddhist teacher Lama Tsomo on how love lays the ground for real dialogue and change.

Why We Must March: Dena Merriam

Where I Make Sense: Finn Enke

How do you express your Buddhist values through political, social, or environmental activity? Readers respond.

Metta for a Troubled Time by Mushim Patricia Ikeda

Buddhism by the Numbers: The 5 Buddha Families
FAQs: Unmet Teachers, Bowing, Drowsiness & Agitation
Who, What, Where: The Rubin Museum of Art

HOT OFF THE PRESS

Seeing Beyond the Screen — Excerpted from What Now?: Meditation for Your Twenties and Beyond by Yael Shy

We review Beyond The Self by Matthieu Ricard and Wolf Singer, A Fierce Heart by Spring Washam, The Departure, a film by Lana Wilson, and more.