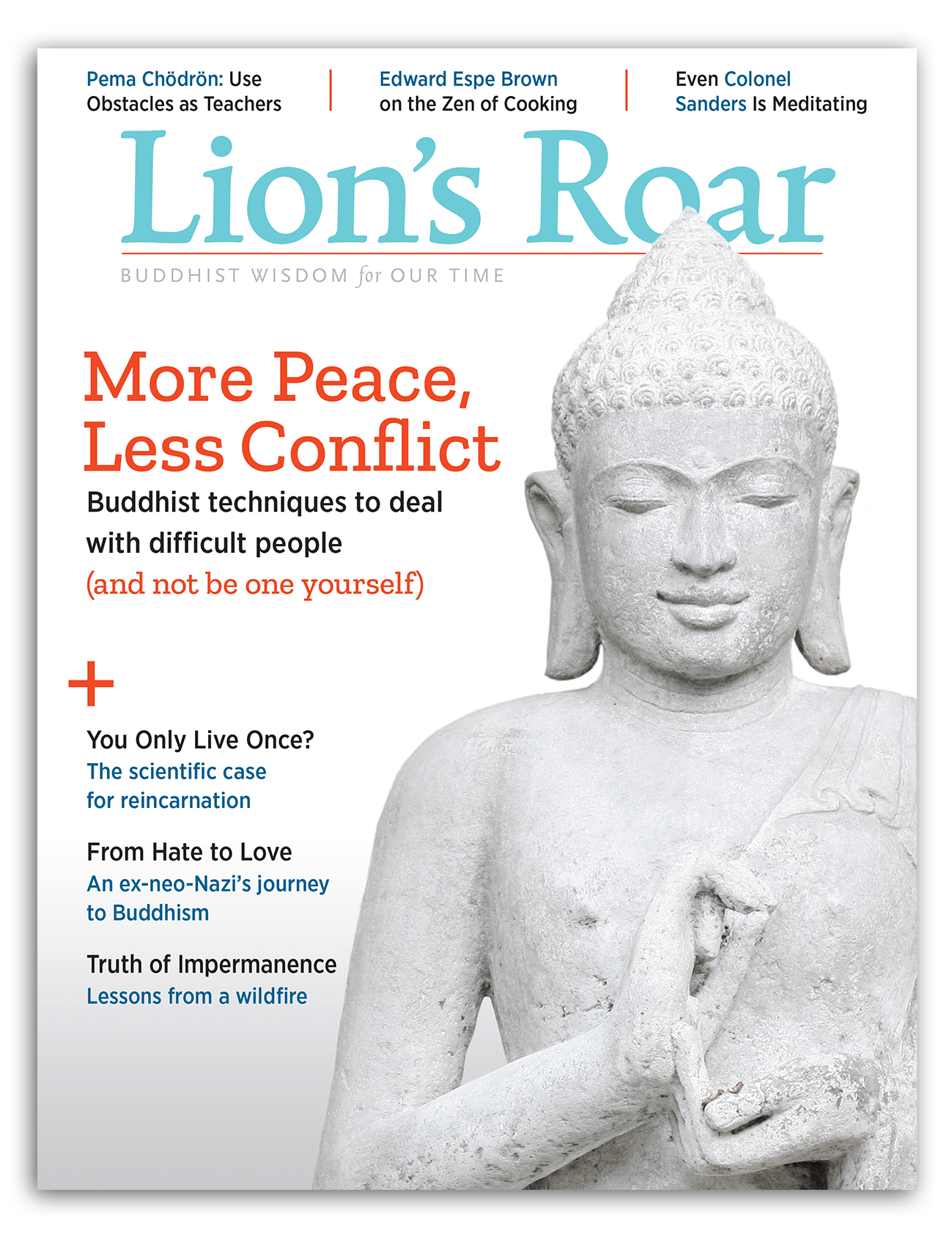 The May 2018 issue of Lion’s Roar magazine features Buddhist teachings on how to deal with difficult people and not be one yourself from Pema Chödrön, Norman Fischer, Karen Maezen Miller, and more. Inside, you’ll also find Tibetan Buddhist teacher Anam Thubten on the lessons he learned after his community’s retreat center fell victim to a wildfire, an exploration of the scientific evidence of rebirth, and more.

EDITORIAL / WELCOME TO THE ISSUE

A Difficult Problem by Melvin McLeod

HOW TO DEAL WITH DIFFICULT PEOPLE (AND NOT BE ONE YOURSELF)

It’s one of life’s biggest challenges. Seven Buddhists offer wisdom and techniques to help you handle it.

Forced to overeat as a child, Sharon Suh finally learns for herself what is enough.

LESSONS FROM A WILDFIRE

Instead of futilely fighting loss, says Tibetan teacher Anam Thubten, let it be your invitation to freedom and spaciousness.

FROM WHERE I SIT

Even the Colonel Is Meditating by Rod Meade Sperry

Fear of a Hot Planet by Lama Willa Miller

My Child Fears the Future by Sylvia Boorstein

Do you believe in rebirth?

Buddhism by the Numbers: The 3 Yanas
FAQs: Buddha’s Bump, Passivity, Churches
Who, What, Where: Pali Canon

You’ll find more Dharma FAQs and other articles for your beginner’s mind here.

HOT OFF THE PRESS

No Recipe: Cooking as Spiritual Practice by Edward Espé Brown

We review The Logic of Faith by Elizabeth Mattis Namgyel, The Mindfulness in Plain English Collection by Bhante Gunaratana, Work That Matters by Maia Duerr, and more.