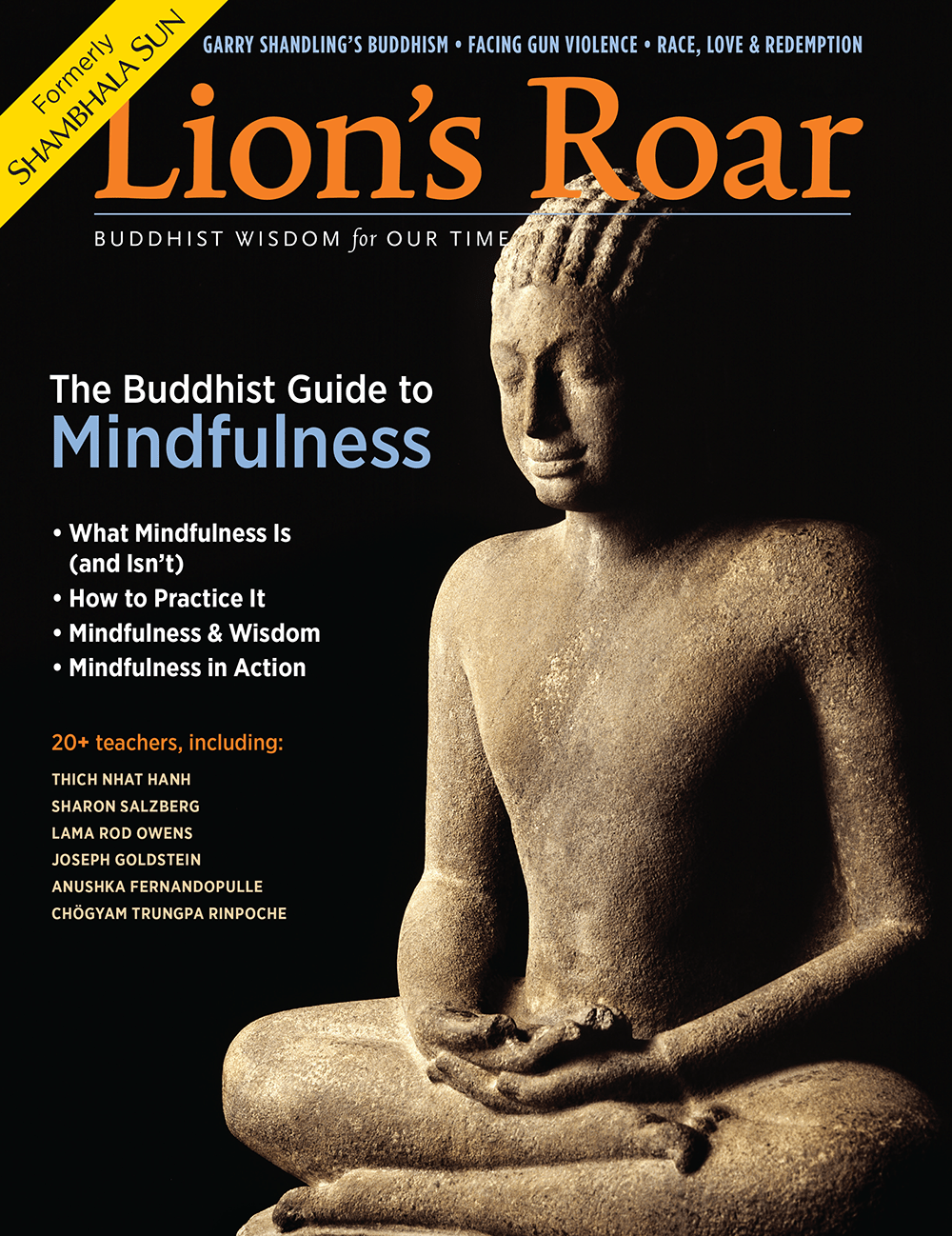 The September 2016 Lion’s Roar magazine (formerly known as the Shambhala Sun) is now available, featuring 20+ teachers on the Buddhist view of mindfulness — what it is, how to do it, how it benefits Buddhist practice, how it helps us be of benefit to others. Here’s a preview of the issue, along with a special online Lion’s Roar compliment to what’s inside.

The Buddhist Guide to Mindfulness

…and, in the magazine’s front section, The Moment:

Why We Go for the Gun, by Greg Snyder

The Stories We Tell: Marina Cantacuzino

To Our Dear Friend Garry, by Brother Phap Hai

Where is the most unexpected place you’ve meditated?

Buddhism by the Numbers: The Four Negations
FAQs: Christian and Buddhist?, Buddhism’s Problems, A Modern Reading List
Who, What, Where: Sayadaw U Pandita

Hot Off the Press