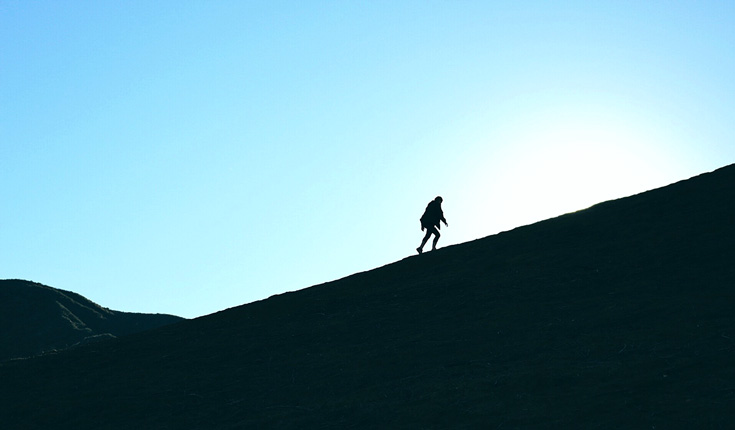 After my husband had suffered through a deep depression for over a year, he announced that he wanted a divorce and moved out. This was in 2008, when the U.S. economy was in recession, so I was immediately in crisis on every level, including financially. I was operating at a base survival level.

I went into treatment for situational depression, and my therapist, a tough older woman whose office was decorated with drawings of cowboy boots, placed me in a crisis support group that she led along with another equally fierce woman.

The two made it clear: everyone in our group was in crisis (not just “facing challenges”), and so the rules were that we weren’t allowed to talk about the past, say that we were traumatized victims in “freeze” mode, rationalize our own mistakes, or give advice to anyone else. The format for what you did in the group was strict: show up, state your crisis, state what actions you are taking or going to take to address it, listen to others, and go home. In that room, you weren’t allowed to remain silent. The atmosphere was tense and somber, and the dropout rate was high.

At one meeting, a young man showed up, concealing himself under a bulky jacket and baseball cap. He clutched a large duffel bag on his lap throughout the meeting. What had happened to him had been in the newspapers, he said, so he felt okay about sharing his story, which was that his wife and mother-in-law had murdered his own mother, in front of his three-year-old daughter. He was now single-parenting the toddler and working full time. I was still terrified and depressed, but I remember thinking to myself, “Well then, I guess my situation is workable.”

I learned about myself from sweating through these awful meetings. One thing I now know is that if my heart breaks and challenge escalates to crisis, I need to do two things. And you can do them too.

First, I need to not self-isolate, no matter how ashamed, confused, and vulnerable I feel. In short, call on your communities when you need them. Humble down and call a crisis line. Reach out to friends who are good in emergencies. Call on anyone who might be able to help you, and accept that help if it is wise. If you’re Buddhist, call on the sangha.

If it works for you, get down on your knees and pray. When my mother was dying of cancer, I found that helped me. As a Buddhist, I wasn’t praying to a Big Guy in the Sky and I wasn’t demanding anything. I was simply opening to the unknown. Born out of desperation, this practice of spiritual surrender has brought me much closer to devout Christian friends, and to what is sometimes called the Divine Indwelling, which is the central principle of Centering Prayer.

That extremely challenging time in my married life happened ten years ago now. And, actually, I guess I wasn’t in crisis on every level, because my spiritual life and faith remained intact. Deep inside myself, there was a tiny place, like a concealed treasure room, that wasn’t shell-shocked, that didn’t feel raw and exposed. It wasn’t big enough for me to use as a hideout. It was more like a generator room, fueled by bodhichitta (not only “my” bodhisattva vows, but collective energy and spiritual vow power) and with an emergency switch that clicked automatically to “high” when other power sources were compromised. Even in the worst of my misery, I could feel the faint hum of the universal source, still going, and keeping me going.

As a Buddhist teacher, I don’t have the power to heal your pain, but I know something about the challenges you’re facing, and I have faith: if I can do it, you can do it.