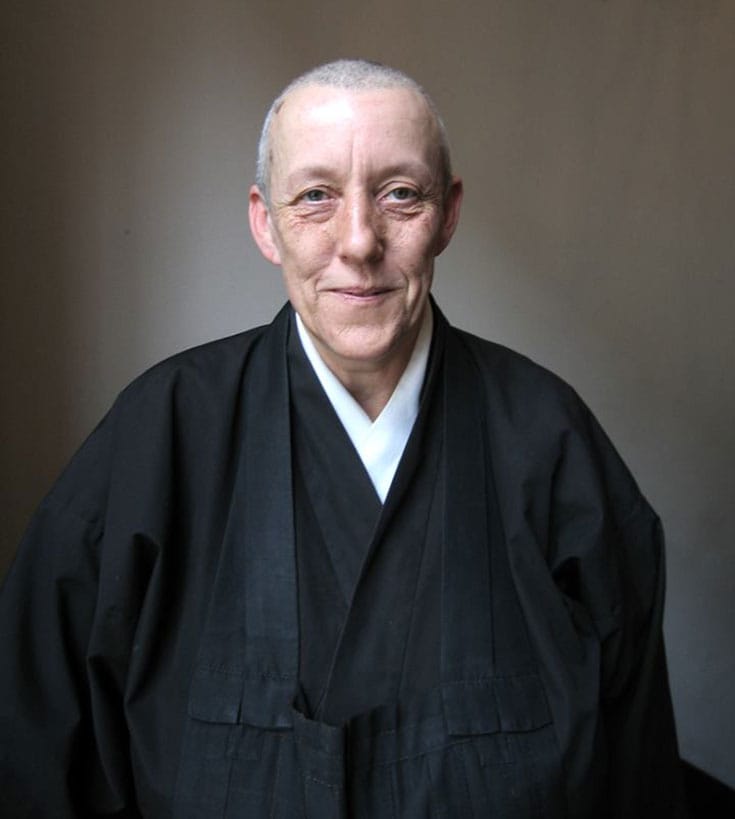 Junsei Jana Drakka, Zen priest and dharma heir to Zenkei Blanche Hartman, is in hospice, according to a message posted Friday on the San Francisco Zen Center’s (SFZC) Facebook page.

It’s with great sadness that we received the news that former SFZC resident and dharma heir to Blanche Hartman Jana Drakka is seriously ill: she has lung cancer which has spread elsewhere in her body. Jana is currently receiving hospice care at Jikoji Zen Center where she can look at the trees, hear the birds, and have the company of her cat which gives her much happiness and a distraction from the pain and suffering she is experiencing right now. She is still feisty — and will make you laugh. As she says in her words. “I’m dying you know, but it’s all a fabrication.”

Born in 1952, Junsei Jana Drakka became a Zen priest in 2001, and received Dharma Transmission from Zenkei Blanche Hartman in 2009. She has spent her past years offering ministry to low-income and homeless people, through meditation groups and counselling. She has done much advocacy work on the board of Religious Witness with Homeless People, “an activist interfaith organization, which unites diverse leaders and homeless individuals in the spirit of genuine compassion and to act with them in the struggle for justice.”

Her caretakers have put out a request for visitors; details can be found on Facebook.