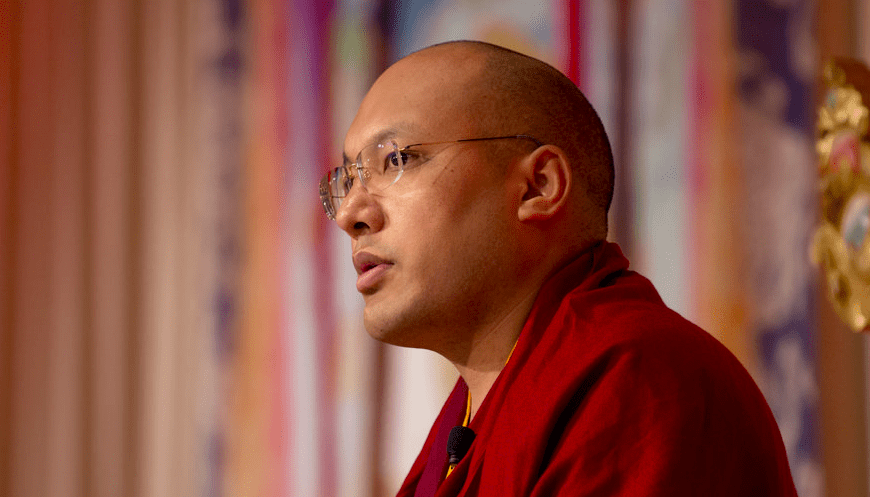 The Karmapa in Paris in 2016. Photo by Karmapas Foundation Europe.

The Karmapa has canceled a trip home to India due to health concerns, according a statement released by his office, Saturday. The Karmapa, the head of the Kagyu School of Tibetan Buddhism, toured the United Kingdom, Canada, the United States, and Germany this year. He cut his time in Germany short to visit his 80-year-old senior attendant, Gelek Kunchok, who had been hospitalized in New York.

According to the statement, while in New York, the Karmapa received a general health check-up, which revealed concerns.

The statement denied any ulterior motives for the Karmapa’s stay in New York. Rumors had suggested that the Karmapa had been seeking asylum in the United States.

“[The rumors] are false and should not be heeded,” reads the statement. “His Holiness is in the United States purely for medical reasons as outlined above.”

The Karmapa, 32, lives in Northern India. This trip marked his fourth visit to the United States.