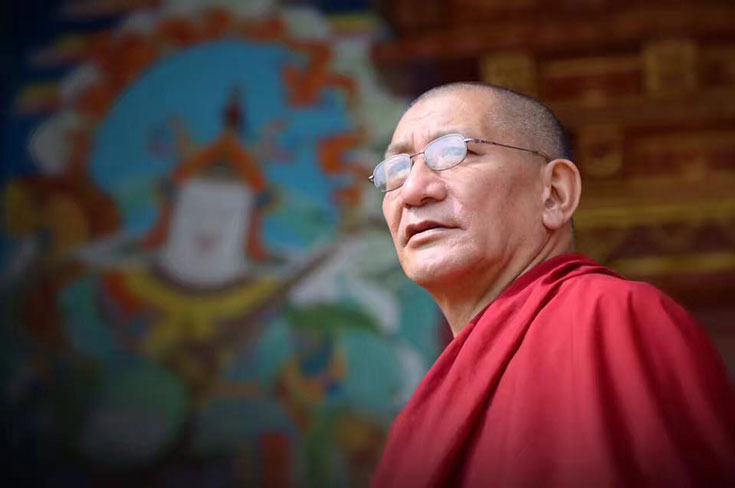 Kathok Getse Rinpoche, the seventh head of the Nyingma School of Tibetan Buddhism, has died, Tibet Sun reports. He was 64.

Getse Rinpoche, also known as Gyurme Tenpa Gyaltsen, was appointed the supreme head of Nyingma in January at the 29th Nyingma Monlam, the annual prayer festival in Bodhgaya, alongside five other Nyingma lamas. He was to serve as the head for three years, after which one of the other chosen lamas would take over for another three-year term.

Born in Golog, Tibet in 1954, Getse Rinpoche was recognized by the 16th Karmapa and other lamas as the reincarnation of the third Kathok Getse Rinpoche, Gyurme Tenpa Namgyal, who died in 1952. From a young age, he studied with and received empowerments from many masters, including His Holiness the 14th Dalai Lama. 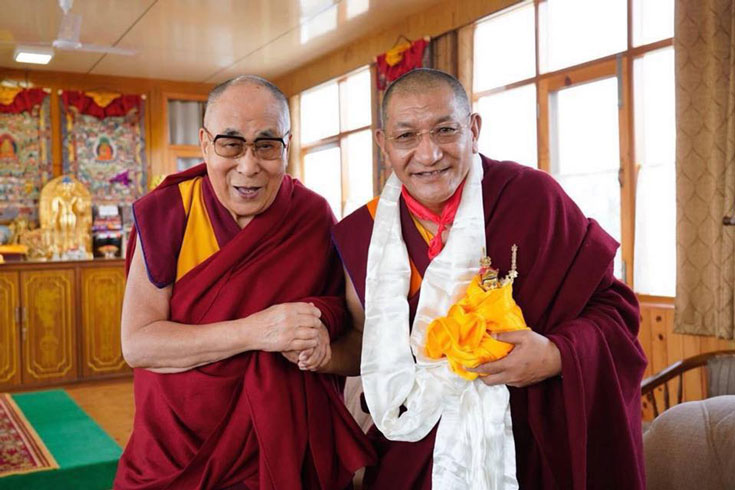 His Holiness the 14th Dalai Lama and Kathok Getse Rinpoche. Photo via Facebook.

After coming into exile in 1997, Getse Rinpoche spent many years in retreat in Nepal, where he was the leader of Katok Ritrod Monastery, one of the main monasteries within the Early Translation School of the Nyingma lineage in Tibet.

His Holiness the 14th Dalai Lama wrote of Getse Rinpoche: “Katok Getse Rinpoche, like his previous incarnations, illuminates the teachings of Nyingma, the first Buddhist doctrine of Tibet, and embodies a great living legacy of the Buddhist teachings.”

Update, November 22: An earlier version of this article said that Getse Rinpoche died following an automobile accident. That detail has been disputed and so it has been removed.