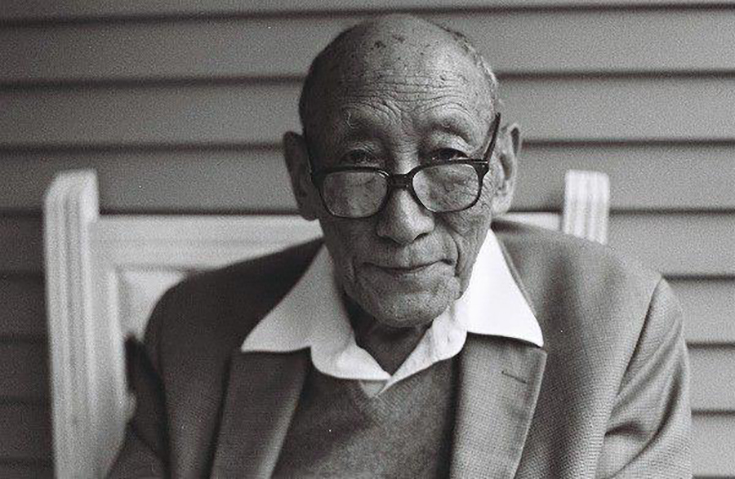 Khyongla Rato Rinpoche. Photo via The Tibet Center on Facebook.

Khyongla Rato Rinpoche, founder of The Tibet Center, reincarnate lama, and scholar of the Gelugpa order of Tibetan Buddhism, passed away on May 24, 2022 in Dharamsala, India.

The news was announced on The Tibet Center’s website. “Venerable Khenpo Rinpoche Nicholas Vreeland is with him and is currently performing prayers along with Rato monks in Rinpoche’s presence,” the statement read. “Venerable Vreeland asks us to kindly say prayers on Rinpoche’s behalf.”

Khyongla Rato was born in 1923 in southeastern Tibet in the Dagyab region of Kham. In 1928 at the age of five, he was recognized as the reincarnation of the ninth Khyongla by senior Gelugpa monks and taken to a monastery on horseback on his sixth birthday, where he was installed as its spiritual head.

Over the next 30 years, Khyongla Rato trained intensively in Tibetan Buddhist tenets and meditation and earned his Lharampa Geshe degree — a degree regarded as the highest and most important geshe degree, typically requiring 26 years of monastic study to pass. When he completed his degree, he entered the Gyuto Tantric college, and was chosen as one of the scholars appointed to examine His Holiness the 14th Dalai Lama when he completed his own Lharmapa Geshe degree.

In 1959, Khyongla Rato fled the Chinese invasion of Tibet to India, and eventually to Europe, followed by the United States. In 1968, he moved to New York City, where he founded The Tibet Center, a Buddhist meditation and study center, in 1975. He served as the director and main teacher of the center for over thirty years. Since its founding, The Tibet Center has hosted many important Tibetan masters, as well as spiritual teachers from a number of faiths and schools outside of Tibetan Buddhism, including the Chan, Therevada, and Zen Buddhist traditions, as well as Christian, Jain, and Hindu practitioners and scientists and philosophers.

Throughout his life, Khyongla Rato helped to author several texts on the grammar, literature, and Tibetan Buddhist history. His autobiography, My Life and Lives, was first published in 1977.

“The passing of this highly respected teacher is a great loss for his students and the world,” the Foundation for the Preservation of the Mahayana Tradition (FPMT) wrote in their announcement of Khyongla Rato’s passing. “Please pray for the continuation of his good works far, far into the future.”