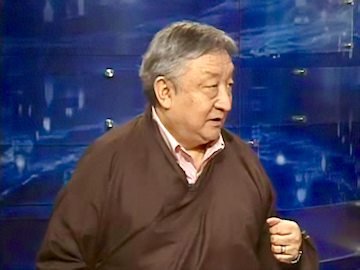 Lodi Gyari, the former special envoy of the Dalai Lama, died on October 29 in San Francisco, aged 69. Gyari was the Dalai Lama’s chief diplomat in the United States and, later, China.

Appointed the special envoy of the Dalai Lama in Washington, DC, in 1990, Gyari garnered widespread support for the Tibet cause in Washington. When he retired in 2012, the US Senate passed a resolution honoring his service and commending his achievements in building support for Tibet.

A post on SaveTibet.org quoted actor Richard Gere, who is also the chairman of the board of the International Campaign for Tibet, saying, “Lodi was my dear friend and partner and mentor for over thirty years. He created a life of great meaning and sacrifice that will resonate for many generations—throughout the Tibetan and non-Tibetan world. He was extraordinary.”