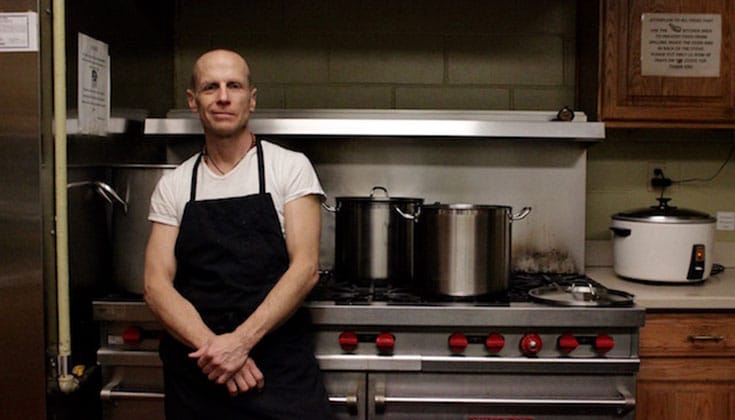 Rev. Daiken Nelson, a Zen Buddhist priest and former social worker, began offering free culinary training in Harlem last September to  those who’ve faced employment challenges. His program, the Mandala Kitchens Project, is open to anyone, but is geared towards those who could use some extra support — the formerly homeless and formerly incarcerated, as well as veterans, and those challenged by substance abuse and mental health issues.

The six-week program is designed to give participants “better-than-entry-level skills.” Nelson teaches all the different elements of working in food service: from a variety of different cooking techniques, working with vegetables, meats, sauces, and baking to the  skills needed for landing and maintaining a job, such as showing up on time and working in a team, as well as studying for the Food Handler’s Certification test.

“We want them to be able to walk into a place and say, ‘Oh sure, I know what you mean when you say small dice,’ and ‘I’ve made a béchamel sauce for macaroni and cheese,'” says Nelson.

Nelson has been employed in restaurants throughout his life, starting in high school and college, and worked as a social worker for many years. He began his Zen Practice twenty-seven years ago in his home state of Iowa, and later practiced at the Zen Center of Los Angeles, where he was ordained by Nyogen Yeo Roshi in 1996. He went on to study with Roshi Bernie Glassman, Sensei Jishu Holmes, Roshi Pat Enkyo O’Hara, and Roshi Joan Halifax.

In 2013, Nelson received his Shiho/Dharma Transmission from Sensei Paco Genkoji Lugoviña, after which he was “pushed out of the nest, and told to go forth and do good, to manifest practice.” The work he does now brings his many skills and passions together in an inspiring manifestation of his practice. Nelson is the Guiding Teacher at Pamsula Zen Center in Harlem, and his catering business, Mandala Kitchens, caters local events to help finance the free culinary training. 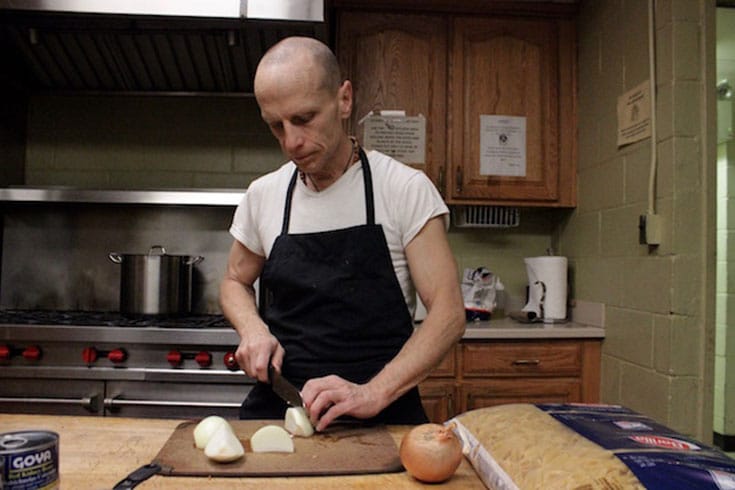 “We would start sessions with several minutes of meditation. Both for people’s personal lives as well as for working in a stressful environment, which many kitchens can be because of some of the egos that wind up there,” he says.

The training runs on Mondays and Tuesdays, and on Wednesdays, the group cooks with The Satya Sai Baba Community of Manhattan for their weekly meal, utilizing the kitchen of a local Episcopal church to prepare the food. This gives participants the opportunity to cook for a big group, and to give back to the community.

Nelson received about 60 applications to his training program following a Metro article on his project. The latest session began at the end of January, with five dedicated participants.

Eventually, Nelson would like to open a “community-based pay-by-donation, pay-what-you-will café,” in New York City, a place he envisions having “performances, music, and art on the walls.”

(An alternate version of this piece is found inside the July 2017 Lion’s Roar magazine.)