Liberate Meditation features a collection of talks and guided meditations from Buddhist teachers of color. 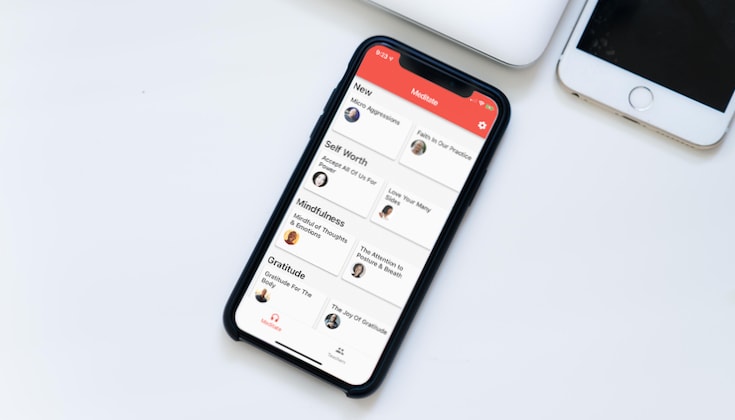 Liberate Meditation launched earlier this month with the mission to support the Black, Indigenous, and People of Color community. The free meditation app features dharma talks and guided meditations by Buddhist teachers of color, like Ruth King, Gina Sharpe, and Mushim Patricia Ikeda.

“We want to help empower people, not only to meditate, but to show them that there’s something you can do about your suffering,” Julio Rivera said, founder of Liberate Meditation. “We can help each other get free and be liberated.”

The content addresses a variety of topics, from dealing with microaggressions to cultivating loving-kindness for difficult people. Once recent addition to the collection is a dharma talk by Jan Willis on the intersection of Buddhism and racism.

Rivera, who identifies as Afro-Latino, felt empowered, safe, and understood when he joined his first people of color sangha at New York Insight Meditation Center. The sangha became a second home for him, until a commitment tied up his schedule and prevented him from attending, which led to feelings of disconnect, isolation, and anxiety. Unable to find many resources online for practitioners of color, Rivera decided this was an opportunity to utilize his background in startups and app development.

“I want folks of color all over the world to know that they are not alone,” Rivera said about why he created the app.

Liberate Meditation, which is available for Apple and Android, allows the user to search for content either by meditation or by teacher. In the meditation section, content is organized into categories, such as mindfulness, gratitude, and self-worth.

The dharma talks clock in at around 25 to 30 minutes, and meditations can be tailored from five to 20 minutes, depending on how much time users want to dedicate. After each meditation or talk, there is an opportunity to rate the overall experience and provide feedback. “We continuously see how touched people are,” said Rivera. “A few people have mentioned in their ratings that they cried during their meditation and were able to release pent up emotions. To me, that makes all the challenges and sacrifices that come with building a business worth it.”