A toppled old oak tree reminds Lin Jensen of his own impermanence. “In all that goes down, there lives a going up,” he says, “This is reassuring when you’re witnessing the end of something.” 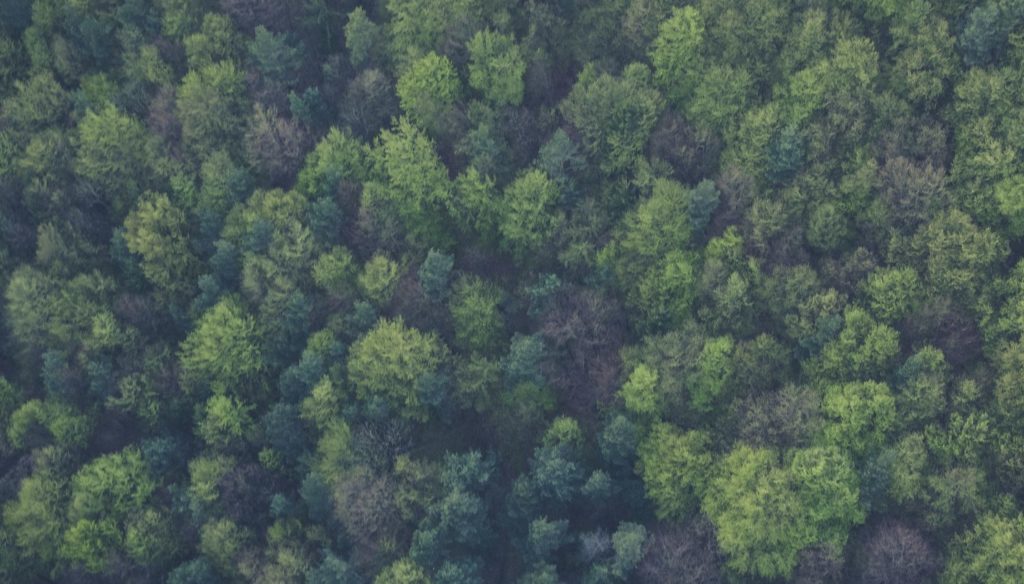 Photo by Markus Spiske on Unsplash.

The first I saw of the oak were its raw roots crusted with mud and tilted up into the air so that the whole root ball projected six or eight feet above my head. It was a massive valley oak, its great trunk sprawled out on the ground to a length the equivalence of two railroad cars. It had been raining for weeks and a night wind had brought this ancient elder crashing to the valley floor. How many centuries had this old oak stood, spreading its arching limbs above the grassy undergrowth? It would already have been an old tree when the Maidu harvested its acorns long before European settlers first stood in the cooling shade of its summer leaves. And I, such a latecomer with such an abbreviated life, can only look and wonder at the demise of something so long-lived. Nothing lasts forever, does it?

Carcasses of these old trees lie all about me here in the woods, strewn on the forest floor by storms of past years, just as my life is strewn with the carcasses of things and people I’ve loved: fallen friends, a mother, father, brother, and a whole county of farms and small towns buried under malls and subdivisions. I’ve somehow outstayed so many and so much that my very survival is sometimes felt by me as an affront to the fallen. This toppled oak is just another instance of the natural law of impermanence. But I’m lately struck by the realization that impermanence is the source of all continuity. Nothing survives to live another day but that impermanence propels it onward. It is impermanence that underwrites the everlasting.

If you walk in the woods, you can’t help but observe how a fallen tree eventually rots away, leaving a legacy of enriched forest soil where something new springs up in its stead. The same thing has been happening on the street where I live. Several aged widows have passed away, their old houses subsequently occupied by young couples who have fixed up the old structures and proceeded to house new families in them. In a neighborhood where we were all growing old, infant strollers are going up and down the sidewalks once again. Impermanence is midwife to the newborn, new life springing from the womb of the old. Things rise and fall, rise and fall. In all that goes down, there lives a going up. This is reassuring when you’re witnessing the end of something.

This toppled oak is just another instance of the natural law of impermanence. But I’m lately struck by the realization that impermanence is the source of all continuity.

Many years ago, I awoke in a room I’d rented at the rear of a stranger’s house. It was my first morning in these unfamiliar quarters after having moved out of my home of twenty-four years at the request of my wife who no longer wanted to be married. She’d apparently fallen out of love. The closet in this rented room of mine was mostly occupied by someone else’s clothing, with just enough space left for what little I had. I’d thought to bring hangers and so set about to hang up my things in the portion of the closet allotted me, but it felt intrusive of these stranger’s clothes that my clothes must hang next to his. Besides, up until a few hours before, my clothes had hung in a closet of my own in the second story bedroom of a house I’d built with my own hands. That was where my clothes belonged. That house was home, where my son and daughter had grown into adulthood.

A fallen tree never rights itself nor will I ever go home again and see my clothes hanging neatly in a closet of my own design and familiarity. So where’s the quality of continuity in a circumstance like this? The continuity exists in that you don’t get the next moment until this moment passes. The future, any future, depends on the demise of the past. When a relationship fails, an uncharted space opens up in its absence. The rejected husband’s future lies in his coming to terms with a stranger’s closet and a life of unforeseen options as yet unknown to him. The tree falls and rots fully away, but seedlings of future promise come to occupy the vacuum left behind.

For all its distress, a failed relationship, a lost job, a missed bus, or mortgage payment beckons an unavoidable beginning. When my wife asked me to move out, I felt pretty miserable at first. A colleague of mine at the college where I taught had been divorced five years earlier and he assured me that I could expect to suffer for “at least three years.” He did me a big favor with that forecast, because I thought it over and decided that I had no intention of relegating the next three years of my life to continuing misery. Instead, I got curious about what I might make of my new circumstance. Of course, I didn’t know at the time know what I would make of it, and that fact itself was energizing. One thing I can thank my wife for is that her decision to go it alone resulted in the same for me, and made of me a traveler in new territories and relationships. 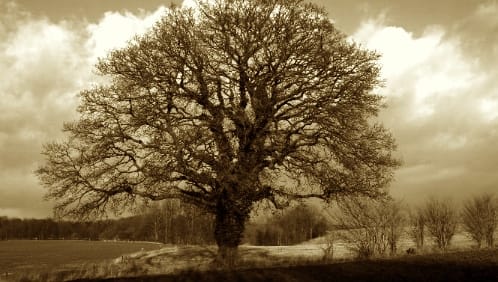 Well, I’m much older now and remarried. I have my routines, but life has never lapsed back into the merely predictable or familiar. I don’t know what tomorrow will bring, and I like having it that way. Aging is itself an agent of impermanence. The flesh gradually atrophies and the bones ache a little, signaling the end that is to come. I’m discovering aging to be an interesting uncharted journey. It’s not that there’s no distress in growing old. Most of us can reconcile ourselves to running a slower 10K as I have had to do, but struggling to walk up a set of stairs or involuntarily peeing your pants might be quite another thing. But I’m curious to see what will come with old age, and I’m not planning to make myself miserable by resisting its advance.

I’m curious to see what will come with old age, and I’m not planning to make myself miserable by resisting its advance.

I dreamt the other night that I was in an underground shelter, a large concrete space with stairs leading up to the street. There seemed to be some sort of threat present like that in a World War II air raid shelter where neighbors huddled in anticipation of falling bombs; only in the dream the threat was somehow more generalized and vague. It wasn’t clear what the threat was or where it came from.

Except for one old wrinkled woman, thin with pinched lips and brittle gray hair, I was the only one there. I was old myself. The old woman stood facing me, and for all the ravages age had wrought upon her, her eyes, looking into mine, were remarkably clear and present. We were the only two people left in the world so far as either of us knew. “Are you afraid?” she asked. “A little,” I said. “I think I’ll just rest awhile,” I added. I laid down and stretched myself out on a blanket seemingly spread there for just this purpose. The old woman stood over me for a bit, and then said, “I think I’ll rest too.” She lay down on the blanket alongside me where we stretched out together in some sort of uncertain anticipation of what was to come. I had the sense we would never rise again. Then this stranger of which I had no prior knowledge curled up to me and lay her head on my shoulder. I held her close.