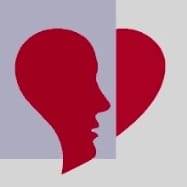 Mindful divorce may sound like a contradiction in terms, but that’s what Judge Michele Lowrance tries to practice in her courtroom.

Lowrance, a former divorce lawyer who has been a domestic-relations judge in Cook County, Illinois, since 1995, doesn’t teach meditation from the bench, but she does apply her experience as a Buddhist meditator in guiding the couples who play out their struggles in her courtroom.

After years of watching the techniques Lowrance used bring about better outcomes, her deputy and clerk encouraged her to write a book. Lowrance told me that The Good Karma Divorce teaches techniques that enable people to move through divorce “without cauterizing their wounds and putting difficult emotions into deep freeze. It helps them give forgiveness a chance.”

Although some forty percent of marriages in the United States end in divorce, it is still treated as an aberration. Hence, people are ill prepared for it and do it poorly, often damaging lives for a very long time. After ten years, about a third of the people “are still in full combat,” Lowrance says, “and the effect on children is devastating.”

The court system is not designed for healing, Lowrance says, yet healing is one of the main things divorce needs to be about. One of the central methods she developed is having the parties write a list of their fears and their aspirations. The very act of writing can be an act of mindfulness, Lowrance discovered, and it can defuse emotionality. Once they’ve made the list, the parties begin to work with the fears one by one, reaching agreements to mitigate them for each party. “They are practicing saying yes, to opening, to seeing the other’s viewpoint. When they’ve resolved about 90 percent of the fears, and the most difficult ones are left, I ask them whether they’re willing to throw out the 90 percent they’ve come together on in order to emerge the complete winner on the remaining issues. You’ve created a recipe for saving your family, your children, for creating a template to lead a better life. You want to throw that out?”

Ultimately, Lowrance is working toward apology and forgiveness. People want to avoid disharmony and struggle, Lowrance says, but when it emerges in life, as it inevitably will, one needs to go deeper. “Divorce is just another of life’s crises. It can be a metaphor, in fact. When life brings us difficulty, we tend to want to come up with our own neat package of simplistic truth—‘She ruined my life,’ etc.—but the world is complex, chaotic, not black and white. In order to end up with a neat package you have to buy into a storyline that suits the way you want it to be. Your storyline may end up strangling you. If you appreciate how karma works, you begin to look at the bigger picture, and the pain you experience can help you reorient how you approach the rest of your life.”

Lowrance discovered Buddhist practice on a trip to Bhutan at about the time she started on the bench. She started attending retreats led by Thich Nhat Hanh, and she’s inspired by the Dalai Lama, who says he never enters a meeting with an adversary before seeing himself in their shoes. “Every day, before I go onto the bench, I meditate on being in the situation of those in my courtroom.” This practice is key to helping people move from recrimination and suppressing emotions to forgiveness and healing.

Lowrance credits Buddhist practice with giving her the perspective needed to do her work effectively. “Buddhism remodeled all of my perceptions, all of my emotions. In my professional life, I swim in a swamp of negativity. Buddhism taught me never to come from a visceral emotional place without purifying thought, putting it through a lens that sees everyone’s humanity. I’ve become a judge who’s not judgmental.”