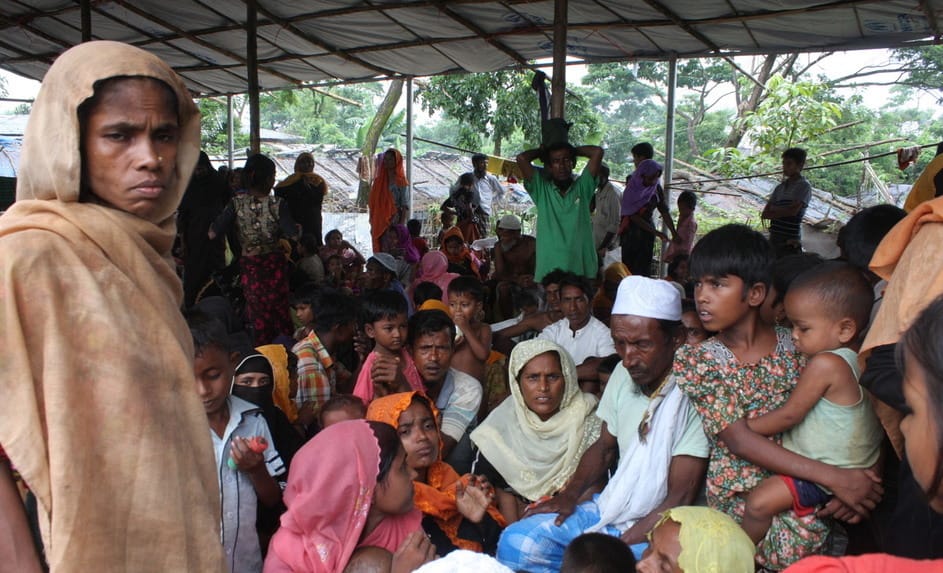 (This post has been updated since its original publication on September 6, 2017)

20,000 refugees are fleeing violence in Myanmar each day, according to the International Organization for Migration. The United Nations estimates that in less than a month, more than 420,000 refugees have crossed the Naf River from Myanmar into Bangladesh.

The Rohingya refugees allege that the Myanmar military has committed massacres and arson. The UN puts the death toll at 1,000 people, so far.

Aggression towards Rohingyas has simmered in Myanmar for decades, stoked by Buddhist nationalists. Buddhist leaders, including the Dalai Lama, Sister Chan Khong, and Jack Kornfield, have denounced the violence (as too, now, has UN Secretary-General Antonio Guterres) and called on Nobel peace laureate and Myanmar leader Aung San Suu Kyi to protect the Rohingya people. Similarly, some figures have denounced Suu Kyi herself. She has yet to speak publically about the latest outbreak of violence.

UPDATE: On September 19, Aung San Suu Kyi spoke in a televised public address in which she addressed the Rohingya crisis in Myanmar. She stated that she is “deeply concerned” about those caught in the conflict, but stated Myanmar’s government needed time to investigate ”what the real problems are” in Rakhine state.