This month, Under the Bodhi Tree, a musical about the life of the Buddha, premiered off-Broadway in Manhattan. Jennifer Keishin Armstrong reviews the show. Photos from A. Jesse Jiryu Davis. 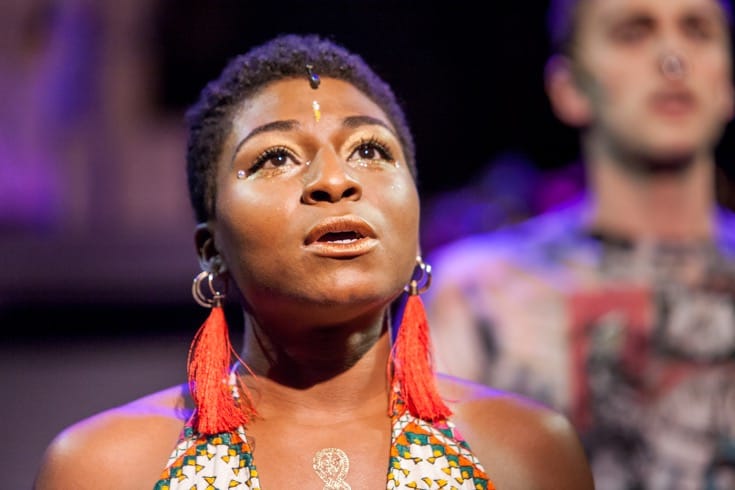 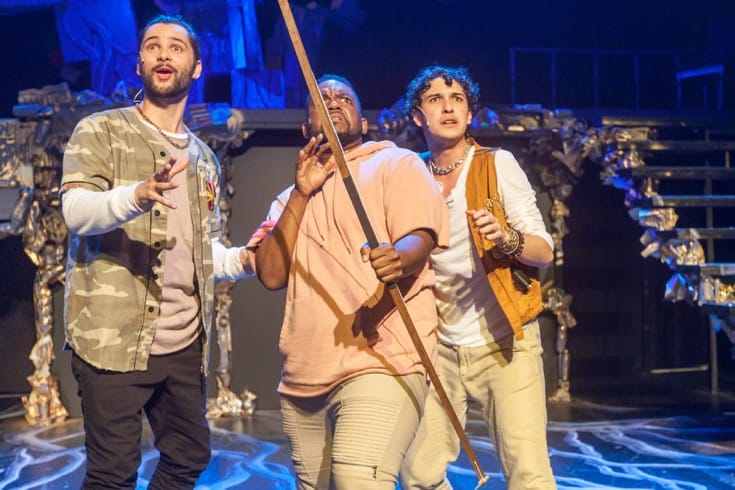 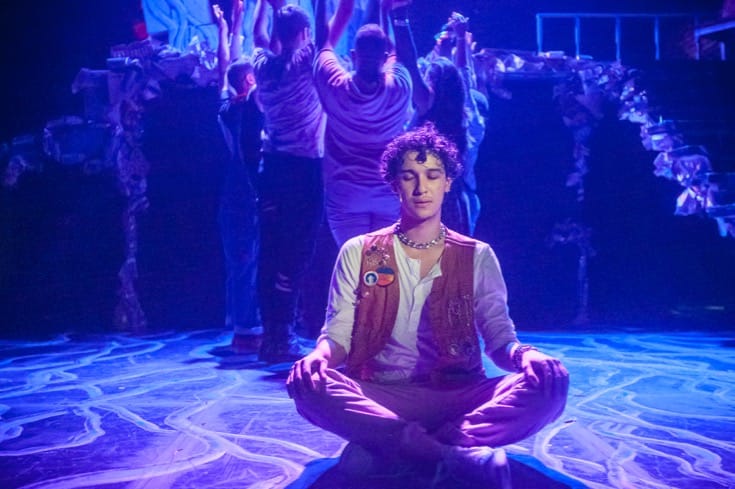 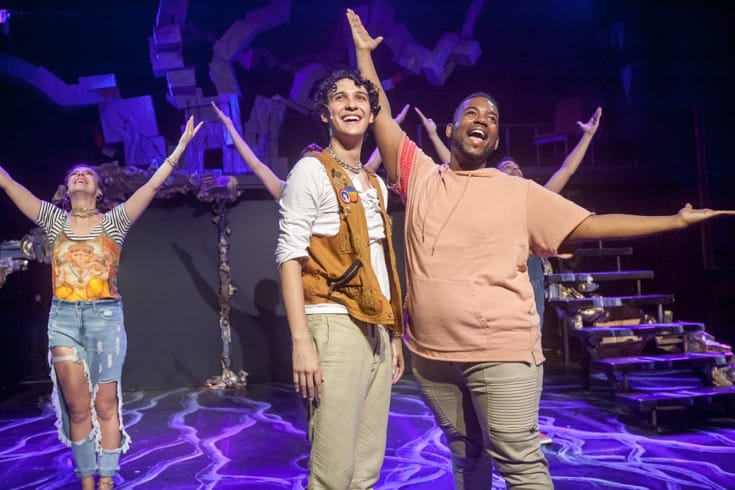 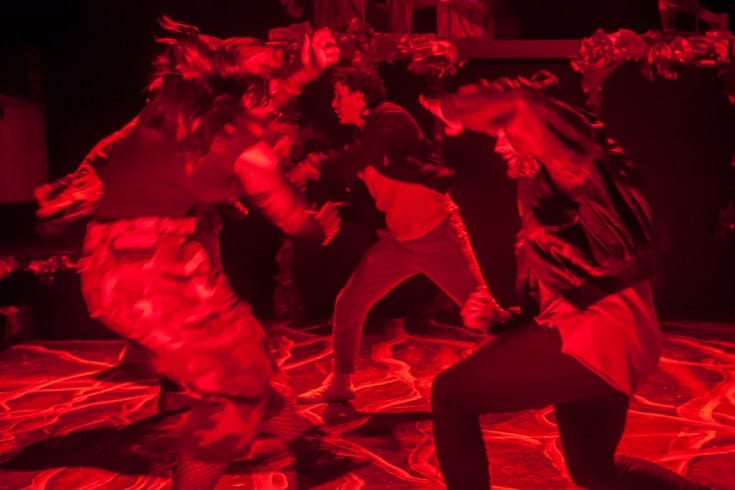 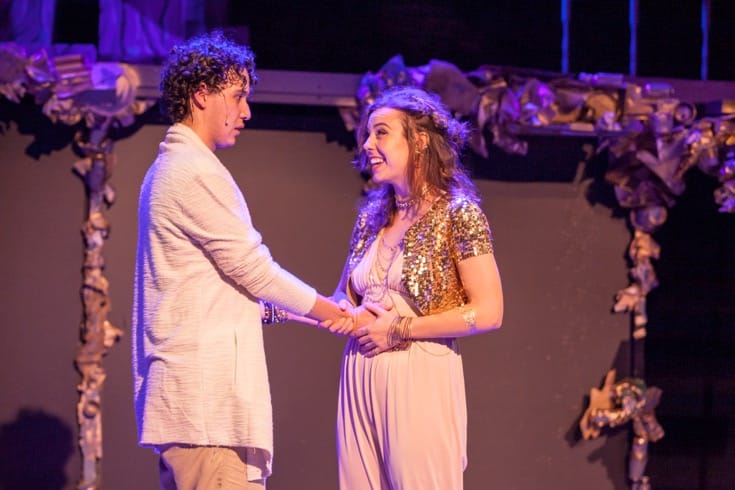 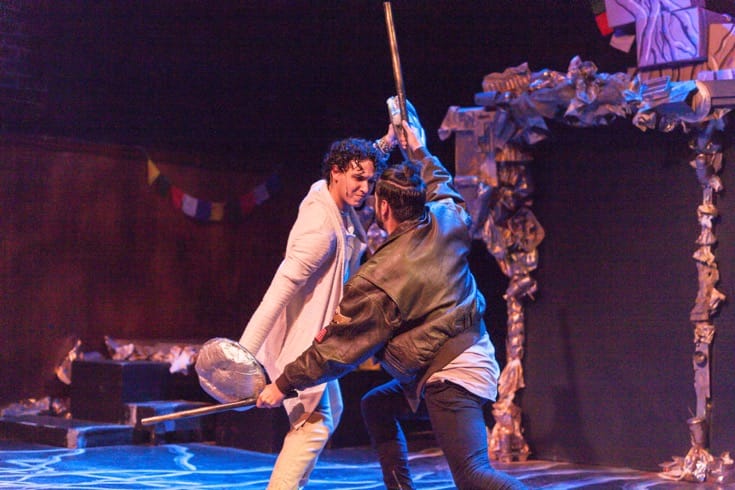 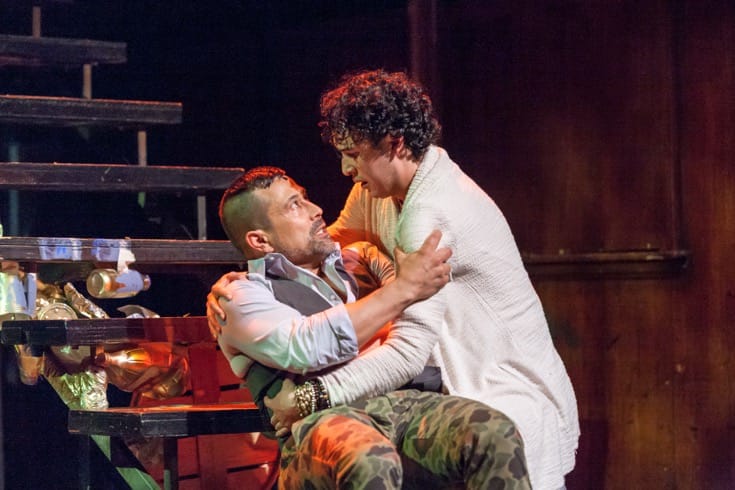 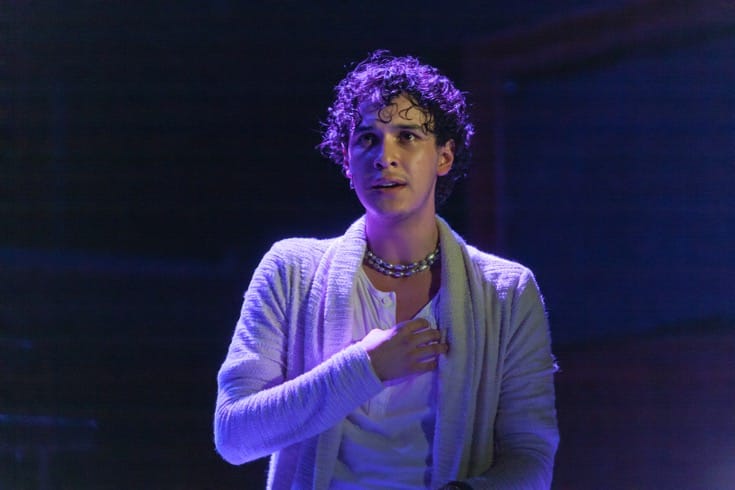 <
►
>
Aleksa Kurbalija as Debadatta, Charles Barksdale as Chantaka, and Joshua Grosso as Siddhartha. The young nobles have killed a deer and Siddhartha is horrified by its suffering.

On a recent Tuesday night, an audience of about 50 settled into a small, black box theater less than a block from Broadway. Over the next two hours, they’d learn about the life of Buddha the same way patrons of other nearby theaters were getting to know Alexander Hamilton or Sunset Boulevard’s Norma Desmond—through original, rousing song-and-dance numbers. Under the Bodhi Tree, which started as a Korean script written by Jingoo Lee and Julie Song, follows Siddhartha from his royal childhood, through his noble marriage, and eventually on his journey away from his family and toward enlightenment. The diverse, ten-person cast just finished a 12-day run at the Royal Family Performing Arts Space, and producers are hoping to bring the show to festivals and regional theaters throughout America as well as to create a Korean tour.

The production aims to make Siddhartha’s life and teachings accessible to young, modern audiences, with an introduction set in current day featuring characters suffering over everything from pennilessness to lack of likes on Instagram. As the play moves into Siddhartha’s time, the future Buddha himself comes across as timeless, wearing simple white cotton and played by Joshua Grosso with naturalism—not to mention a killer Broadway voice and a luminous presence.

Many of the other characters are blatantly styled in Rent-like punk and played with a modern edge. Siddhartha’s childhood sidekick Chantaka wears a pink sweatshirt and moto-style jeans, providing comic relief—though not all of the audience, many of whom were clutching Korean translation sheets, seemed to get his jokes. (For instance: “You look like you need some moral support. I’d offer, but my morals are questionable.”) Jordan J. Ford appears as Siddhartha’s snarky tempter, Mara, in a kilt and combat boots that would be at home in the current Tony darling Natasha, Pierre, and the Great Comet of 1812. One of the cast members wears a Nirvana band T-shirt throughout—get it?

Even if it doesn’t become the next Jesus Christ Superstar, Under the Bodhi Tree is a delightful way to spend an evening—and remember why we practice.