Natalie Goldberg wanted to survive, but so did the cancer inside her. Drastic action was required. 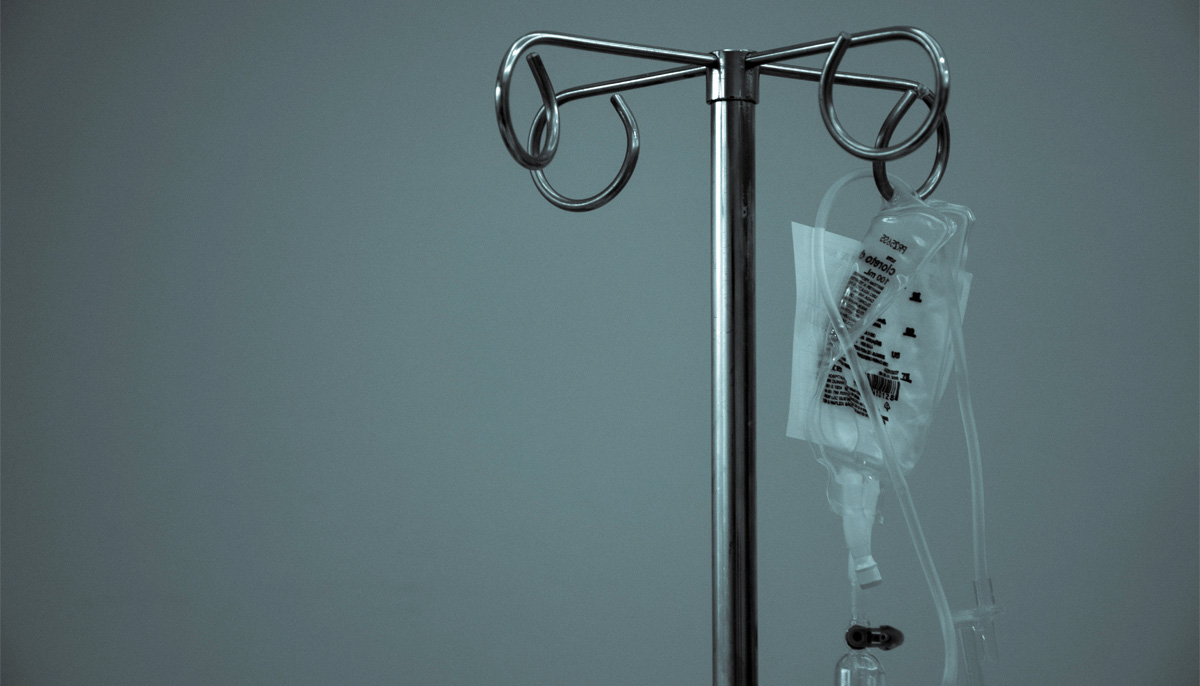 Cancer doesn’t hurt by itself; instead, it moves in on organs—the lymph system, the lungs, kidneys, intestines, even the tongue and the brain—and cuts off vital functions. I liken it to mistletoe, suffocating and strangling the branches of the piñon in the mountains around my home. Nothing personal. The mistletoe wants to live—everything wants to live. Working in my garden, I watch this imperative to survive—the roses, the poppies, the raspberry plants, even the young cottonwood, twist over each other and over the fence to get sun.

Cancer cells come from the body. That’s hard to contemplate. We think of cancer as a monster from another planet, but it’s our planet, only slightly twisted, turned, reeling. In my case it was the white cells. They begin in the bone marrow, but the cancer cells don’t fully develop, so they can’t fight disease. They either fill the bloodstream or park in the lymph nodes.

My rage was against time. Not now, I said. I am in the fullness of my life.

We all have cancer cells, but usually our immune systems recognize those cells and destroy them—or, as one oncologist explained, they are recycled through the spleen and are used again. Nothing wasted.

But with cancer, the body stops defending itself, can’t recognize the cancer cells to stop them.

I meditated in the morning and spoke my thoughts to those alien cells. Listen, you are young, not well developed. You don’t know better, but it’s time you leave. Do it of your own volition: This is a warning. A war will be waged against you. You’ll be destroyed. This was my gesture toward nonviolence, toward my friend John Dear, the Jesuit nonviolent activist. This was my gesture toward his work, a nod to King and Gandhi.

On another day I told them: We’ve traveled together for a long time. It’s time to go our separate ways. Adios.

I did not feel hostile. My rage was against time. Not now, I said. I am in the fullness of my life. I know at eighty I will still not like it, but for God’s sake, leave me alone now.

My acupuncturist said her Indian teacher often repeated: You do not want to run neck and neck with cancer. You want to step in front of it and stop it in its tracks. Meaning, don’t mess around trying herbs, potions, incantations. Cancer must be terminated.

I wanted my illness to be something simple, resolvable with the right homeopathic pills dissolved under my tongue. Or some spiritual, exotic problem. Too much dry heat in my liver or kidneys. Definitely curable by some kind of herbs. Something outside the realm of the medical profession, with its long hygienic halls, oppressive lights, and rigid appointments. My friendly attempt at relationship with cancer was absurd. Cancer cells won’t leave on their own. Most every friend who had cancer and did only alternative medicine is now dead.

I had to enter the strange industrial cancer world. The big machines, the sterile rooms, the multimillion-dollar research. I knew I had to do this. I wanted to survive. I wanted my best chance.

Postscript: For more than three years, treatment has been working well for Natalie Goldberg. But, she says, she doesn’t count on anything.