After interviewing more than 850 witnesses, the UN says the Myanmar military is “killing indiscriminately.” 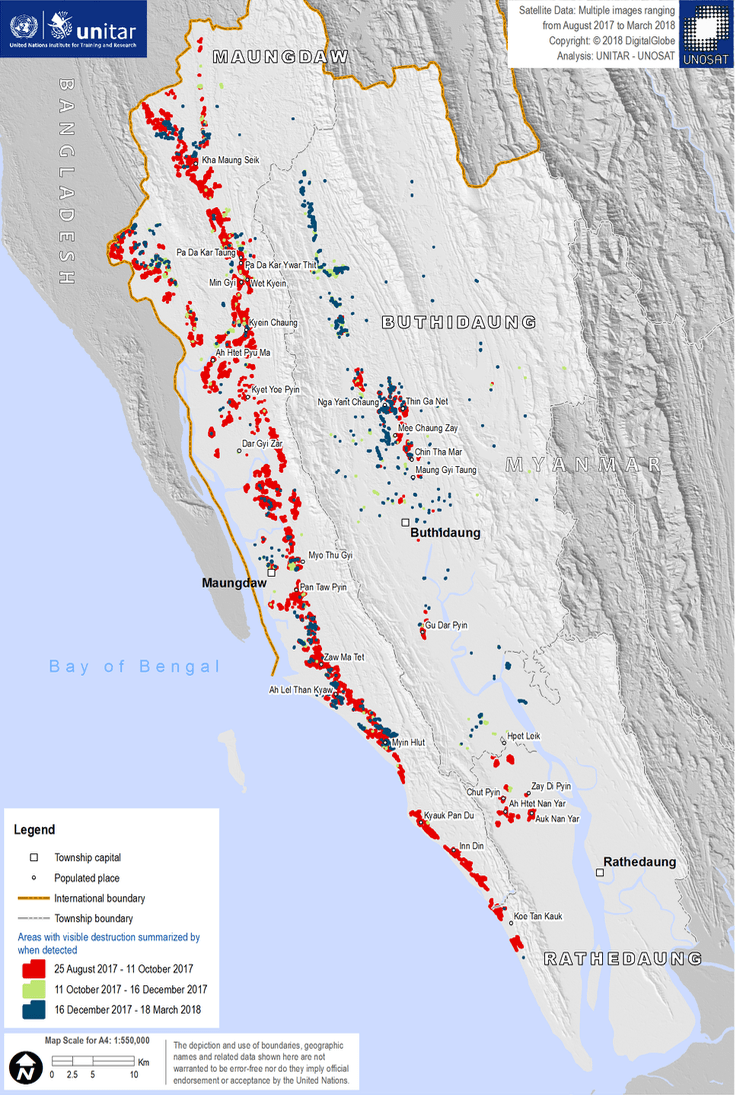 On Monday, the United Nations Human Rights Council released a report that accuses Myanmar’s military of committing acts of genocide against Rohingya Muslims.

According to The Guardian, UN investigators interviewed more than 850 witnesses who fled the country, despite being denied access to Myanmar by the government. The UN found that the military was “killing indiscriminately, gang-raping women, assaulting children, and burning entire villages” in Rakhine, Shan, and Kachin states. Investigators found evidence of murders, imprisonments, enforced disappearances, torture, rapes, sexual violence, persecution, and enslavement. In northern Rakhine, investigators also found evidence of mass extermination and deportation. In conclusion, the UN stated that senior officials in the military were responsible for war crimes and crimes against humanity.

The Guardian said the UN report will likely anger Myanmar’s military and government, both of which have stated that the military’s actions were an appropriate response to Rohingya “terrorists” who attacked security forces last year. The military’s own investigation into the matter cleared the army of all wrongdoing.

The UN report comes a year after the most recent upsurge of violence against the Rohingya began. An estimated 25,000 people have been killed and 700,000 have fled to Bangladesh. The UN has called for Myanmar to be investigated by the International Criminal Court in the Hague. In light of the report, observers are now calling for prosecution.

“The international community has the responsibility to act to insure justice and accountability,” said Tirana Hassan, director of crisis response at Amnesty International. “Failing to do so sends a dangerous message that Myanmar’s military… is free to commit such atrocities again.”

As a Muslim minority in the predominantly Buddhist country, the Rohingya people have long been persecuted. They are not considered one of Myanmar’s 135 official ethnic groups due to a citizenship law in 1982 that has left them effectively stateless.