The 18-meter-long Buddha and the figures sitting on it are reconstructions of famous classical works. 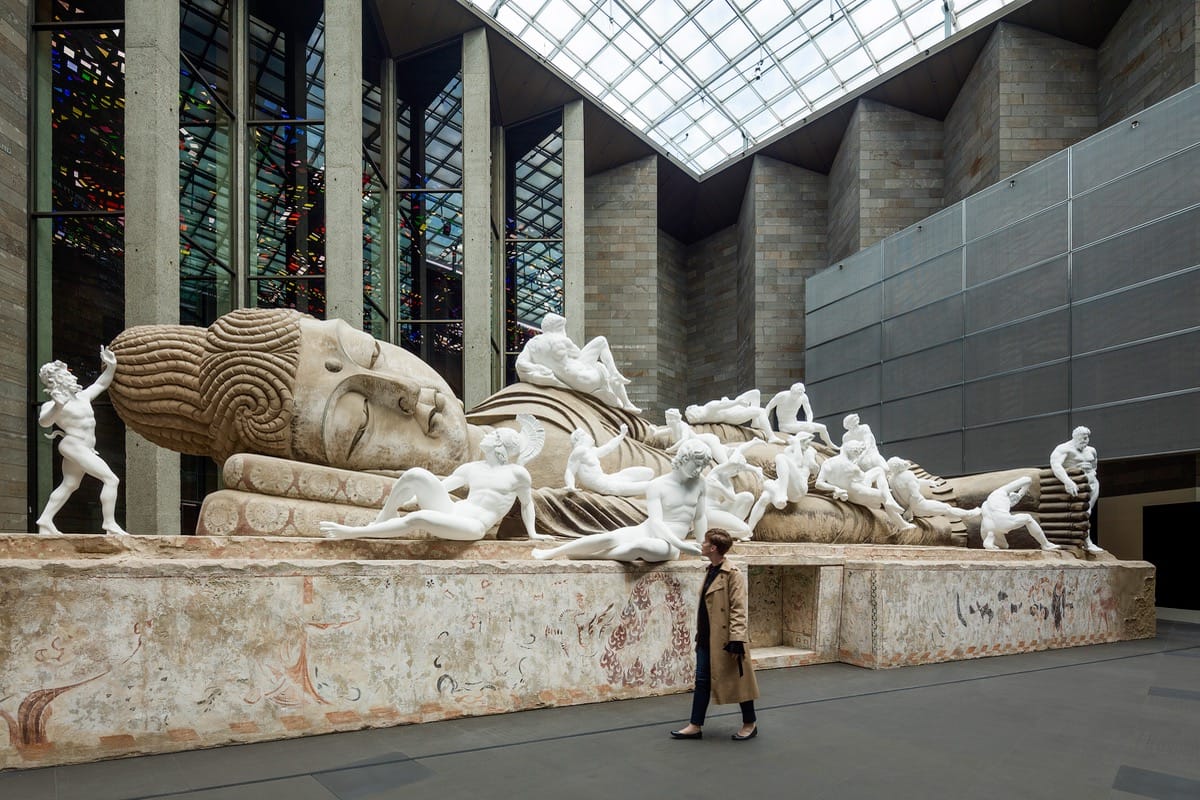 The National Gallery of Victoria (NGV) in Melbourne, Australia, has unveiled Eternity-Buddha in Nirvana, an 18-meter-long sleeping Buddha statue covered in replicas of famous Western sculptures.

The artist, Xu Zhen, is a Chinese contemporary artist whose work deconstructs assumptions about traditional Chinese art, and examines the intersections of East and West. 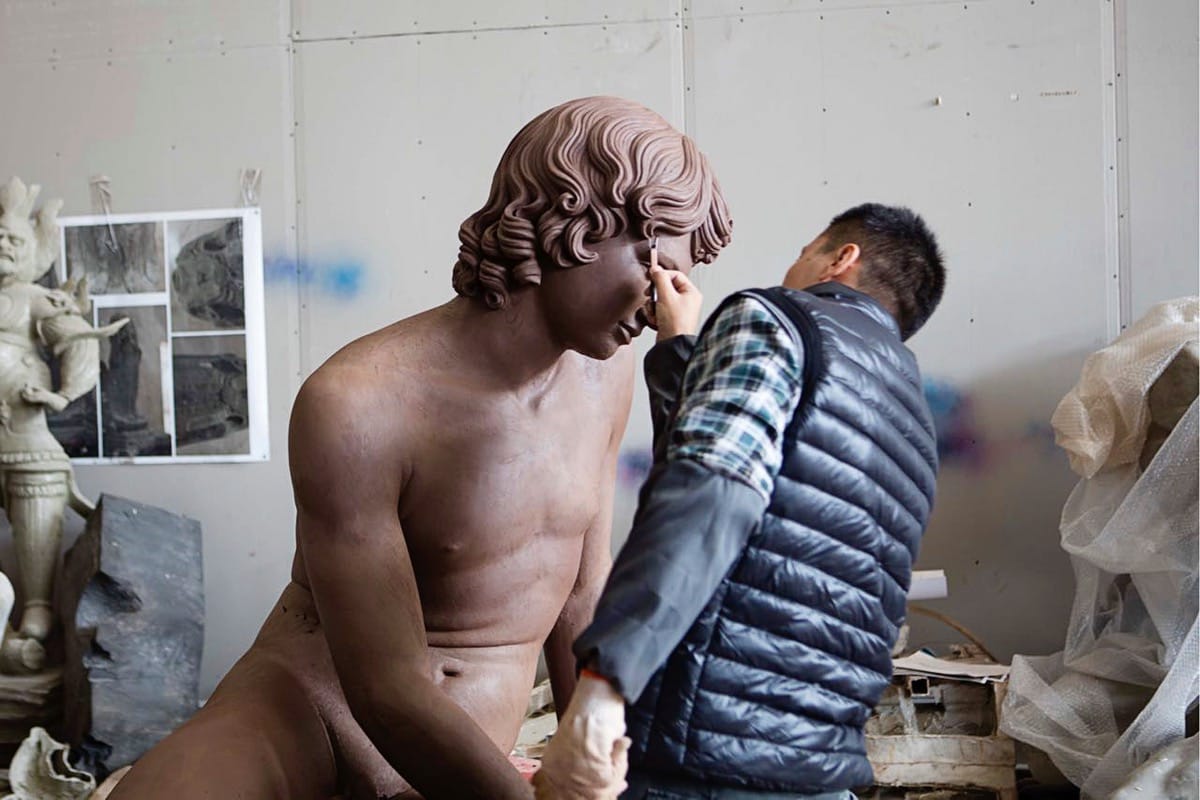 “Juxtaposed and assembled together… I believe that this kind of combination represents a new form of creative culture in our age,” Zhen said about Eternity-Buddha in Nirvana.

One of the largest works commissioned for the NGV, the exhibition is part of Zhen’s Eternity series that aims to merge classical masterpieces and transcend cultural differences. The sleeping Buddha is a form that dates as far back as the High Tang Dynasty (705-781), while the Western replicas are taken from various renowned Greco-Roman, Renaissance, and Neoclassical statues. 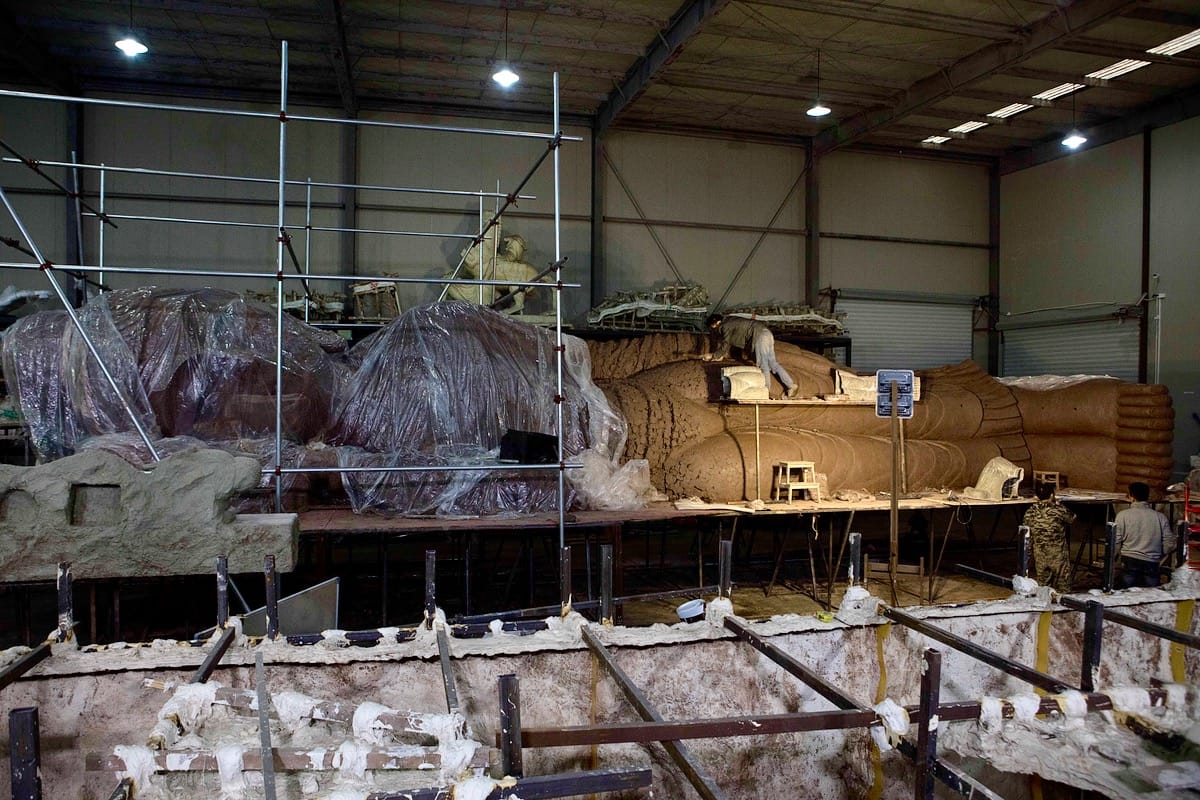 With special permission, Zhen used 3D scans of a sleeping Buddha statue in one of China’s northwestern caves to design his replica. Cut into 12 pieces, with the head of the Buddha weighing 1.3 tonnes, the whole piece took months to ship from China and weeks to assemble in the NGV foyer.

A large team of Zhen’s staff and studio workers assembled the piece, hoisting sections of the Buddha into place and then installing the 14 Western figures around it. 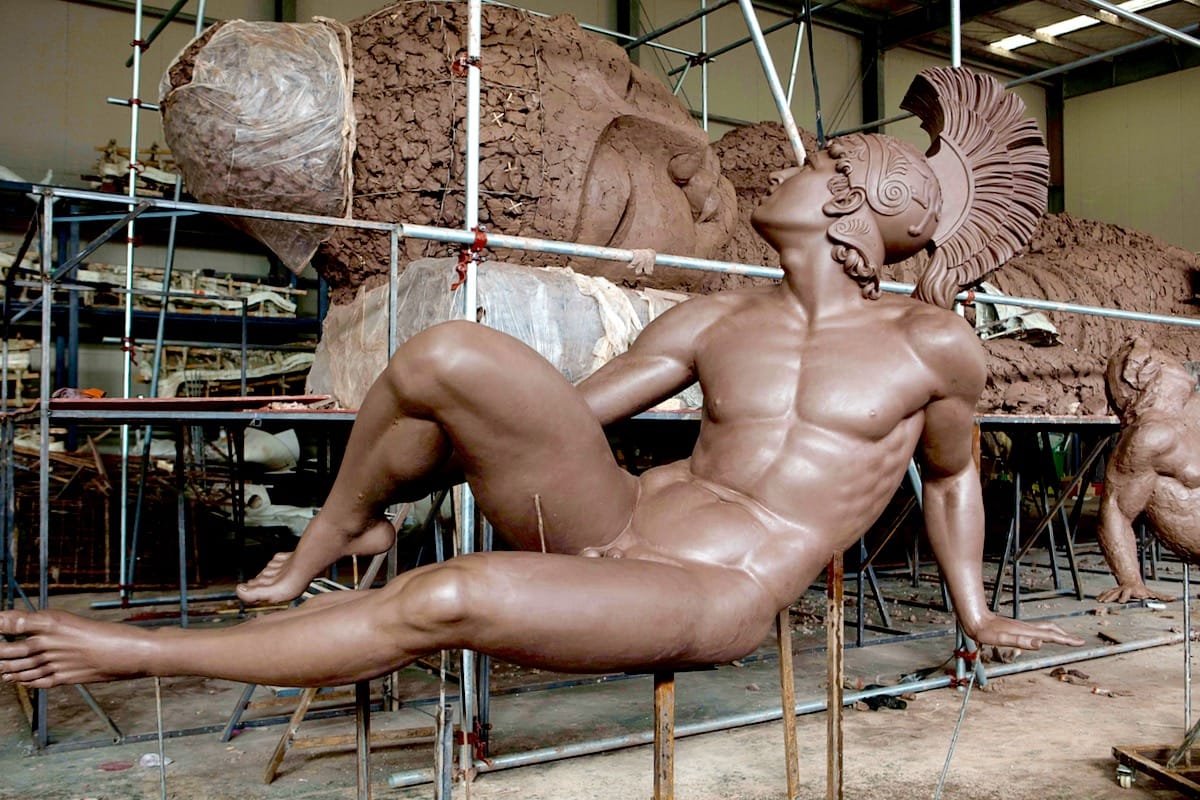 Tony Ellwood, the Director of the NGV, told The Guardian that he hopes people will be inspired by the sheer ambition of the work, both in terms of scale and cross-cultural harmony.

“It’s about this sense of an imagined harmony if the world came together,” he said. “I hope everyone sees it as a project that is very inclusive and very welcoming.”

Eternity-Buddha in Nirvana is part of the NGV Triennial, which is a celebration of contemporary art and design that features work from over 100 artists and designers from 32 countries. The NGV Triennial is set to open on Dec. 15.