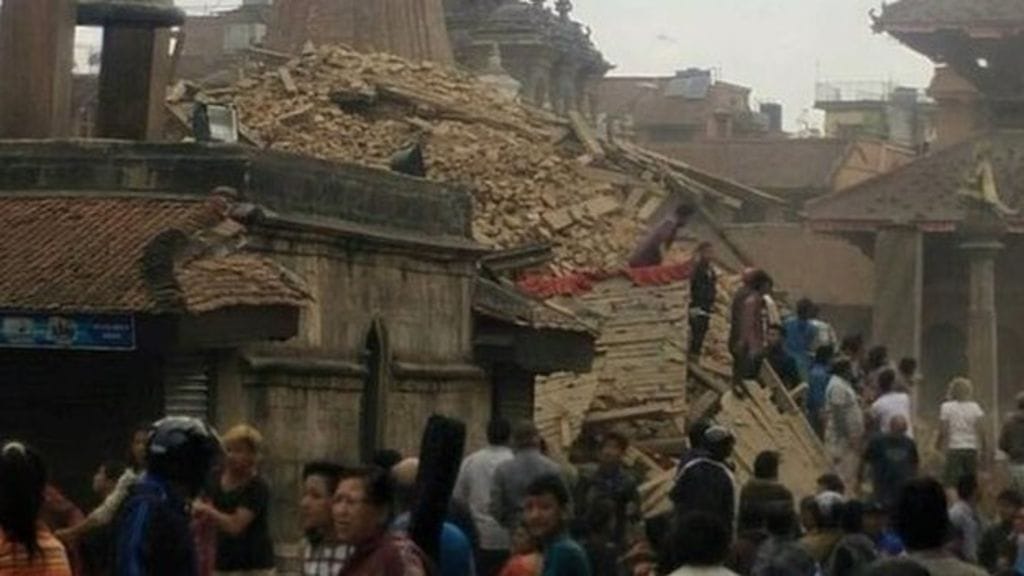 [Updated May 1 pm EST] On Saturday morning, an earthquake of 7.9 magnitude struck Nepal, causing extensive catastrophic damage. Initial reports from the country’s Ministry of Home Affairs claimed the death toll to be somewhere around 100-150, but these were updated throughout the day, rising to 1,400 and continuing upward in the days following. As of Friday morning afternoon, the death toll has been placed at more than 6,000—with a final total of 10,000 being a reported possibility.)

Click here for how you can contribute to relief efforts.

The quake took place at 11:41 local time, with aftershocks continuing, including a major aftershock (registering 6.7) taking place on Sunday morning. The earthquake’s impact was extensive, with related tremors — and deaths — being reported at the Nepal-China border, in Bangladesh, and in Tibet. Tremors were also felt in New Delhi, India.

On Mount Everest, avalanches were seen. In Kathmandu, (population 1,000,000), countless homes, buildings, and landmarks have been seriously damaged: the famed Bhimsen Tower was felled, and the Boudanath stupa was been severely cracked. A photo of the latter was shared by the Facebook account of Dilgo Khyentse Fellowship – Shechen: 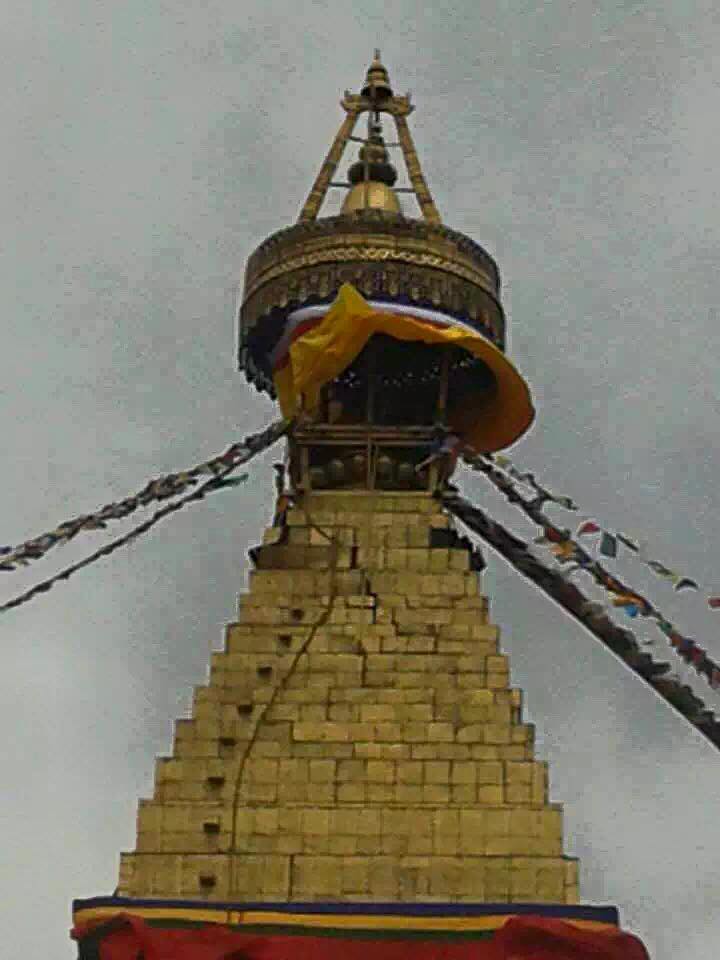 Many other Buddhist organizations and teachers weighed in via social media as well, offering condolences, prayers, and updates. Click here to read updates from Thrangu Monastery, Kopan Monastery, Tsoknyi Rinpoche, the Karmapa, the Dalai Lama, and many others.

The Latest on Nepal Quake: US Soldiers Stay in Nepal to Help (April 27)

How you can help