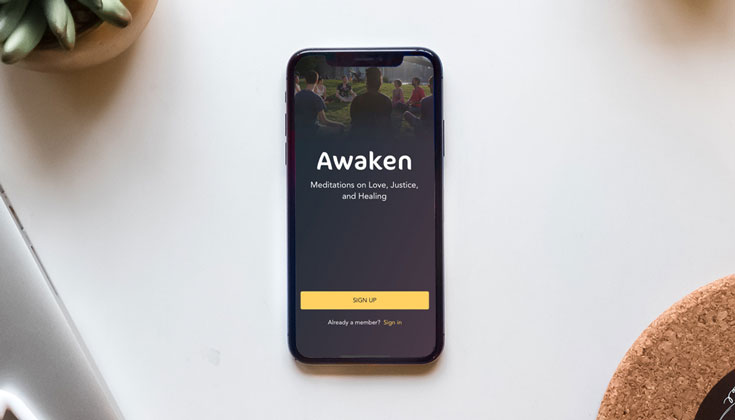 Content in the app is sorted into individual practices called “singles” and themed collections of practices called “albums.” The app includes guided meditations, contemplation practices that invite the user to consider a question, and recorded conversations.

Mishra says he started thinking about the app three years ago, but he decided to commit himself to it full-time during the 2016 election, when he says he realized “there’s nothing more important to me than this project.”

A press release for the app says there is a growing movement to use “Buddhist teachings to examine and address the ways in which power is being misused.” The app seeks to be the first of its kind to help meditators explore such issues.

The app costs $9/month or $84/year, and the company pledges to invest all profits into “activism, progressive campaigning, and other changemaking work.” They also offer discounted and “gifted” memberships. “No one will be turned away,” says Mishra.

The app is currently free for iOS on the app store, and Android and web versions are in the works.