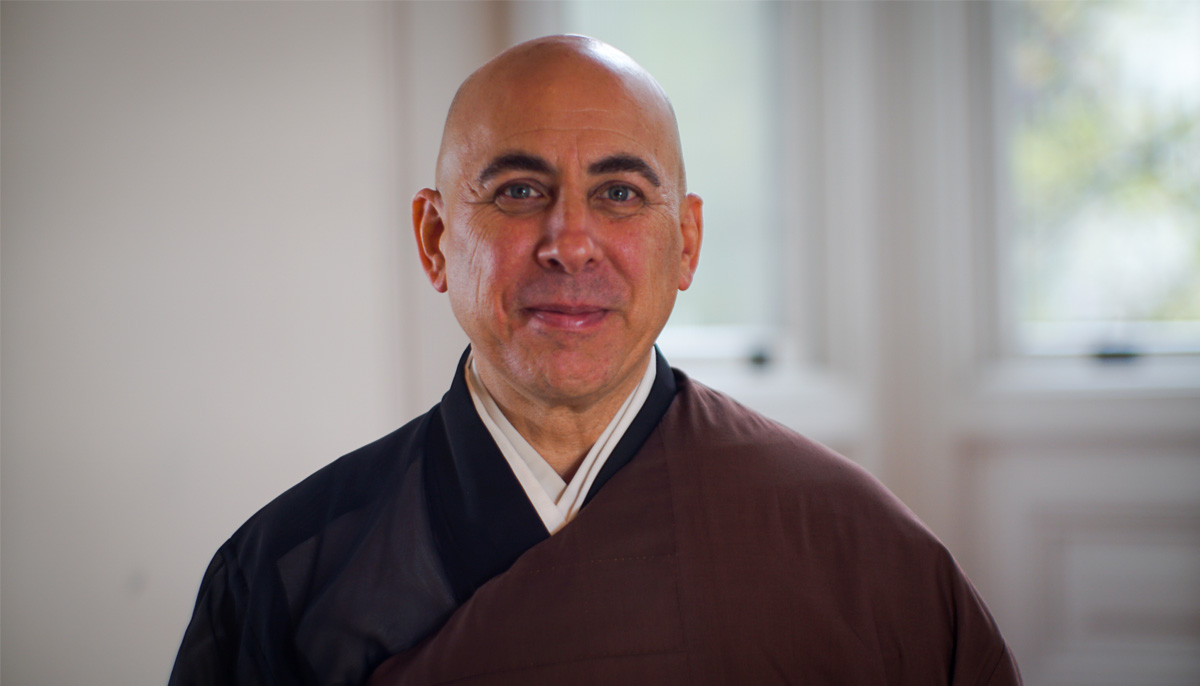 This past weekend, David Zimmerman was appointed the new abbot of San Francisco Zen Center’s City Center. Zimmerman takes over for Ed Sattizahn, who moves into another position in the organization.

Having joined San Francisco Zen Center (SFZC) in 2000, Zimmerman’s appointment signals a changing of the guard at one of America’s most prominent Buddhist organizations. SFZC was founded more than fifty years ago, in large part by counterculture participants trying to establish Buddhism in mainstream America. Perhaps surprisingly, they succeeded. Now, the next generation of leaders at SFZC — including Zimmerman — are looking towards the future. Lion’s Roar spoke with Zimmerman about his plans at the head of an institution of American Buddhism.

Sam Littlefair: Your appointment as abbot seems emblematic of a generational shift happening at SFZC.

David Zimmerman: The founding generation — the first couple decades of those who really worked to establish Zen and Zen Center here in the US, who received what they did from Suzuki Roshi and other Asian teachers — they crafted the initial container. At this point, they’re retiring, or getting ready to retire, or have died. I would say I’m the next generation. I moved into Zen Center in 2000, with the new millennium.

I’m 55, so I feel like I have my feet in two generations: the baby boomer generation and the next generation. Being this bridge person, I’m very curious to see how those who are much younger than me are already stepping into leadership positions — people who are 20, 30, 40 years old. These people are the leaders of the future. It’s quite exciting to see that I’m just another wave in the river of dharma that’s flowing here in the US.

What do you think makes these generations of the SFZC sangha distinct?

A difference between the founding generation and my generation is that we have a little bit more license to be creative about how we express the dharma. We’re not limited to trying to establish it or validate it. I have a sense that we have more license to color outside of the lines. I see a little more effort to turn the lens outward and see how we can take in a wider field of concern, in terms of our practice in the world, our social conditions, political situations, the environment, and so on.

In what ways are you and members of the community starting to color outside the lines?

I would say that our online offerings are a way of doing that. Many dharma communities are trying those platforms, but I think it’s being kind of encouraged and led by the next generation.

There’s also a continuing emphasis on diversity, inclusivity, equity, accessibility. That is being definitely pushed up from the younger generation. We’re really making more of an effort to find ways to speak to particular practice constituencies.

For example, we have a lot of affinity groups at San Francisco Zen Center. There is “Meditation Recovery.” There’s “Queer Dharma.” There’s a women’s group. There’s the “Unpacking Whiteness” group. There’s “Dharma Espanol.” There’s a willingness to create micro-sanghas within the meta-sangha as a way to address the diversity of experiences and needs of people coming to Zen Center.

I think we’re also more willing to incorporate other disciplines, particularly in how we structure and navigate our communal way of being together. For example, right use of power. These are ways to study and identify how it is that we have power, how we use power, and how to be conscious of how we use power.

There are other disciplines that we are looking at bringing into how, institutionally, we make decisions, relate to each other, and address power, inequity, and traditional forms of hierarchy and patriarchy.

So now, with your new role, you’re playing a key part in these projects. In what ways do you want to encourage moving forward?

I’ve been wondering: What are the forms of Zen training for not just the 21st century, but the 22nd century?

We’ve inherited a lot of forms that are in some cases thousands of years old and were appropriate for a particular time and place and culture. I think a lot of it is no longer relevant. So, we have to find ways to let go of those old forms and find new forms of training the mind and body that are applicable to who we are now. For example, the use of the keisaku, the “encouragement stick.” We’ve stopped using that because, for many people in the US, it was not so encouraging. It was more a traumatic experience.

We still chant both in Japanese and in English, and there’s a question: maybe, since most of us don’t speak Japanese fluently, do we really need to be chanting in Japanese?

I love the Zen forms. I love the robes. I love a lot of the traditional ritual that we use. But, for many people who first come, it could be off-putting. It could be somewhat alienating. So, are the robes essential to our practice?

We assume that decisions need to be made by elders in the community, rather than being more inclusive. We could we have a more diverse group of people in terms of age and practice experience helping to decide on the direction that we go as a community.

There is a lot of efficacy in the forms as we’ve inherited them, but often, when we examine them, we find the outward expression of the form might no longer be relevant or applicable. What do we keep that is the essential component?

I think the forms offer a mirror, to see ourselves. I think that’s the most powerful aspect of the forms. So, how do we change these particular forms to be relevant to the current realities?

When someone introduces a suggestion for a change to a form, we take a lot of time in our practice committees, looking at: What is the intention here? How are we trying to meet people? What new expression of the form might better serve to meet people, without again losing the spirit of the form. So, we experiment. We try something for a period of time and see whether or not it works.

It sounds quite challenging to try to fathom the essence of a sacred traditional form and then judge its value.

And also to identify what new form and what new expression would equally support that particular expression to come forth. I think that’s where the innovation and the creativity really is required. And, sometimes it comes organically—like when someone says, “I can’t sit in this particular posture, because of my physical situation or other conditions in my life, but I am a sincere practitioner and I really want to practice.” Is there a way that you can adapt or change the form in order to meet the reality of this particular embodied being? So, we say, what would that look like? What can we do differently?

What do you think dharma will look like in the 22nd century?

When Buddhism entered into China, it took centuries for it to really be planted and integrated, to be translated by the Chinese Buddhists, to find metaphors, and to find teaching modalities that really met the Chinese people. The same thing is happening now here. But, I think it’s happening much more quickly.

I’m very curious to see, even within the next 50 years, what is the dharma going to look like? What will be the forms of community, of sangha?

I think initially there was a lot of emphasis on particular individuals and particular teachers as carrying the dharma. What’s coming forward more is: how do we as a community hold and express the dharma?

Thich Nhat Hanh has said that the next Buddha will be sangha. When I talk about the collaborative quality of the next generation, I really feel it focuses more on sangha. It really is focused on how we as a sangha support each other, and not be so dependent on individual teachers. I think that’s a very dynamic unfolding.