Nirvana, says Ajahn Sumedho, is not some far off goal that can only be attained through years of effort. It is a state of being you can realize at any moment once you let go of grasping. 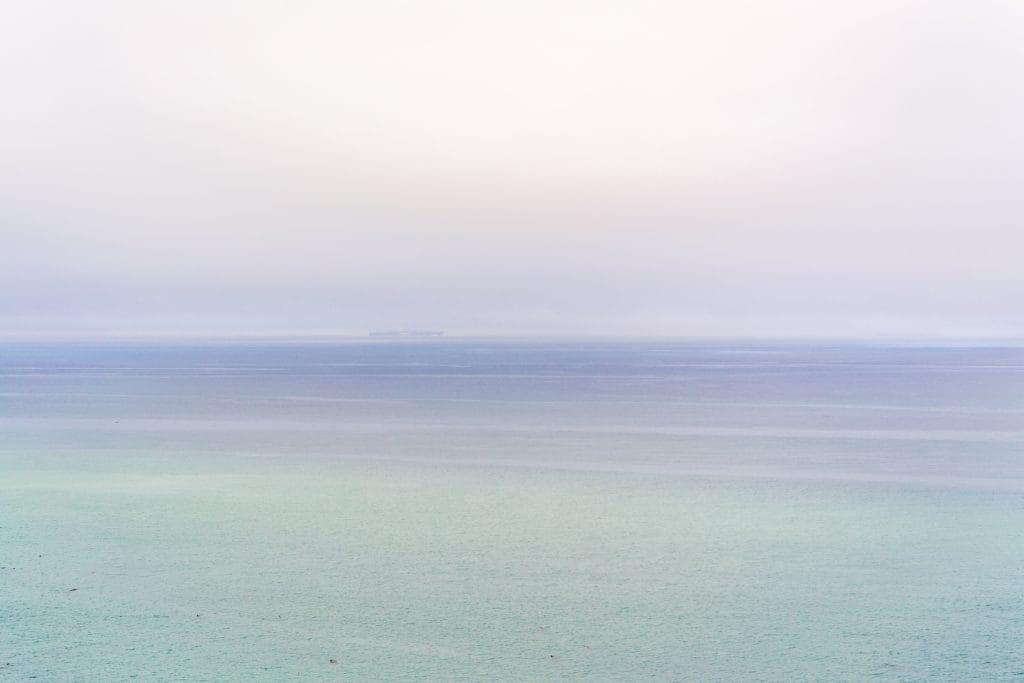 A difficulty with the word nibbana is that its meaning is beyond the power of words to describe. It is, essentially, undefinable. Another difficulty is that many Buddhists see nibbana (Sanskrit: nirvana) as something unobtainable—as so high and so remote that we’re not worthy enough to try for it. Or we see nibbana as a goal, as an unknown, undefined something that we should somehow try to attain. Most of us are conditioned in this way. We want to achieve or attain something that we don’t have. So nibbana is looked at as something that if you work hard, keep the sila (moral precepts), meditate diligently, become a monastic, devote your life to practice, then your reward might be that eventually you attain nibbana—even though you’re not sure what it is.

It’s often said that the Buddhist way is not to grasp. But that can become just another statement that we grasp and hold on to. It’s a Catch-22: no matter how hard you try to make sense out of it, you end up in total confusion because of the limitation of language and perception. You have to go beyond language and perception. And the only way to go beyond thinking and emotional habit is through awareness—awareness of thought and awareness of emotion. “The island that you cannot go beyond” is the metaphor for this state of being awake and aware, as opposed to the concept of becoming awake and aware.

In meditation classes, people often start with a basic delusion that they never challenge: the idea that “I’m someone who grasps and has a lot of desires, and I have to practice in order to get rid of these desires and stop grasping and clinging to things. I shouldn’t cling to anything.” That’s often the position we start from. So we start our practice from this basis and, many times, the result is disillusionment and disappointment, because our practice is based on the grasping of an idea.

Eventually, we realize that no matter how much we try to get rid of desire and not grasp anything, no matter what we do—become a monk, an ascetic, sit for hours and hours, attend retreats over and over again, do all the things we believe will get rid of these grasping tendencies—we end up feeling disappointed because the basic delusion has never been recognized.

This is why the metaphor of the island that you cannot go beyond is so powerful, because it points to the principle of an awareness that you can’t get beyond. It’s very simple, very direct, and you can’t conceive it. You have to trust it. You have to trust this simple ability that we all have to be fully present and fully awake, and begin to recognize the grasping, and the ideas we have taken on about ourselves, about the world around us, about our thoughts and perceptions and feelings.

The way of mindfulness is the way of recognizing conditions just as they are. We simply recognize and acknowledge their presence, without blaming them or judging them, without criticizing them or praising them. We allow them to be, both the positive and the negative. And, as we trust in this way of mindfulness more and more, we begin to realize the reality of the island that you cannot go beyond.

When I started practicing meditation I felt I was somebody who was very confused, and I wanted to get out of this confusion and get rid of my problems and become someone who was a clear thinker and might one day become enlightened. That’s what got me going in the direction of Buddhist meditation and monastic life.

But then, reflecting on this position that “I am somebody who needs to do something,” I began to see it as a created condition—it was an assumption that I had created. And if I operated from that assumption, although I might develop all kinds of skills and live a life that was praiseworthy and good and beneficial to myself and to others, at the end of the day, I might feel quite disappointed that I did not attain the goal of nibbana.

Fortunately, in monastic life everything is directed at the present. You’re always learning to challenge and see through your assumptions about yourself. One of the major challenges is the assumption that “I am somebody who needs to do something in order to become enlightened in the future.” Just by recognizing this as an assumption I created, that which is aware knows it is something created out of ignorance, or not understanding. When we see and recognize this fully, then we stop creating the assumptions.

Awareness is not about making value judgments about our thoughts or emotions or actions or speech. Awareness is about knowing these things fully—that they are what they are, at this moment. So what I found very helpful was learning to be aware of conditions without judging them. In this way, the resultant karma of past actions and speech as it arises in the present is fully recognized without compounding it, without making it into a problem. It is what it is. What arises ceases. As we recognize that and allow things to cease according to their nature, the realization of cessation gives us an increasing amount of faith in the practice of nonattachment and letting go.

The attachments that we have, even to good things like Buddhism, can also be seen as attachments that blind us. That doesn’t mean we need to get rid of Buddhism. We merely recognize attachment as attachment and see that we create it ourselves out of ignorance. As we keep reflecting on this, the tendency toward attachment falls away, and the reality of nonattachment, of nongrasping, reveals itself in what we may call nibbana.

If we look at it in this way, nibbana is here and now. It’s not an attainment in the future. The reality is here and now. It is so very simple, but beyond description. It can’t be bestowed or even conveyed, it can only be known by each person for themselves.

As one begins to realize or to recognize nongrasping as the Way, then emotionally one can feel quite frightened by it. It can seem like a kind of annihilation is taking place: all that I think I am in the world, all that I regard as stable and real, starts falling apart and that can be frightening. But if we have the faith to continue bearing these emotional reactions and allow things that arise to cease, to appear and disappear according to their nature, then we find our stability, not in achievement or attaining, but in being—being awake, being aware.

Many years ago, in William James’ book The Varieties of Religious Experience, I found a poem by A. Charles Swinburne. In spite of having what some have described as a degenerate mind, Swinburne produced some very powerful reflections:

Here begins the sea that ends not till the world’s end. Where we stand,
Could we know the next high sea-mark set beyond these waves that gleam,
We should know what never man hath known, nor eye of man hath scanned…
Ah, but here man’s heart leaps, yearning towards the gloom with venturous glee,
From the shore that hath no shore beyond it, set in all the sea.

~ From “On the Verge,” in A Midsummer Vacation

The poem is an echo of the Buddha’s response to Kappa’s question in the Sutta Nipata:

Next was the brahmin student Kappa:

“Sir,” he said, “there are people stuck midstream in the terror and the fear of the rush of the river of being, and death and decay overwhelm them. For their sakes, Sir, tell me where to find an island, tell me where there is solid ground beyond the reach of all this pain.”

“Kappa,” said the Master, “for the sake of those people stuck in the middle of the river of being, overwhelmed by death and decay, I will tell you where to find solid ground.

“There is an island, an island which you cannot go beyond. It is a place of nothingness, a place of non-possession and of non-attachment. It is the total end of death and decay, and this is why I call it Nibbana [the extinguished, the cool].

“There are people who, in mindfulness, have realized this and are completely cooled here and now. They do not become slaves working for Mara, for Death; they cannot fall into his power.”

In English, “nothingness” can sound like annihilation, like nihilism. But you can also emphasize the “thingness” so that it becomes “no-thingness.” So nibbana is not a thing that you can find. It is the place of “no-thingness,’” a place of nonpossession, a place of nonattachment. It is a place, as Ajahn Chah said, where you experience “the reality of nongrasping.”

Nibbana is a reality that each one of us can know for ourselves—once we recognize nonattachment and realize the reality of nongrasping.

This article is from Ajahn Sumedhos’s introduction to The Island: An Anthology of the Buddha’s Teachings on Nibbana, by Ajahn Pasanno and Ajahn Amaro, published by the Abhayagiri Monastic Foundation. To download a free PDF version of the book, go to www.abhayagiri.org.