When something Darlene Cohen said about a friend comes back to bite her, she reluctantly begins rethinking the value of right speech. 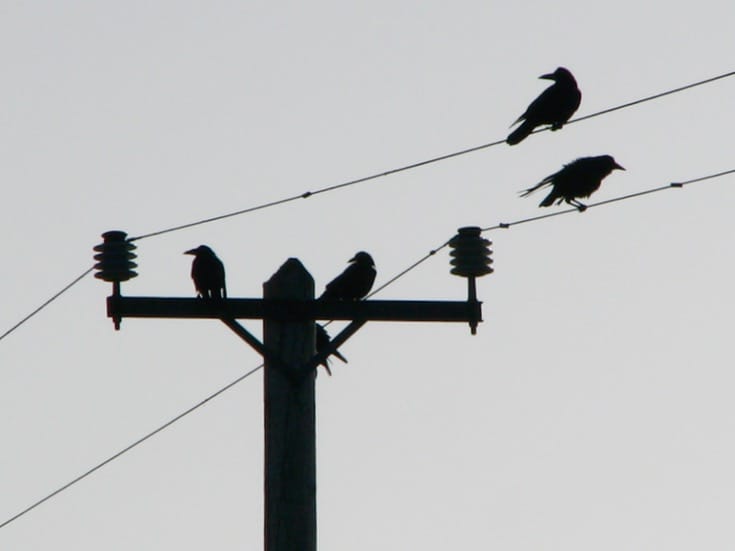 An avid gossiper since age twelve, I’d always thought of gossip as innocuous chatter about a third person. For me, gossip was less about describing an absent person’s faults than it was about indulging my ability to come up with some adroit summary of them. My focus was always on my own cleverness, on kicking up shit to aggrandize myself.

My teachers had been advocating right speech for years, but I just couldn’t get into it. You know, you might try to be a better person, but until you actually understand how you’re hurting people, it’s very hard to practice the precepts. I still remember the incident that finally made me consider right speech in a new light.

I said something hilariously funny about a friend to another friend who knew us both, and he repeated it to her. What I said is something I believed, and I’d actually mentioned it to her before, but I’d been more brutally direct with my gossip buddy, instead of instructive and careful as I’d been with her. So the language was totally different.

The tremendous shame that I felt about my remarks to my gossip buddy centered on the fact that I’d been willing to sacrifice my friend’s standing with him for something as trivial as an opportunity to turn a phrase.

I was very embarrassed and chastened when she called me, deeply wounded by my words. I remember thinking, oh, I wish I hadn’t done this. I was just twisting and squirming like an insect run through with a pin. I wished that I could protest that our mutual friend had distorted my words, but there was no possibility of an escape route there. He’d repeated exactly what I had said to him.

I apologized profusely and at length. I had done her a grievous wrong, and I was grateful that she cared enough about our relationship to call and give me the chance to acknowledge my unkindness and atone for it. Many relationships, after all, would just be over at this point, but she was the wise one here. The tremendous shame that I felt about my remarks to my gossip buddy centered on the fact that I’d been willing to sacrifice my friend’s standing with him for something as trivial as an opportunity to turn a phrase. I also became aware, for the first time, that I had always felt shame when I spoke badly of someone, a little ka-chung in my heart, but because the shame seemed tiny compared with the reward of being thought clever, I’d always kept on talking.

This incident led me to investigate right speech by making observations when an absent person was talked about, to see whether I could come up with any conclusions about the benefits of the precept. Note that I did not make an actual vow to practice right speech—you can see how deeply reluctant I was to take that on.

During my investigation, the first thing I noticed was that if you wish to stop hurting people, it unfortunately entails renouncing a feeling that you enjoy, and replacing it with your wish to stop doing harm. In other words, you have to see the emptiness of that feeling of pleasure, and decide that the pleasure is not worth hurting someone for. That’s easy to say, but it’s really hard to do. We’d rather not bother with the annoying question of whether the feelings of others merit forsaking a pleasure of our own. On top of that, we don’t even get credit for making a virtuous decision! When I realized this, I was in a very bad mood for weeks.

People have told me how politically incorrect it is to like reality TV shows, and I’m sorry. There are many of them on the subjects of sex and power, which are my favorites and your favorites. Just call me a student of human suffering.

But by then I was tuning in to what actually goes on when people talk with each other, and I was fascinated by all the little subtleties of verbal communication. I even started applying the standards of right speech to reality shows on TV to try to pinpoint exactly how it is that people don’t realize what they say because they, like me, are focused on their own pleasurable verbal expression, rather than the feelings of others.

I should confess here that I love reality shows. To me this is the golden age of television. Now, I don’t actually have a TV, but I often visit people who do. People have told me how politically incorrect it is to like these shows, and I’m sorry. There are many of them on the subjects of sex and power, which are my favorites and your favorites. Just call me a student of human suffering.

I always assume that I’m capable of the behavior that I see on reality TV. The people on the shows are human; I’m human. So what are the circumstances that would lead me to behave the way that they are behaving, since I know I’m capable of it? I look back at decisions I’ve made in my life and wonder which turn I would have had to taken to have come to what I am seeing on the screen.

A few years ago, I saw a show that so exposed human frailty and delusion that I wondered whether I had the mettle to continue watching it. It was like watching a horrible accident in slow motion. All these washed-up celebrities were put together in a luxurious house in Los Angeles. I recognized many of them because about half were from my generation. The producers had various people (agents, supposed fans, pizza delivery boys) come in to try to provoke situations, and the celebrities fell for all of them. I watched them making needy, desperate bids for attention from each other and from anyone who came into their range. They had once been on top of the world, then their fortunes changed, and now they vied with each other for a shred of the attention and acknowledgment they’d once routinely attracted.

The pain of this show enabled me to figure out what it was—besides my student-of-suffering stance and, specifically, my study of right speech—that drew me to these programs. It is because if it weren’t for practice, that is how desperate I would be. There’s just a hairsbreadth of circumstance between me and them. This is so clear to me now. Without practice, I would have no ground except my latest desire, no obvious way to serve, and nothing in my life that could evoke my genuine, compassionate self. Without practice, my interactions, like those of the washed-up celebrities, would only be about greed and attention—endless desperate need.

After a year or so of investigating right speech, I was adequately chastened and, more than that, I was exceedingly grateful for the precepts. The pleasures of gossip and exaggeration, of humorous putdowns and wicked repartees, faded for me. Now there are no more little ka-chungs in the heart. At least none over gossip, anyway!