Former U.S. President Barack Obama and His Holiness the Dalai Lama discussed compassion and altruism in a meeting on Friday. 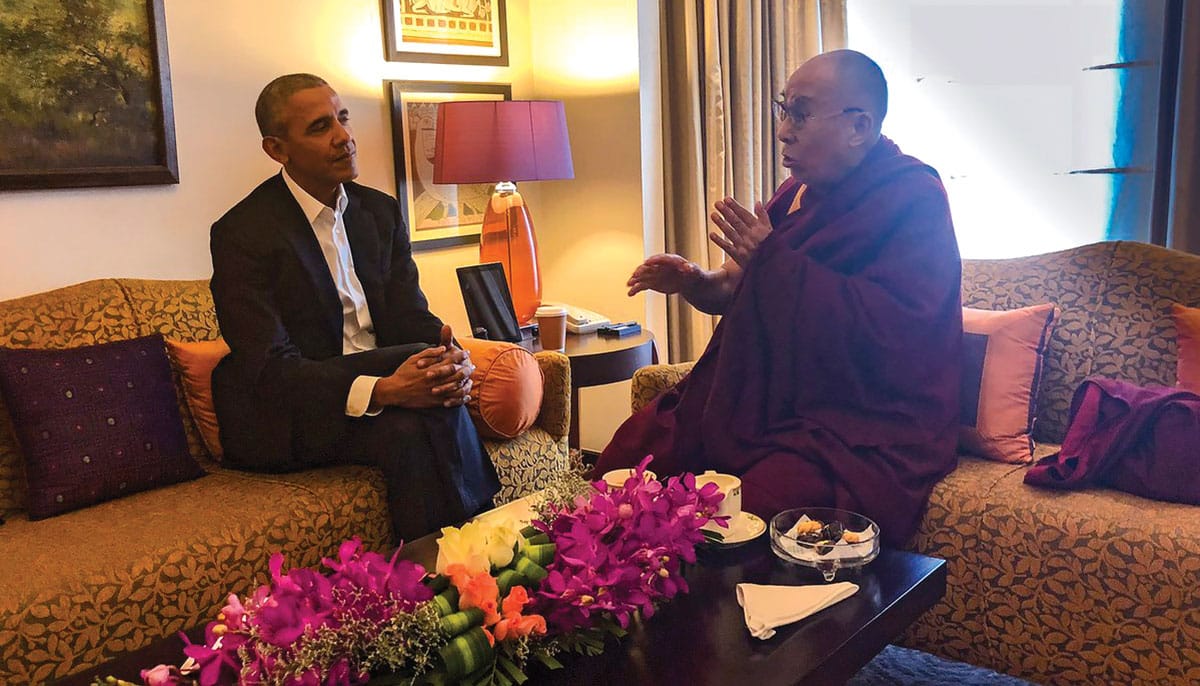 Friday’s meeting marks the sixth time His Holiness and Obama have met, though its the first since Obama left office in January. The two reportedly discussed “compassion and altruism,” Obama was visiting New Delhi amidst a five-day world tour that took him to India, China, and France.

“The meeting of the former Nobel Laureates dwelled on various topics pertaining to promoting peace in today’s world torn by strife and violence,” Tsering said. “Both the peace laureates discussed the kind of future they envision for the world.”

When asked about his meeting with Obama, His Holiness said, “It was very good, I think we are really two old trusted friend. I mentioned to him that now time has come for us to promote the sense of oneness among seven billion human beings.”

His Holiness has yet to meet with current U.S. President Donald Trump, and though he has voiced concerns about America under President Trump, he says he remains open to a meeting.