Lion’s Roar deputy editor Andrea Miller talks about the ocean and what it means to us. 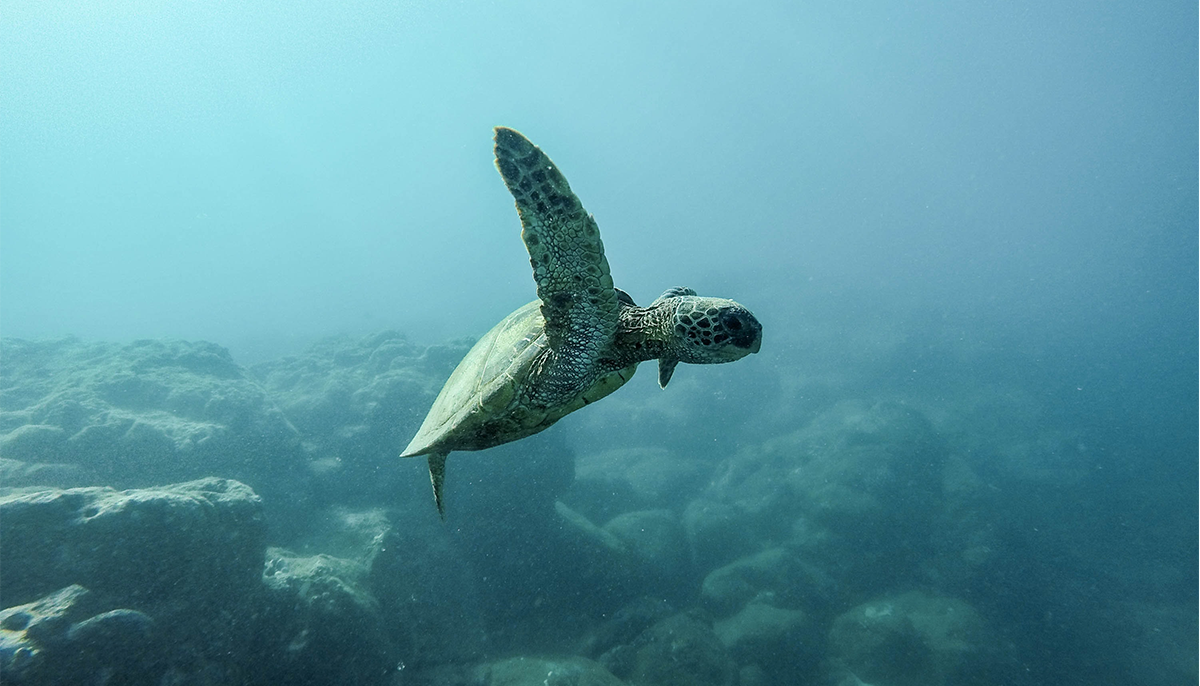 From the Lion’s Roar office, we can see the Atlantic. Sometimes it’s a glinting cobalt, while at other times it’s a dull slate or else invisible under a white wall of fog. Submarines, tall ships, warships, sailboats — they all come and go, leaving no trace on the water’s surface. Clearly, the ocean is a moody lesson in impermanence, but it has other lessons, too.

For me, it has always sloshed through my fears and desires. When I was a kid at the beach, I tucked seaweed into my bikini, creating a sea-scented gown, making me queen of an imaginary coral castle. Then, while bodysurfing, my small feet would lose touch with the sandy bottom, and suddenly I’d be so afraid of lurking creatures that my throat would tighten. (I was especially worried about piranhas, never mind that they’re freshwater fish.) As an adult, it’s still much the same. I’m afraid of the ocean’s sharks and tsunamis but painfully crave a piece of its beauty — my own seaside cottage.

What I’ve found, though, is that all this pointless thinking has a remedy, which can be the ocean itself. Here in Nova Scotia, even at the height of summer, the water is always frigid. When I wade in, thought stops. For a moment, at least, the chill of it wakes me up.

Here are three articles on what we can learn from the ocean. 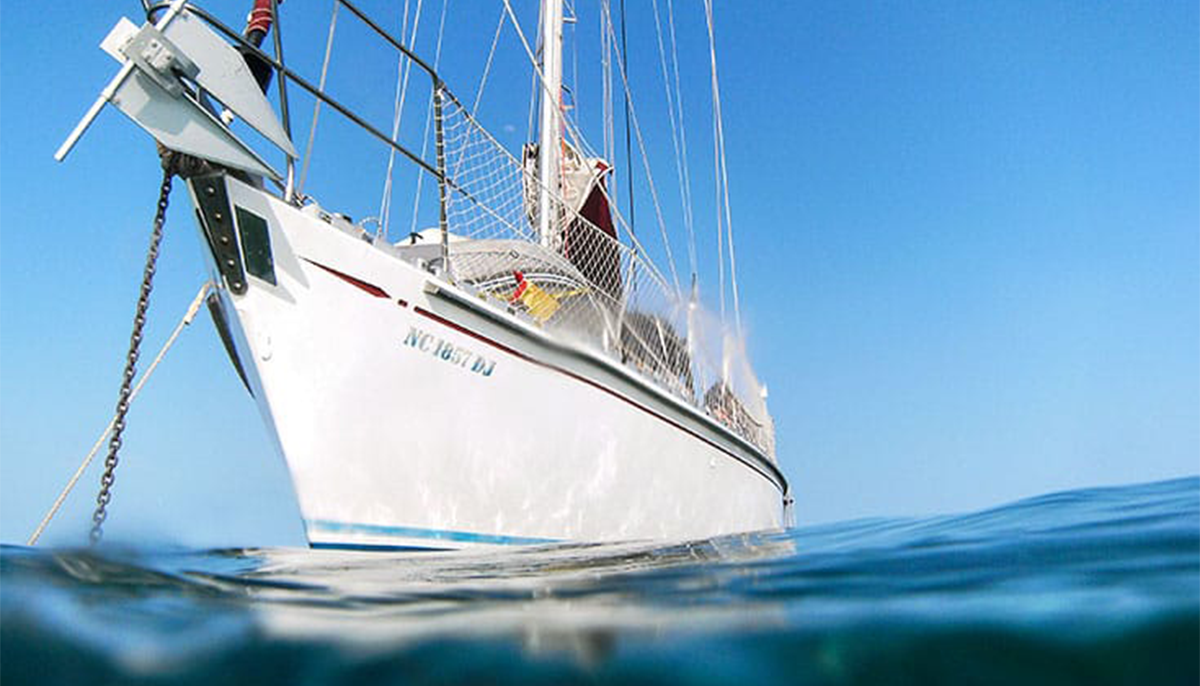 The Wild Hair is the boat Heather Lyn Mann and her husband, Dave, sailed during their life-changing ocean adventure. Photo by the author.

Heather Lyn Mann surrenders to the ever-changing ocean, and impermanence itself.

The ocean made me different. It beat and bullied me, teased and seduced me, shouted and whispered and altogether exhausted me until I cracked open, let go, and began appreciating not patterns in the wilderness but the ultimate formlessness, unknowability, and impermanence of the sea.

A Surfer’s Guide to Buddhism 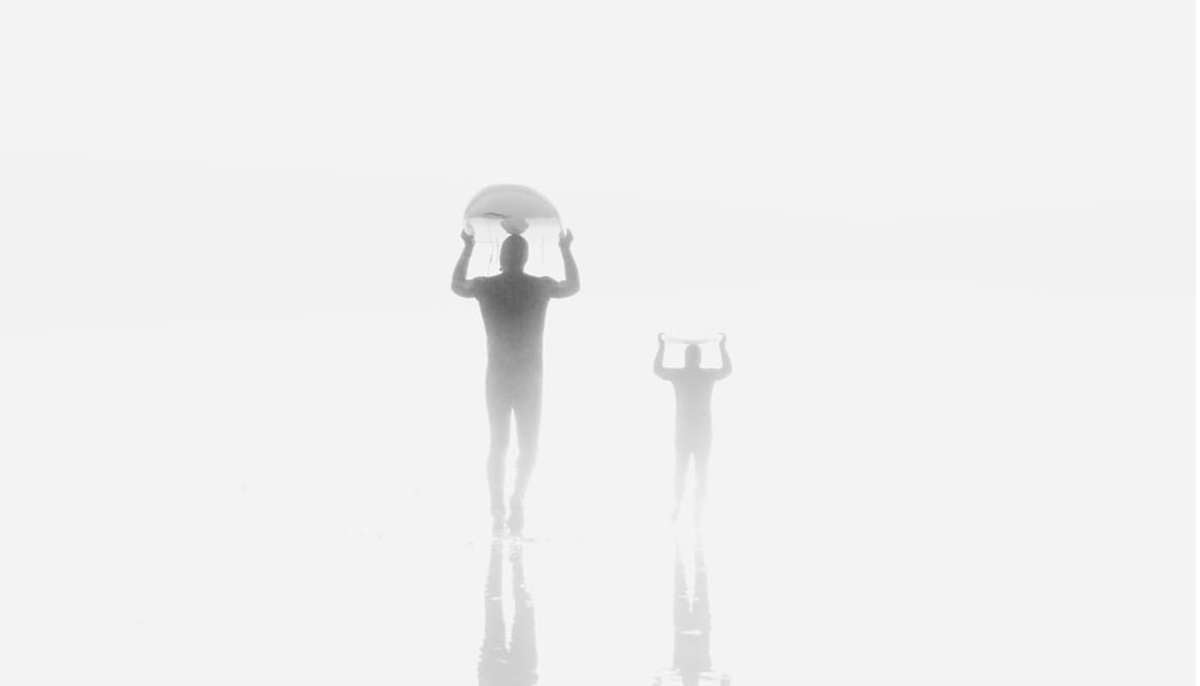 Jaimal Yogis, the author and surfer behind the book Saltwater Buddha, on riding Buddhism’s “three vehicles.”

Hakuun Yasutani said our buddha-nature “is like the sea, and each individual is like a wave on the surface of the ocean.”
Becoming a Buddha in this context means going so deep into the fundamental nature of mind in meditation that we experience ourselves — seemingly separate waves with firm boundaries — as what we actually are — the entire ocean. 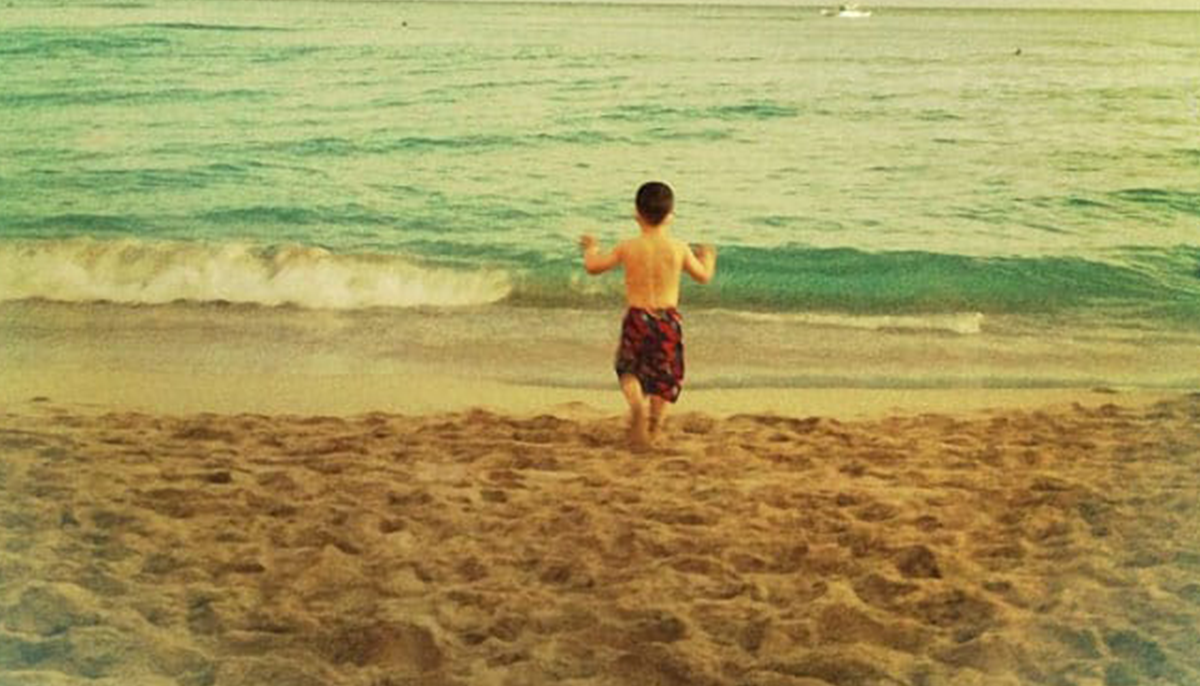 Koun Franz shares the lessons he learned the day his son met the ocean.

I will not forget when Boy met the ocean.

Boy stood on the beach, eyes wide, frozen like an animal discovered. There was a pause. Then he charged. He ran to the water as a wave came in and slapped him in the face, knocking him down. I ran after him, arriving in time to see him stand up, sputtering, arms extended in front of him, and shout, “Come on waves! I WILL FIGHT YOU!” And then, for good measure, “And I will WIN!”