Effort and longing, frailties and aspirations—we’re in this together says Natalie Goldberg, and it is so much bigger than we are. 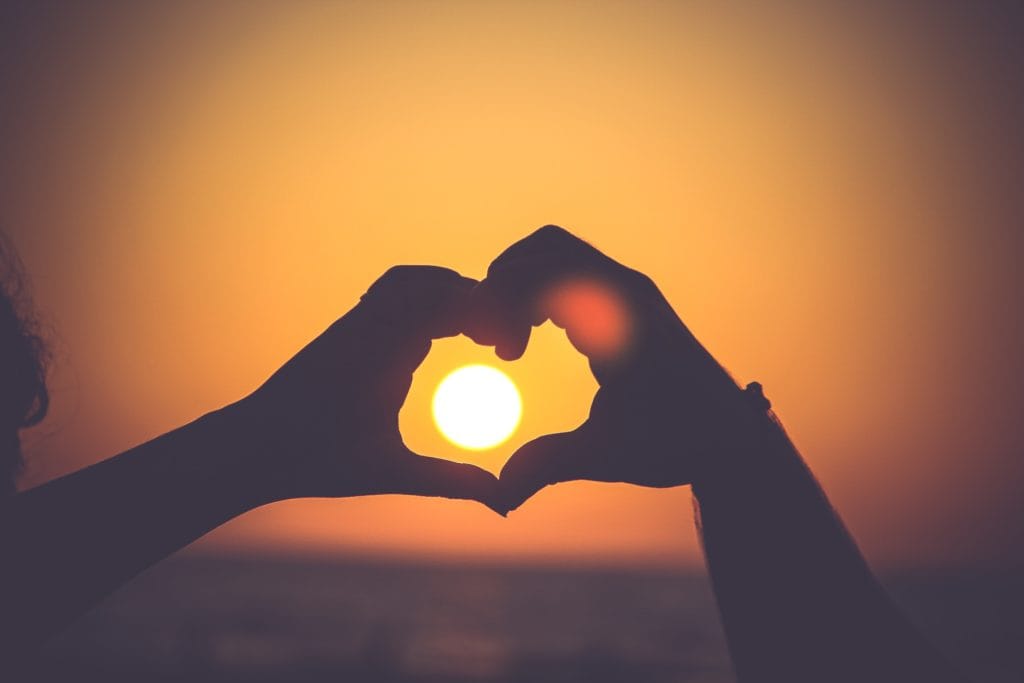 To keep London, my friends’ five-year-old son, distracted while we waited for a table at the Bobcat Bite on Old Las Vegas Highway, I spelled out c-a-t. London looked upward to a point above my head, picturing the letters, sounding them out in small lip motions. Finally he pounced on the pronunciation, snarling out that “t” at the end like the triumphant conclusion to orals for a PhD in phonics.

London, who was in the middle of kindergarten, was always intrigued by words for a time but then they would abruptly exhaust him. “No more,” he said after also conquering t-o, b-a-t, i-n, u-p, and w-a-s.

There were still four parties ahead of us to be seated. “Well, how about doing opposites?” I proposed.

His eyes lit up. “What’s the opposite of red?”

I felt the challenge, but I took too long to answer.

“I’ll tell you,” London jumped in.

“Orange!” he screamed, throwing his hands up.

I was flabbergasted. “What’s the opposite of bacon?” I retorted.

The adults around us, also waiting for tables and slyly listening, snapped their heads around.

London finally gave in. “I dunno. What is it?”

The thin, pale waitress picked up the chalk and crossed out “Wilder 5” on the blackboard hanging near the door, then nodded her head in our direction. We scuttled behind her just as I was about to call out “hamburger” and its opposite, “shoe.”

Earlier that day, a feed store near London’s house was advertising baby chicks. Easter was a week away.

“Want to stop in?” I asked London and his sister, Poppy, five years his senior.

We found the chicks—all colors and shapes—in big box cages under heat lamps in the back of the store.

“Do you think any of them will become ducks?” I asked Poppy, innocently.

She looked at me like I was deranged. “Natalie, chicks become chickens. Ducklings become ducks.” I was yet another example of the incompetence of adults. She was ten, already in the double-digit years.

“Well, I think it might be possible.” I motioned over the teenage help and asked my question.

“No, ma’am, these here in this cage will all become chickens and hens.”

I put my nose in the air. “You have a lack of imagination.”

Weeks earlier a friend had had a medical emergency, and I was asked at the last minute to pinch hit for her at a weekend workshop. It appealed to me because of the easy coincidence that I was already on the East Coast visiting my mother and because I wasn’t going as “Natalie Goldberg.” Of course I would teach what I knew and not my friend’s work, but I had none of my accoutrements with me and there had been no buildup of months of advertising. Expectations on both sides hadn’t had a chance to escalate. This created a little space, some possibilities for all of us participating.

The hundred and five students were hastily called to inform them of the switch; fifty-five elected to delay till September, when my famous friend would teach again.

The weekend was held in Lenox, Massachusetts, the summer home of Edith Wharton. In Stockbridge, the next town over, was the home and museum site of Norman Rockwell. I went a day early to acclimate, so I hired a cab to go to both places. We drove on the narrow country roads through deepening snow and past bare maples, hickory, and birches.

The cabdriver told me that Tanglewood, the famous summer music festival, was also held in Lenox. Suddenly I was that skinny-legged girl in navy blue shorts and white T-shirt, driven in a bus from Camp Algonquin in the Adirondacks in mid-August to partake of the cultural experience. I remembered the green, green grass, the crowds, and the paper cups of soda. That Jewish camp held the happiest memories of my childhood. I had my own sentimental link to this fresh and curious area called the Berkshires.

I dashed into a clothes store with a sale sign out front as the cab idled at the curb and I bought a wool coat just before the salesgirl closed up early, ahead of the growing storm. Next door I found a bookshop with a Jack Gilbert poetry collection. I forgot he lived in nearby Northampton. The wind howled outside as I paid for the book.

The course was held in what was once an old Jesuit monastery that had burned down and had then been rebuilt to house the yoga institute. We began on Friday night with sitting and writing practice, and then on Saturday morning I added a walking meditation lesson. For some reason I taught the bell system I’d learned so long ago in formal Japanese Zen practice. “Three bells begin meditation, two mark the end. If I ring once it means we leave the hall.” I adjusted my position in the chair. “Now you’re all set to enter the monastery for the rest of your life.”

From the very beginning, the sitting was deep and settled. Maybe it was the storm outside; maybe it was weary Easterners finally arriving for a weekend reprieve. Always curious about the migration patterns of Americans, I asked the students where they were born and where they lived now. A remarkable number in this group hadn’t moved far from where they’d been raised—from New Jersey to Connecticut, from one town in Massachusetts to another, all in close driving range. They were so different from those of us in the Southwest, who moved long distances. I always thought our need to get away from what was familiar expressed our wide-reaching hopes. Sometimes, though, a tad of desperation was in these big moves—we were going a long way to find ourselves. Perhaps these Easterners’ rooted nature explained their ability to settle more quickly during this first sitting.

The students were responsive and receptive, and it pulled thirty years of accumulated practice out of me. I experienced deep and ordinary pleasure in teaching them. I was happy to share as much as I could.

On Sunday we ended at eleven. At ten-thirty evaluations were handed out. I went to the bathroom and afterward lingered in the hall, thinking the students should have some privacy in filling out the forms. They were done when I returned.

“Let’s do a final short sitting before we leave each other.” I rang the bell three times and looked around at the folded chairs leaning against the wall, the socks, backpacks, notebooks, cushions, and purses strewn over the floor. We were in the Northeast, with its cluster of cities, turnpikes, brown ragged winter rivers, smokestacks, and huddled trees. All of us were in sweaters and stretchy pants, with our knobby knees and nervous hands, the prescriptions we took that morning, our wishes to be better, our patchwork ears and small lips—all quiet and present. Nothing left out.

I rang the bell once. Time was up. I had a long ride on the Connecticut turnpike to catch a plane; my suitcases were already standing by the door.

No one moved. The air hung thick. Surges of gratitude filled the room. My chest felt enormous, like a big resounding liberty bell. A single thought went through me: my heart and Katagiri’s are the same.

Katagiri Roshi, a Japanese Zen Master dead seventeen years, had been my true teacher of the Way for twelve. Now, as the sound of the bell faded, the two of us were unencumbered by time or fear. All at once the veils lifted. I didn’t need to start a monastery or be anyone else to prove my worthiness. We each stood our own ground.

Follow your heart, my post-World War II generation espoused. But who of us really knew our shattered hearts? I thought I’d followed mine. It led to pain and frustration, and the parts of my life I hadn’t claimed became my fate.

Before I left my mother’s, she broached “the death” subject. Of course we never said the word, but she implied she might not be around much longer. She used it as a guilt ploy: “So when are you visiting me again? You never know…”

This time I decided to back into it. “Mom, you never feel well. You going might not be a bad thing. It might be a relief.” We’d never come so close to mentioning, even intimating, the unbelievable possibility that my mother, daughter of Rose and Sam, could die someday. I held my breath.

She looked down into her soup. “I’ll miss you and your sister.”

A moment we stepped in together. Was this what heart was? Our hearts are busy sucking the marrow of our ancestors, seizing their bones to make life. How do we receive this human transmission?

When we in the West entered the lineage, taking vows with our Zen teachers, we were turning our hearts to a path many of us hadn’t articulated before—a path of leaving home, of rooting in the rootless, of dropping the weary old yellow coat of ourselves.

Yet at times I’ve landed on the ground of my heart—the great moment has finally arrived, and all I want to do is jump out of my skin and avoid it. The Eastern view is that the heart is in the guts, closer to our center of gravity, not so easily toppled.

For a long time I’d been trying to wrestle my way out of the student/teacher dynamic with Roshi. I’d written a book about my love for him and, more recently, another about my disappointments. I’d learned to hold opposite emotions for this man, not grabbing the dark or the light, but this Sunday morning a third place emerged, freer, fuller, more whole. Compassion is an overused word—and it wasn’t compassion. My aspirations, my longings, my effort and determination, my human gaps and frailties—he had them too. We were in it together. And it was so much bigger than us—the snowy mountains, the iced rivers, the vast sky also was pushing, pulling, straining, humming. Yet none of it was merged or indistinct. He was who he was; the highway was the highway; the windows were in place, the carpet and the door. I was who I was, and suddenly the outside wind confirmed all of this.

Sometimes you step into something large and you can’t refute it. That’s what happened in Lenox, Massachusetts. It was my responsibility not to do anything, but to this receive understanding, like I was a starving person at a banquet but waiting my turn with great ease.

While waiting for a table at Bobcat Bite, London and I were going to do synonyms after opposites. A popsicle and a kite, Batman and a lemonade, a muscle and a turkey.

My heart and your heart—no interference.