Italian archaeologists have restored one of the most important pieces of Buddhist art in South Asia, nine years after it was bombed by the Taliban. 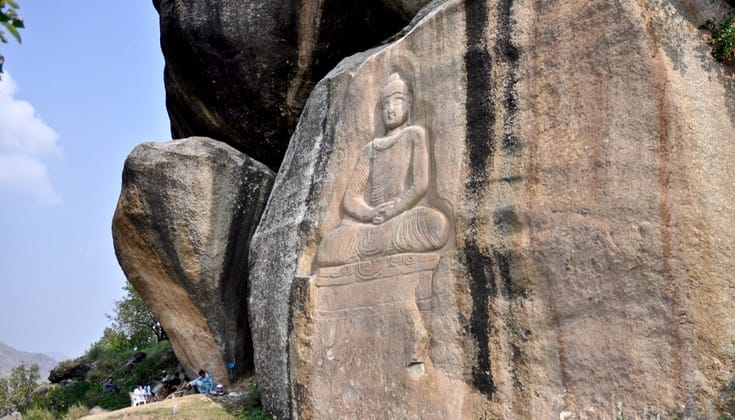 Nine years after its face was destroyed by Taliban militants, the famous Jahanabad Buddha has been restored. In six trips, each lasting a month, an Italian-led team of restorationists has given the Buddha its face back. 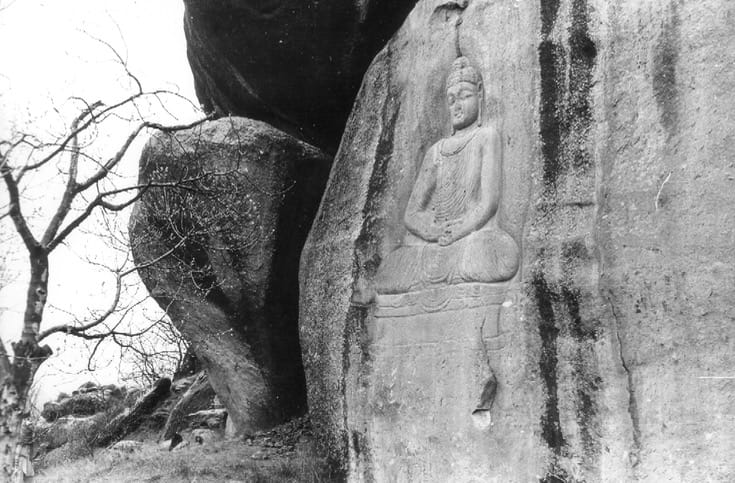 The statue before its defacement. 1989. Photo courtesy of ISMEO Italian Archaeological Mission – ACT.

The sculpture, a massive cliff-face carving, was widely hailed as one of the most important important pieces of Buddhist art in the region, second only to Afghanistan’s giant Bamiyan Buddhas. Those statues, which stood at 115 and 174 feet tall were destroyed by the Taliban in 2001. Militants destroyed the Jahanabada Buddha in broad daylight in 2007 by drilling explosives into its face and shoulders. 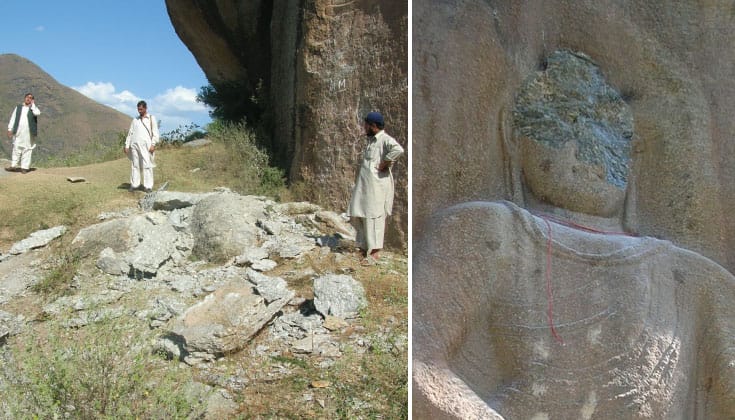 In 2012, the Italian Archeological Mission in Pakistan undertook the project of restoring the sculpture, located in Pakistan’s Swat Valley. 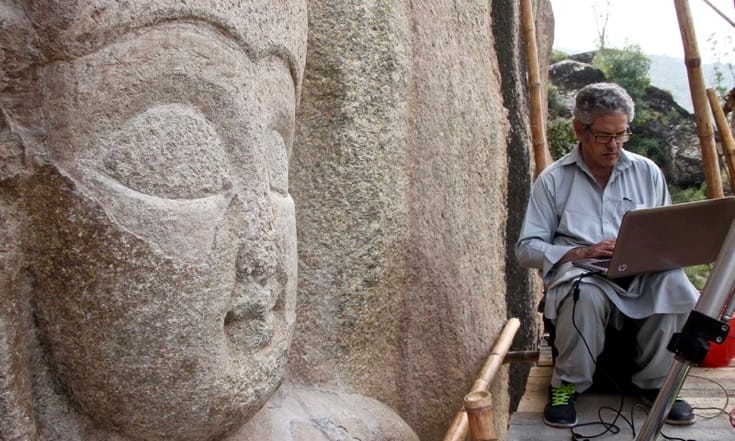 3D imaging equipment was provided free by the University of Padua, Italy. Photo by Fazal Khaliq, via dawn.com.

“It was our professional and moral obligation toward the people and heritage of Swat and Pakistan which forced us to restore the Buddha,” Dr Luca Maria Olivieri, head of the Italian Archaeological Mission, told dawn.com. 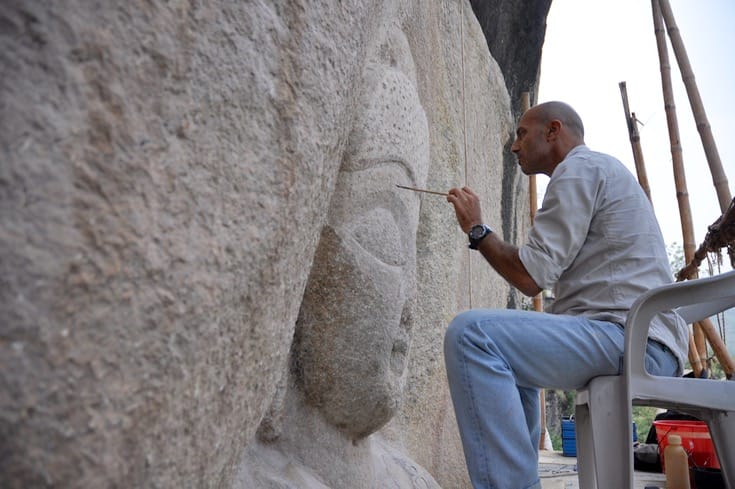 The restoration took about six months of work over four years, with dozens of workers. Advanced 3D scanning techniques, using equipment from the University of Padua, were used to model the sculpture. 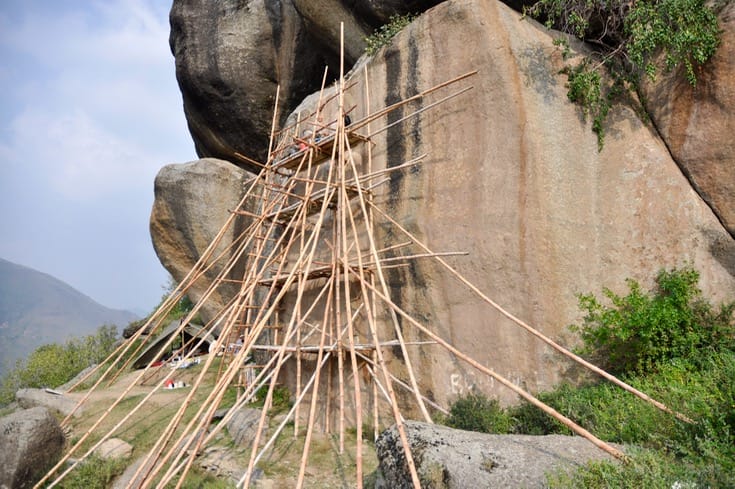 The restoration took place over the course of four years and involved dozens of workers. Photo courtesy of ISMEO Italian Archaeological Mission – ACT.

The sculpture was carved in the 6th or 7th century. At the time, the Swat Valley was a hub of Buddhism. Padmasambhava, a seminal figure in Tibetan Buddhism, is said to have been born in the valley shortly after the construction of the statue. Vishakha Desai, former president of Asia Society, visited the statue in 1995, and reported that it was “the pride and joy of local Muslims.”

The Italian Archaeological Mission has worked in Swat Valley for 60 years. The archaeologists have documented evidence of a large Buddhist monastery at the bottom  of the cliff, with a monumental staircase leading up to the Buddha carving. On top of the cliff are the remains of a stupa, a rock carving of Avalokitesvara, meditation caves, and three monumental Buddhist inscriptions.

The carving of Avalokitesvara, the bodhisattva of compassion, was also destroyed in 2007. The Italian team recovered and reassembled the fragments of the carving, and it will go on display in the Swat Museum next year. 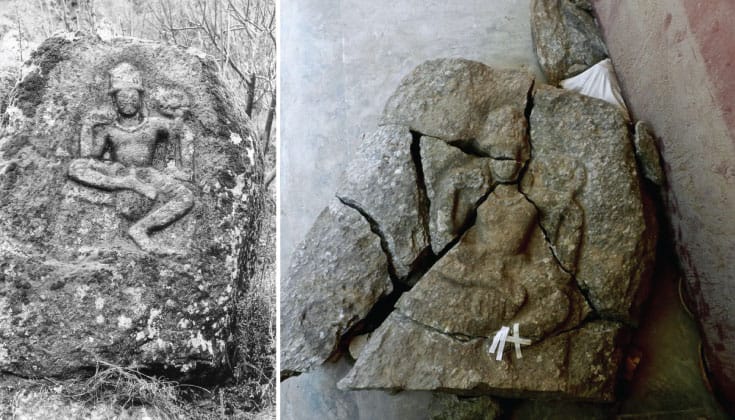 An carving of Avalokitesvara from nearby the Buddha (left, 1989), was also destroyed by the Taliban in 2007. The Italian archaeological team recovered and reassembled all of the fragments (right), which will be displayed next year in the Swat Museum. Photos courtesy ISMEO Italian Archaeological Mission – ACT Project.

Representatives of the project said that they hope the restoration will help preserve Pakistan’s cultural heritage and encourage tourism to the region. 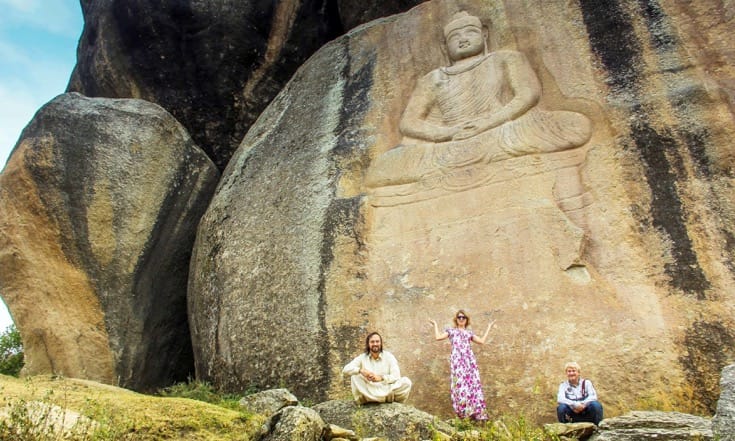 The first visitors to the Buddha after its restoration, a group of Russian tourists. Photo by Fazal Khaliq, via dawn.com.