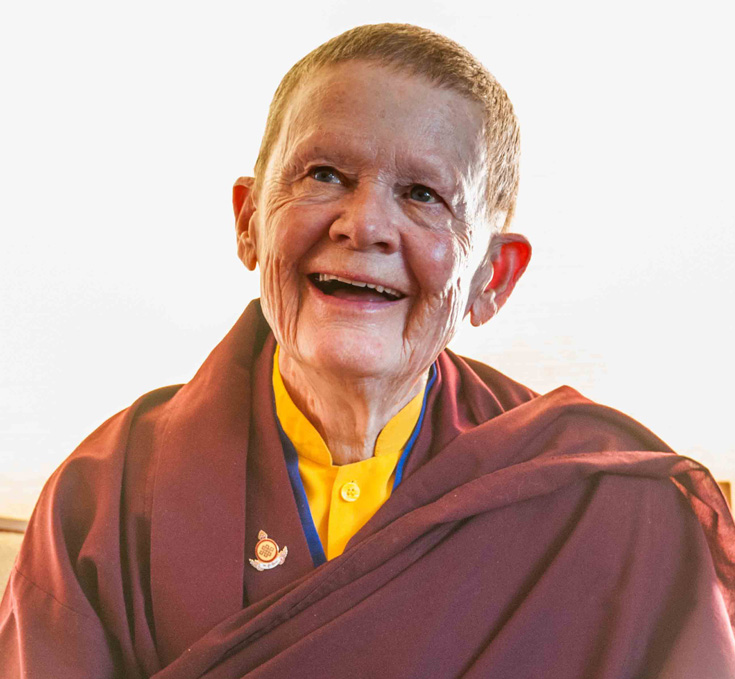 Pema Chödrön at the Benefactors Tea at Pema Chöling on August 20, 2019. Photo by Ven. Jampa Kalden.

The Pema Chödrön Foundation (PCF) has granted the deed to the residential property that they purchased for Pema Chöling, a nuns’ hermitage and monastic center in Crestone, Colorado, to the community that resides there.

In October 2015, PCF purchased the property for what was then called the Sahaloka Monastic community, headed by Ven. Thubten Saldon. The center, which was later renamed Pema Chöling by Thrangu Rinpoche, houses a few resident nuns at a time and serves as a gathering place for visiting monastics, rituals, and an annual Yarney retreat.

The foundation granted the property to Pema Chöling in July “in recognition of the maturation and stability of Pema Chöling’s organizational structure.” Pema Chöling held a Benefactors Tea on August 20, where they formally announced the grant. Pema Chödron, the guest of honor at the tea, gave a short talk and shared her appreciation of those who continue the monastic tradition. 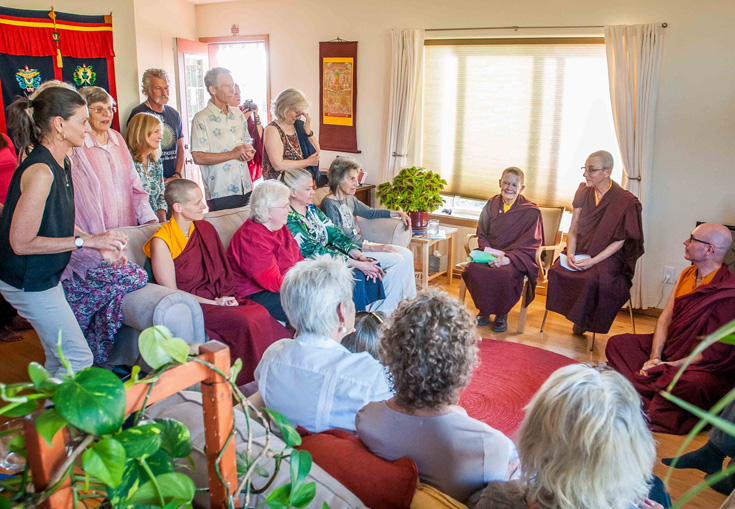 The Benefactors Tea at Pema Chöling on August 20, 2019. Photo by Ven. Jampa Kalden.

The center operates in a three-bedroom home and plans to construct a yurt shrine room in 2020 to accommodate the growing community.

“The Pema Chöling board wishes to express its deep gratitude for such unstinting generosity and trust on the part of the Pema Chödrön Foundation, with the pledge to be conscientious stewards of this rare monastic environment,” the center wrote on its website.