“In this sacred moment, we invite you to join us in generating powerful energy of peace, compassion, and mindfulness to offer our beloved teacher,” Plum Village writes. 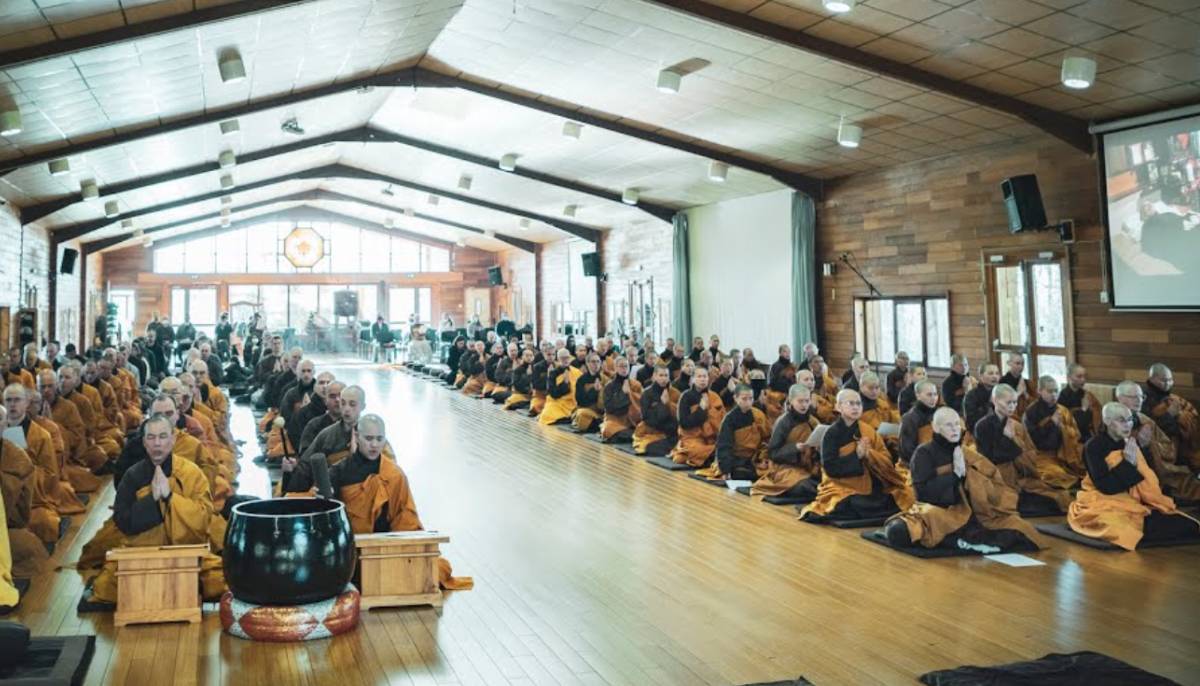 Following the death of Thich Nhat Hanh, who passed away at the age of 95 at Tu Hieu Pagoda in Vietnam on January 22, Plum Village is broadcasting memorial services honoring their teacher over the next week.

Plum Village announced the series of memorial services, which are being streamed on their Youtube Channel, in a newsletter to their community. The ceremonies will be broadcast from Từ Hiếu Temple in Huế, Vietnam, where Nhat Hanh passed away, Plum Village in France, and Deer Park Monastery in California.

The first day’s ceremony was broadcast from Plum Village, France and offered a preparation of Thich Nhat Hanh lying in wake, guided sitting meditation, incense offering, and chanting to “offer our collective energy of peace, love, and gratitude to our beloved teacher.”

The services include a ceremony for laying Nhat Hanh’s body in the casket, a Novice Ordination of new monastics at Plum Village, France, a day of mindfulness, and a number of memorial ceremonies. Today’s ceremony will begin at 8:00 p.m. EST, and can be watched on Youtube.

The livestreamed ceremonies will culminate on Saturday, January 29 with a funeral and cremation ceremony at Từ Hiếu Temple, in Huế, Vietnam.

Plum Village has also published a series of memorial practice resources, sharing selected chants, meditations, teachings, readings, songs, calligraphies and photos to support your memorial practice at home or with a local sangha. The resources also include guidance videos on how to set up your own altar to honor Thich Nhat Hanh, and how to generate the energy of mindfulness, peace, compassion during ceremonies.

A full schedule of services and list of resources can be found at plumvillage.org/memorial