Roshi John Tarrant takes a look at the example of a woman and her mother, exploring bitterness in their relationship. 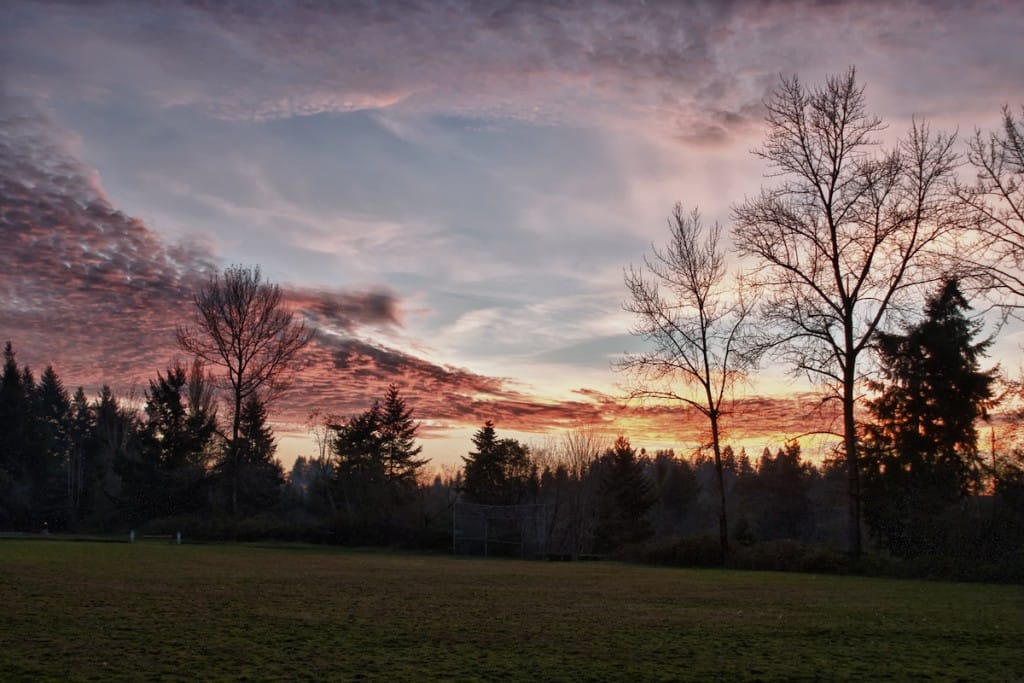 Gratitude is something that I haven’t planned on—either to receive or to give—it takes me by surprise. It arrives out of nowhere. It’s the part of happiness that is beyond selfishness. My gratitude doesn’t have a lot of discrimination and I like that. I’m watching a hippy girl at the check out, she’s wearing a shirt with an animal tail, she has all the codes stored in her head and is witty and helpful and I’m grateful for this moment with her. Later I’m planting bulbs for late spring and I see the crows teasing a hawk and I’m grateful for them too.

My car broke and I’m not very good at choosing cars, so while I am pondering my ex-wife lent me her old Honda. It has not one but two Obama stickers on it, a 6-year-old sticker for our kid’s high school, a breast cancer sticker and a Pacific Zen Institute sticker. It is underpowered and what I think of as an ugly shade of gold. Driving it I feel as if the CIA sent me into deep cover and gave me a car no one would imagine me driving. And yet it works better than my dead Volvo, and she was kind enough to lend it. I’m enjoying driving a car that a friend lent me, like wearing a friend’s jacket. That’s another kind of gratitude, in which I appreciate something I had overlooked or thought little of.

Gratitude dissolves the walls in the heart. Gratitude, often accompanied by tears, is what people always mention when they have an awakening experience. Koun Yamada said that when he awakened, he fell into his teacher’s lap and wept. His teacher patted his head and said, “I know, I know,” the way you would with a child you loved.

It is such a fine experience and so much the opposite of unhappiness that I sometimes catch my mind trying to claim it when it is in the neighborhood but not actually present—I’m feeling some warmth so I want to say I’m grateful but it’s still mixed with reservations or calculations and so not yet gratitude. Here’s a koan story about meeting without reservations.

You are walking in the hills for exercise when you are chased by a mountain lion. At the edge of a cliff you jump over and grab on to a vine. It is far to the bottom and when you look down you see that a grizzly bear is there, looking up. Above you a white mouse and a black mouse appear from the cliff side and begin to eat away at the vine. Your eye lights on a red strawberry. You pick it, you eat it. It is delicious.

Gratitude welcomes what we are given. It doesn’t know any stories about how it should have been. To talk about gratitude is also to talk about what prevents gratitude, about resentment and bitterness.

Resentment and bitterness are the residue that comes from dashed expectations. Since the world doesn’t fit our stories, there is a tension where I expected life to be more favorable to my hopes than it has been, or feel that the world has not bothered enough with me. That bitterness sticks in the body and the mind, so that the mind reruns its painful stories and the body stores them in awkwardness and discomfort.

I have a friend whose father disappeared before she was born. The father was opposed to the autocratic regime in South Korea and one day in 1955 he disappeared. Nothing was ever known about what happened to him. Anna Akhmatova tells about standing outside the Lubianka prison in Moscow once a week in the freezing cold, holding a loaf of bread that she hoped might get to her son. In my friend’s case they didn’t even know whether her father was alive.

Then her mother was arrested and she, the daughter, was born in prison. The mother blamed the father for abandoning her; she never forgot her bitterness.

She talked about how he had ruined her life and didn’t think of herself as mother. The child played piano and was a prodigy. Eventually she came to California and studied early music and taught and lived a very independent life. She went back home from time to time in a dutiful fashion but their meetings were sullen and difficult. She would arrive from the airport and her mother would say, “Why don’t you color your hair?”

The mother had moved to an old age home and the daughter went back for another ordeal recently. Her mother liked the kind of red bean cakes that are made in shape of a fish. They come at many levels from very expensive to really cheap, and her mother was familiar with the high end ones. But my friend went to a street vendor and got lots of the cheap comfort food bean cakes. Then she went into the rest home and gave them out to everyone, saving three for her mother. Each day she bought the cakes. On Sunday when the bakers didn’t make them, she told her mother that she had eaten all the fish in the North Sea and she’d have to go fishing for her in the South Sea. Suddenly they were laughing together.

There was a mountain behind the home and the daughter is a teacher of flower arranging in the Japanese mode. She wandered up the mountain with clippers and made large arrangements for the home. Everyone was delighted.

I thought, Why am I worrying about my relationship with her? The time for that has passed. She isn’t my mother who wasn’t a mother, she is old and sick and dying. It isn’t that I forgave her, or that I let go of what had happened, the childhood I didn’t have. It wasn’t that. Nothing had happened. There was nothing to forgive. We talked and laughed. She hadn’t been eating till I came and then she started eating again. I’ll have to make another trip back for her funeral.

The koan way of looking at bitterness is that when it’s happening you are barking up the wrong tree. You are trying to forgive or let go or explain why your mother should have been a mother to you. None of that works very well. But if nothing happened, all you need to do is buy red bean cakes and hand them out and everyone is happy.

A Thanksgiving exercise might be to ask some questions. Here are the ones I’m asking myself, a beginning for a list.

Who am I grateful to?

What is bitterness about?

And what are the practices of gratitude?