Merit release—procuring animals that are about to be slaughtered and releasing them back into the wild—is a tradition practiced, to different degrees, by various Buddhist groups each year. It sounds like a good – and yes, meritorious – idea, but you might want to think twice before trying it. Why? 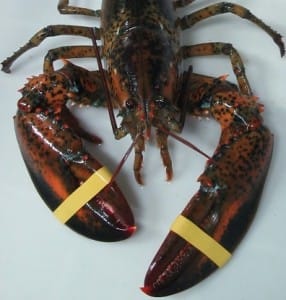 Well, as Conservation Magazine reports, hundreds of thousands of birds are caught in Asia each year just so they can be bought for merit release, putting them through the unnecessary stress of catching them just to be set free again. But there’s more. Many of these birds are infected with avian flu virus and other pathogens, and they can infect other birds, animals and people when they’re released. According to the study, published in Biological Conservation, 10 percent of the Cambodian birds the researchers tested were infected with avian influenza. “The presence of pathogenic viruses and bacteria among birds available for merit release is a concern both to wild bird populations and to humans involved in the trade,” the authors write.

Birds aren’t the only animals commonly used for merit release. Gampo Abbey in Nova Scotia has an annual tradition of releasing a boatload of lobsters back into the ocean on the last day of lobster season. On June 30, a group of abbey residents and friends boarded a boat and bought about 100 lobsters from a local fisherman. After a reading of The Essence of Benefit and Joy: A Method for the Saving of Lives by Jamgon Kongtrul Lodro Thaye, the lobsters were released back into the Gulf of Saint Lawrence.

But in addition to buying lobsters directly from the fisherman, at least one Buddhist group—as well as the animal rights group People for the Ethical Treatment of Animals PETA)—encourages other means of releasing animals, including taking lobsters and other live seafood from grocery stores and putting them back in the ocean. But Spencer Greenwood, director of the Lobster Science Center at Atlantic Veterinary College in Prince Edward Island, says putting store-bought lobsters into the ocean is potentially dangerous for the crustaceans.

“To increase the likelihood that all the lobsters are going to survive, it would be better to do it in conjunction with a fisherman,” he told me. “To me that would be a more ethical way of doing it.”

Greenwood said lobsters taken from a grocery store have to be acclimated to the ocean water before being released, so the different water conditions aren’t too much of a shock to their bodies. Lobsters secrete ammonia, Greenwood said, which can be toxic to them in the wrong environment.

Greenwood said it’s important to acclimate the lobsters to the water, to ensure that they’ll survive. “If they’re not in the right type of environment, it can be dangerous to them.”