Officials hope the discovery will encourage tourism and religious harmony. 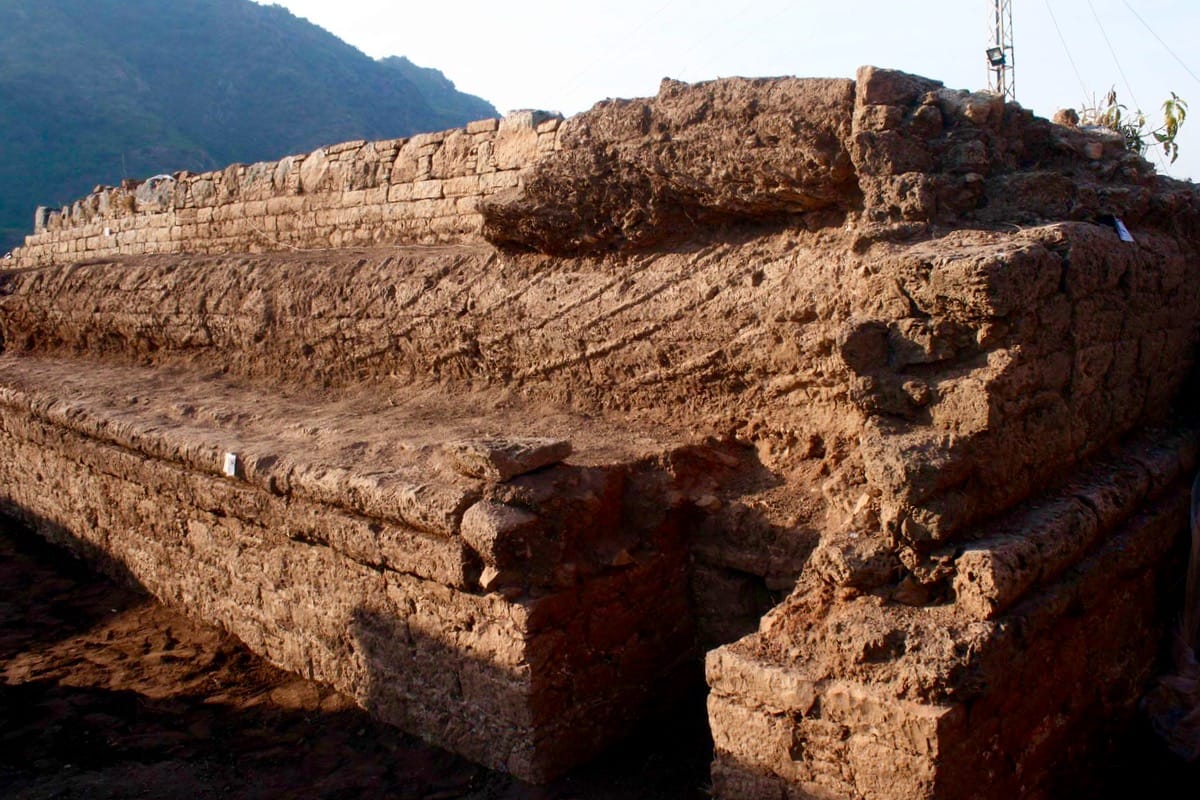 The base of the sleeping Buddha statue.

Last month, the remains of a 1,700-year-old reclining Buddha was unveiled in the Khyber Pakhtunkhwa province of Pakistan. The statue measures 48 feet long and is located near Bhamala Stupa, a ruined Buddhist stupa and National Heritage Site. Carbon dating places the statue in the 3rd century AD, reportedly making it the oldest sleeping Buddha remains discovered so far.

“This means a lot for the Khyber Pakhtunkhwa Archaeology department and shows its professionalism and commitment for the subject,” said Abdul Samad, the director of the province’s archaeology and museums department.

The unveiling was attended by Pakistan’s opposition leader, Imran Khan, who called the archaeological site “an asset for our country.”

Samad said the excavation of the sleeping Buddha remains took almost three years to complete. Sometime in the future, the department plans to reconstruct the entire statue with international help.

Besides the reclining Buddha, archaeologists also found more than 500 Buddhist artifacts at the Bhamala Stupa site.

The region was the centre of Buddhist civilization 2,300 years ago while under the control of Emperor Ashoka (304-232 BCE) during the Indian Mauryan Empire. Discovered in 1929, the Bhamala site is a reflection of the diverse religious history and culture that still exists in Pakistan.

There are more than two thousand Buddhist stupas and monasteries in Khyber Pakhtunkhwa. Most of them are square, the typical Gandharan shape, but the Bhamala Stupa is cross-shaped, which archaeologists believe means the site was used by a different sect of Buddhism. This sect was isolated, but later expanded in Kashmir and became the popular form of Buddhism.

“Pakistan [was] once the hub of religious tourism,” said Samad. “People were coming on a daily basis and visiting these religious places.”

After 9/11, Samad said tourism “almost ended” in Pakistan due to fear of Islamist militancy, but he believes that the discovery of the reclining Buddha will attract visitors once more.

“It’s been almost 18 years since this incident and during this time a new generation of Buddhists has grown up with no knowledge of their religious roots and ancient connections. I believe this discovery will attract them to visit again this much peaceful land.”