The relics are believed to have been looted from religious sites in Kathmandu Valley after researchers reviewed of the objects’ provenance records. 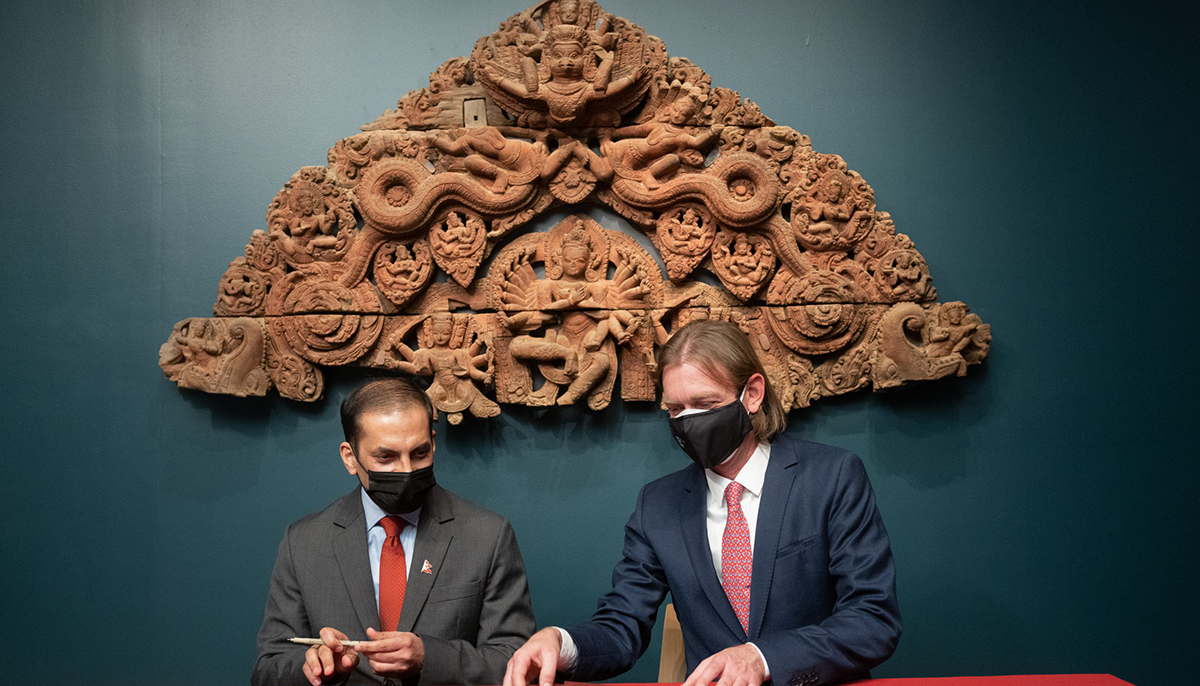 The Rubin Museum of Art in New York has announced that it will be returning two objects from their collection back to Nepal, after researchers found the items had been stolen by smugglers from religious sites in the Kathmandu Valley, the New York Times reports.

One of the items is a 14th-century carving of a flying celestial figure known as an apsara — a piece of a window decoration from the Itum Bahal monastery of Kathmandu. The other is the upper section of a 17th-century ornamental wooden gateway known as a torana. On Monday January 10, 2022, Bishnu Prasad Gautam, Nepal’s acting consul general in New York, and Jorrit Britschgi, executive director of Rubin Museum, hosted a ceremony marking the agreement of return for the two carved wooden sculptures, and signing a Memorandum of Understanding on behalf of the Government of Nepal. 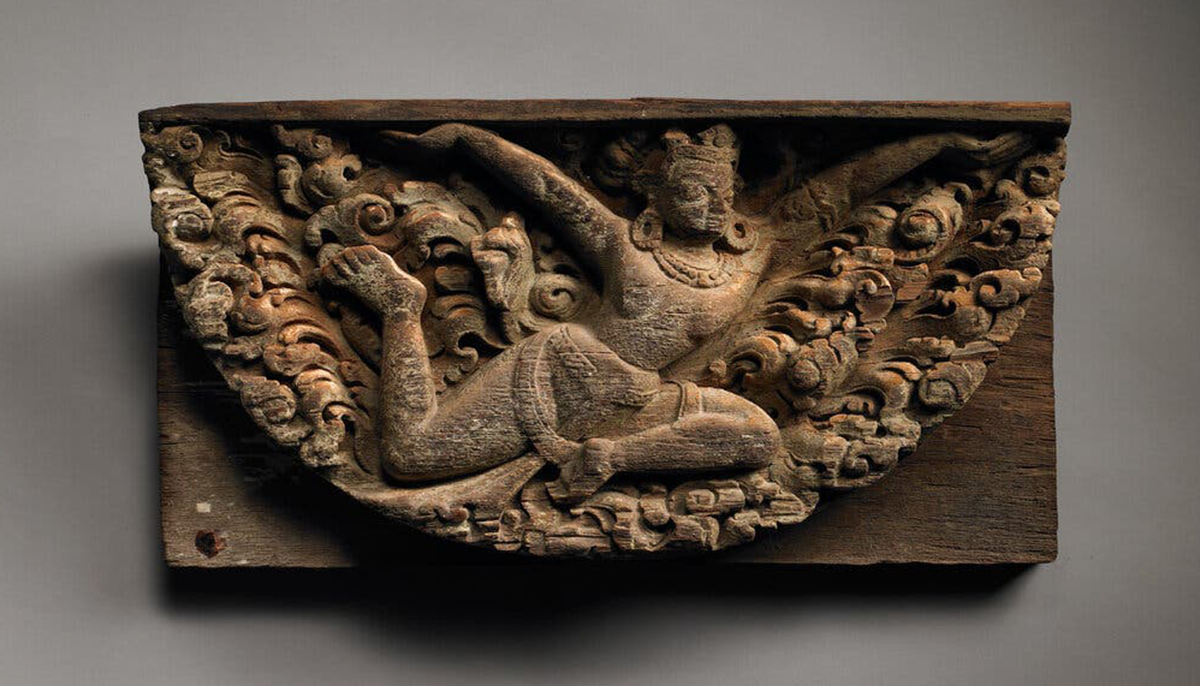 A press release from the Consulate General of Nepal in New York stated that the museum and the consulate worked with two Nepali art scholars, and the Department of Archaeology of the Government of Nepal to identify the artifacts, their origins and that they had been illegally acquired.

This finding is part of a larger pattern of stolen relics being returned to Nepal from the West. Groups such as the Nepal Heritage Recovery Campaign have been instrumental in identifying these missing artifacts including a 10th-century statue of a Hindu deity returned by the Metropolitan Museum of Art in September 2021, and a Nepalese sculpture returned by the Dallas Museum of Art in March 2021.

The museum’s executive director stated in a newsletter, “You’re probably aware that the theft of archaeological objects is a major concern in the art world, and we believe it is our responsibility to address and resolve issues of cultural property, including objects in our own collection. The research we conducted, and our close collaboration with the Consulate General, led us to the decision to return the two objects to Nepal.”