The sometimes controversial Buddhist teacher founded Triratna — one of the most popular sects of Buddhism in England — and helped establish Ambedkarite Buddhism, which has millions of followers in India. 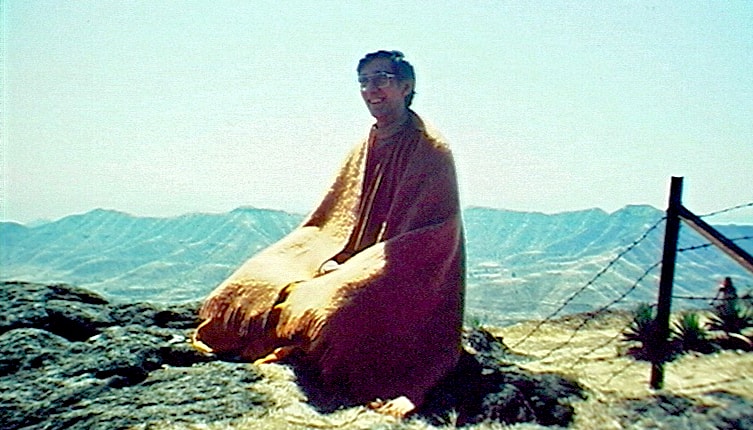 Sangharakshita, Buddhist teacher and founder of the Triratna Buddhist community, died this morning in Hereford, England. He was 93 years old.

Sangharakshita was born Dennis Lingwood in South London in 1925. After serving in Asia in World War II, he left the military and spend 20 years studying Buddhism throughout Asia. He ordained as a monk in the Theravada tradition, receiving the name Sangharakshita, before eventually shifting his focus more to Tibetan Buddhism and studying with Tibetan lamas such as Dhardo Rinpoche, Jamyang Khyentse, Dudjom Rinpoche, and Dilgo Khyentse Rinpoche, who were in India, having fled the Chinese occupation of Tibet.

In 1952, Sangharakshita met B.R. Ambedkar, the architect of the Indian constitution and India’s first law minister. Ambedkar was born an “Untouchable,” a member of the lowest Indian social caste. With help from Sangharakshita, Ambedkar initiated a massive movement to convert Indian untouchables from Hinduism to Buddhism. On October 14, 1956, Ambedkar converted to Buddhism along with 380,000 Untouchables. He died six weeks later. Sangharakshita helped continue the nascent Ambedkarite Buddhist movement, spending much of his time over the next decade teaching former Untouchables. Since its founding, millions of Untouchables have taken up Ambedkarite Buddhism.

In 1964, Sangharakshita returned to England, and in 1967 founded his own community, the Friends of the Western Buddhist Order (FWBO). The community found success by teaching traditional Buddhist ideas in a style that appealed to young counterculture Brits of the 60s. The FWBO did not ascribe to any single Buddhist lineage but instead espoused Sangharakshita’s own formulation of Buddhist thought. The organization was active and successful in introducing significant numbers of Brits to Buddhism and grew quickly. 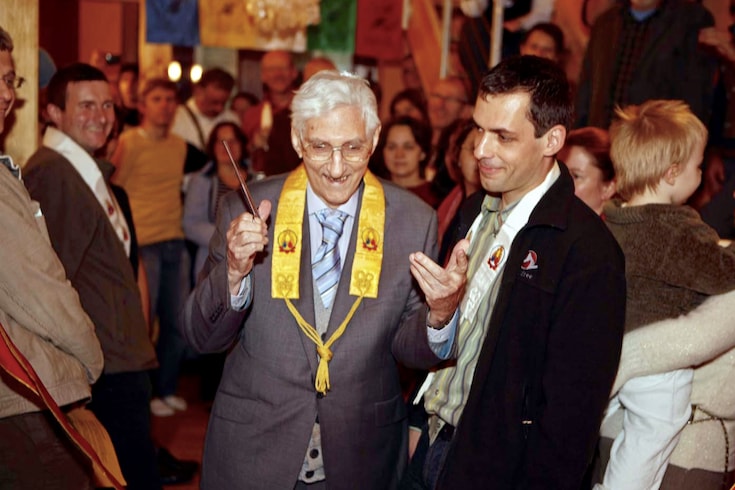 Sangharakshita at a ribbon-cutting in 2008. Photo via Triratna on Flickr.

In the 1990s, Sangharakshita retired and eventually stepped down from leadership, but remained the most prominent figure in the organization. In 2010, the organization changed its name to the Triratna Buddhist Community and the Triratna Buddhist Order. By 2017, Triratna’s ordained sangha operated in 26 countries and reported a membership of 2200, with 30% of members in India.

Sangharakshita was a controversial teacher, criticized at various times for his rejection of Buddhist lineage, treatment of his students, and alleged sexual misconduct and sexist treatment of women. Students say that Sangharakshita pressured straight men to have sex with him. Allegations continued to surface over time, with some emerging as recently as 2017.

Shortly before his passing, writer and meditation teacher Vishvapani, a student of Sangharakshita, posted on Facebook that his teacher was dying. He wrote, “For me he has opened a door to the Dharma – in fact many doors. I can’t help thinking of all he has achieved as a writer, a teacher and a spiritual friend without a sense of awe and love.” Vimalasara Mason-John, a student of Sangharakshita, author, and mindfulness-based addiction treatment expert, wrote, Thank you for transforming my life and the life of many others. And teaching me that ‘Awareness is Revolutionary.'”

According to a statement from Triratna, Sangharakshita had been diagnosed with pneumonia and sepsis before he died. Triratna has established a memorial space on its website, which includes details about the funeral scheduled for November 10 near Ledbury, Herefordshire. Between Tuesday and Friday, people are invited to visit Sangharashita’s home to sit with his body.