In the opening editorial of our September 2018 issue, Lion’s Roar‘s associate editor Lindsay Kyte shares how Buddhist wisdom taught her to rest. 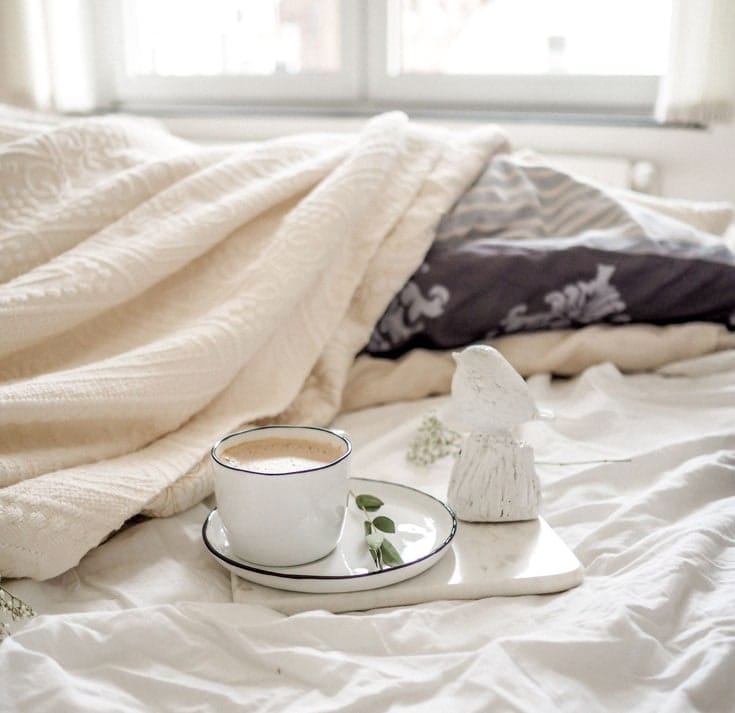 A few months ago, I had my first hospital stay. While I was hooked up to an IV, I was making plans for all the things I was going to do the next day, even though I couldn’t stand up without falling down from weakness. Those with me rolled their eyes and spent the next weeks trying to prevent me from “doing.” Turns out I am really, really bad at resting. My loved ones had to be on twenty-four-hour Lindsay Watch. They caught me trying to write articles, putting dishes away while dizzily swaying on a tall chair, and attempting to coordinate an event for charity instead of healing. At one point, I even signed up for a drum circle on Facebook, causing my best friend to write “REST, LINDSAY!!” underneath the post.

Then, once I did settle down, Netflix and I got in a big fight, as I got sick of it in no time flat. I took out on poor Netflix everything I was feeling — helplessness, guilt, fear, anger, and just plain old boredom. I really needed help accepting that this mortal human body has its own needs and timeline, because my overactive brain was telling me the world would end if I didn’t fulfill every responsibility in every area of my life right at that second. (I am not that important, brain. Calm down.)

When I read that even His Holiness stops his busy schedule to take care of his health, I realized I could be a little easier on myself.

Luckily, there is help in the form of Buddhist wisdom, developed by centuries of humans who have felt antsy when illness has turned them into slabs of humans watching endless The Price Is Right reruns.

The authors in this issue who have written so beautifully and frankly about the practices and perspectives that get them through their times of illness inspire me. Barry Kerzin writes about treating the Dalai Lama and, when I read that even His Holiness stops his busy schedule to take care of his health, I realized I could be a little easier on myself. The delightful Natalie Goldberg describes how she got to know her illness like it was a person in her life. Maybe I should have offered mine a popsicle instead of berating it for being there. And because loving-kindness toward myself makes me realize I need something to focus on while I am sick or else my mental energy will spin into storylines, I’m grateful for the Medicine Buddha practice offered by David Michie. Jill Suttie of the Greater Good Science Center seconds the choice to meditate for healing, as she reports on the health benefits of meditation. If only Bob Barker swapped out the Showcase Showdown for a meditation period once in a while, we’d all do it when we were sick (although one of the benefits of meditation is usually not winning a blender, so I see the case for both).

It’s been a few months since my hospital stay, and I’m thankful to be back in good health. I can also now see how I added suffering to my suffering. The next time I’m too weak to stand, I promise I’ll try not to sign up for any more drum circles, and will instead say “Yes to the Rest” (that is what I’ve named Bob Barker’s imaginary meditation segment).