After 23 years, the meditation center has plans to move into a smaller space. 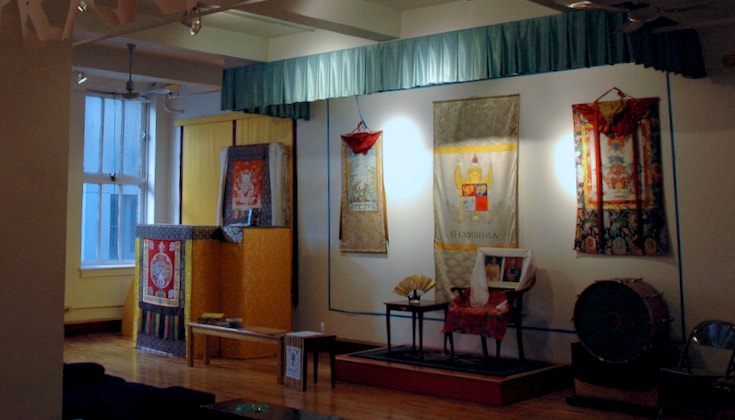 According to interim director Eric Spiegel, Shambhala Meditation Center of New York will close on December 8, eventually reopening in a smaller, more affordable location. Spiegel says the relocation is largely due to a lack of funds.

“Although the announcement happened around the same time as the allegations against the Sakyong arose, there were serious ongoing structural issues that were being ignored,” Spiegel said, referring to allegations of misconduct by the leader of Shambhala. “Our rent was approximately $30,000 per month, which required very aggressive programming, which required a large staff, which then required continual fundraising efforts to support all of the above.”

According to Tricycle, membership director Katherine Lieberson distributed an email in September calling for additional financial support from members of the community. She said the center had plans to move by 2020, but the current crisis in the Shambhala community forced the center to close sooner than expected, although she didn’t directly address the allegations against the Sakyong.

Spiegel said the community will not move to a new space until a stronger leadership structure has been put in place. In the meantime, all of the center’s events will be put on hiatus until Shambhala Day on February 5. After that, Spiegel said, the community will discuss the possibility of offering programs—dharma gatherings, sittings, and classes—in various spaces throughout the city.

“The elements of our current, beautiful center came together through many auspicious coincidences and the efforts of many people at another time when our community was in fragmented disarray. […] There is nothing inherently bad about things changing, dying, being born, coming together and apart. It is what things do.”

On December 8 from 2 to 5 pm, Shambhala NYC is inviting the community to bid farewell to its current location at 118 West 22nd, New York City.