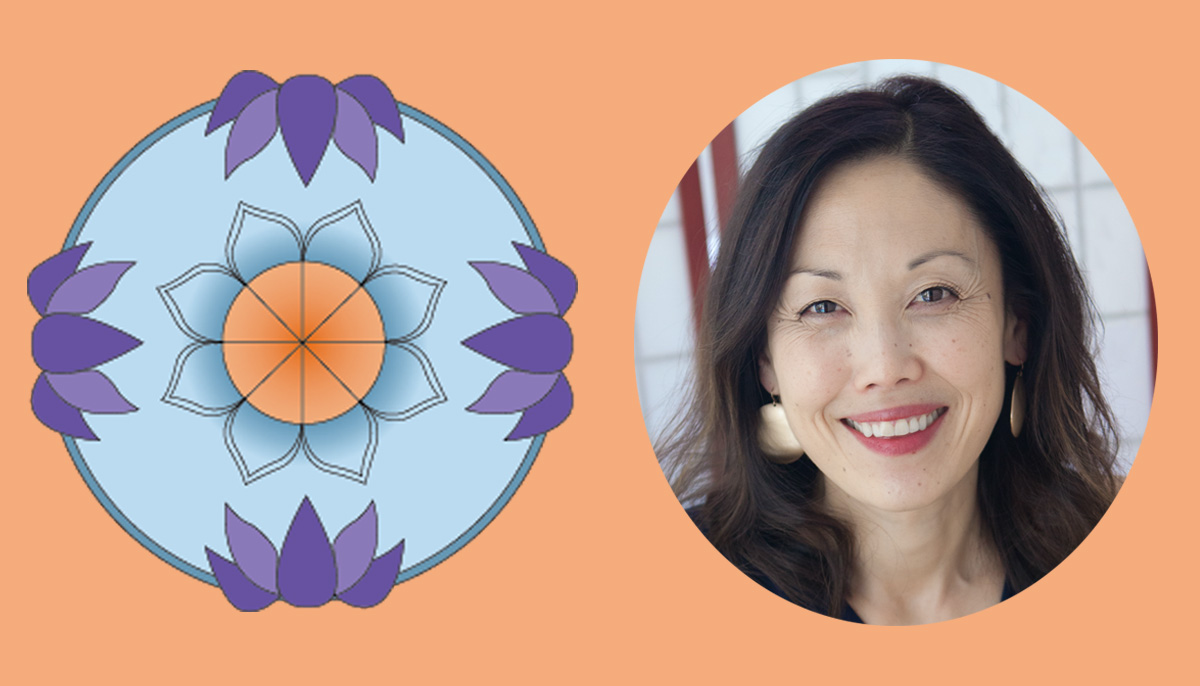 Andrea Miller: Tell me about Sakyadhita.

Sharon Suh: Sakyadhita got started in 1987. It began with a conference of nuns and was primarily aimed at establishing support for ordination for nuns in the Theravada tradition. Since that time, it’s grown into an organization that has over 2,000 members—both nuns and lay people, lay women predominantly.

Sakyadhita gathers Buddhist women from over 40 different countries to have a sangha that transcends the particularities of region and sect.

Sakyadhita now advocates for the well-being of women in a variety of different ways, whether it is that question of ordination or education access or—more and more—empowering lay women teachers. Sakyadhita meets every two years. It gathers together Buddhist women from over 40 different countries to have a sangha that transcends the particularities of region and sect.

Why do you think it’s important to bring together lay and monastic Buddhist women from all over the world?

We need each other. There’re many Buddhist nuns that have been phenomenal teachers for lay women. They’re incredible role models, but lay women oftentimes don’t get the kind of attention that they deserve in terms of the work they do in promoting and disseminating Buddhist teachings. With a mass of Buddhist women together, there’s a lot we can accomplish. Having a global network of Buddhist women is critical for promoting the wellbeing of women in a number of different locations in the world and social locations

Can you say more about the challenges that Buddhist women face worldwide and what Sakyadhita is doing to address them?

The struggle for full ordination in Theravadin Buddhist countries has been one of the biggest challenges, but also the area of the biggest success. Reestablishing the bhikkhuni lineage in Sri Lanka, for example, had everything to do with the work of Buddhist women associated with Sakyadhita, who had done years of tireless work to change the attitude toward bhikkhuni ordination.

There’re still growing edges in terms of understanding the perspectives that men have about women teachers. Many women, too, have been socialized into thinking that female teachers are somehow not as prestigious as monks.

I just met recently with the executive committee for Sakyadhita and I posed this question—what are some of the biggest challenges we’re facing now? What emerged had to do with the pandemic and how women have been disproportionately impacted. Yet the biggest challenges give rise to the kind of skillful adaptation that women in general are really good at. So, the pandemic has isolated us, but at the same time the use of Zoom—however, faulty, it may be as a medium—has allowed the elevation of female teachers in ways that might not have happened prior to the pandemic.

It’s a communal celebration that transcends borders. There’s a really exciting energy just from bringing together Buddhist nuns and lay women from all over the world.

A Sakyadhita conference always includes an opening ceremony that highlights different nuns from different traditions. There’re meditations that are led every day by different women from different temples and monasteries. It’s a way to see how other women in other countries and regions are practicing Buddhism. It’s almost like the Buddhist Olympics, because you see the different Buddhist countries being represented as they come into the conference space. I think for women who don’t have access to full ordination, it’s exciting to be able to see nuns who do—it’s seeing the possibilities.

There’re also a lot of workshops and you have different cultural events relevant to the hosting country. In addition to that, there’re paper panels. So, the conferences are both academic and practitioner oriented. It’s an opportunity to get academics, practitioners, and artists to present their work. Then there’s always a volume that comes out of the conference, which highlights some of the key papers.

I understand Sakyadhita intended to have their 2021 conference in Malaysia, but that it was ultimately decided that an in-person conference wouldn’t work because, given the pandemic, you were concerned about the health and safety of your members. So now the conference will be held virtually. What are the plans for it?

The program committee has done an incredible job. Hats off to them for putting together a conference that will run for three days online. The theme of the conference is “Buddhist Women Beyond Boundaries: Interfaith, Interdependence, Environment.” The pivot to an online format is definitely beyond boundaries that we might ordinarily perceive.

The conference begins on December 26th. We have two keynote speakers, one in the beginning and one at the end. The conference begins with an opening ceremony and the keynote by Sister Malia Dominica Wong on interfaith dialogue. Then it ends on the 28th with a closing ceremony and a keynote by Dr. Hema Goonatilake from Sri Lanka on bhikkhus and bhikkhunis solving current challenges. So the beginning keynote is on that interfaith component and the ending emphasizes socially engaged and socially applied Buddhism. Those are the two bookends of the conference.

Then there’re different paper sessions, and they’re pretty incredible. There’s a panel and paper on experiences of menstrual hygiene management in monastic spaces and another one on religious piety of female sex workers in Thailand, and there’s panels and papers on Buddhist bioethics and feminist bioethics.

In addition, there’re different workshops. There’s one from Korean Buddhist nuns on drawing lotuses on a fan. There’s also a Tara dance that’s going to be offered. So, the conference will run the gamut between the cultural and artistic and academic and the applied aspect of Buddhism.

Sakyadhita conferences are directed toward what is happening on the ground and on what ways Buddhism has addressed the social issues that women are facing. Purely academic conferences don’t fly with Sakyadhita because they do not really support the aims of Buddhist women. Academic conferences tend to be more abstract.

Who is welcome to attend the online conference in December, and how can they sign up for it?

Anybody is welcome to attend and we are open for registration now. [Register here]

We are currently trying to figure out all of the particularities of online platforms, and nobody on our board is trained in this. The conference is critical, so there was no question about canceling it. It was more how to pivot to an online format in a way that’s meaningful and accessible. We have an incredible team of people that works tirelessly. It’s a labor of love.

How did you come to be involved with Sakyadhita?

When I was in grad school many years ago, I was very interested in the topic of Buddhist women. When I told my graduate advisor that I wanted to do work on Buddhism and women and gender, his words to me were, “Gender? What gender and Buddhism?” It’s astounding, but those were literally his words, and I wasn’t satisfied with that.

At that point, Google wasn’t a thing, but I started to do research on my own—library research—looking for resources. I found Sakyadhita and was so impressed by the breadth of work that was done. That’s how I got to know Venerable Karma Lekshe Tsomo, who really has been such a key figure.

Venerable Lekshe invited me to offer the keynote for the Sakyadhita conference in Malaysia in 2006. And I was stunned, like, why me? I had a lot of anxiety about whether or not I had something to offer, but when Venerable Lekshe invites you to offer the keynote, there’s no other answer but yes. Given all the work that she’s done and all the work that the members of Sakyadhita have done, I couldn’t imagine saying no.

Now you’re president of Sakyadhita. What are you hoping to accomplish?

I see myself as somebody who has a strong history in administration and non-profit work. So when I try to think about why Venerable Lekshe asked me if I would be willing to be nominated, I think it had to do with my experience in nonprofit leadership. For me, the most important thing for a nonprofit organization is its internal health. Some people expect that I’m going to have some grand vision for Sakyadhita but the grand vision can’t continue to happen without making sure that the infrastructure is in place. What I mean by that is making sure that our board is healthy, that it’s working according to its bylaws. It’s the not-so-exciting work, but the work that really has to be done in order to allow us to continue to grow.

Register for the 17th Sakyadhita International Association of Buddhist Women’s Conference below: 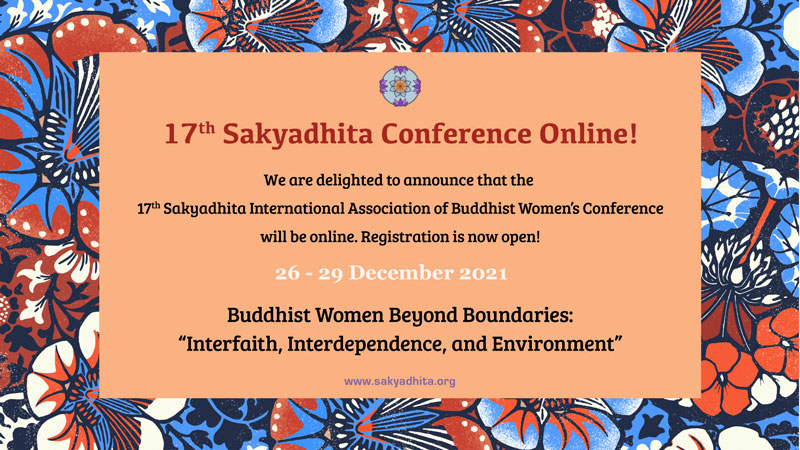