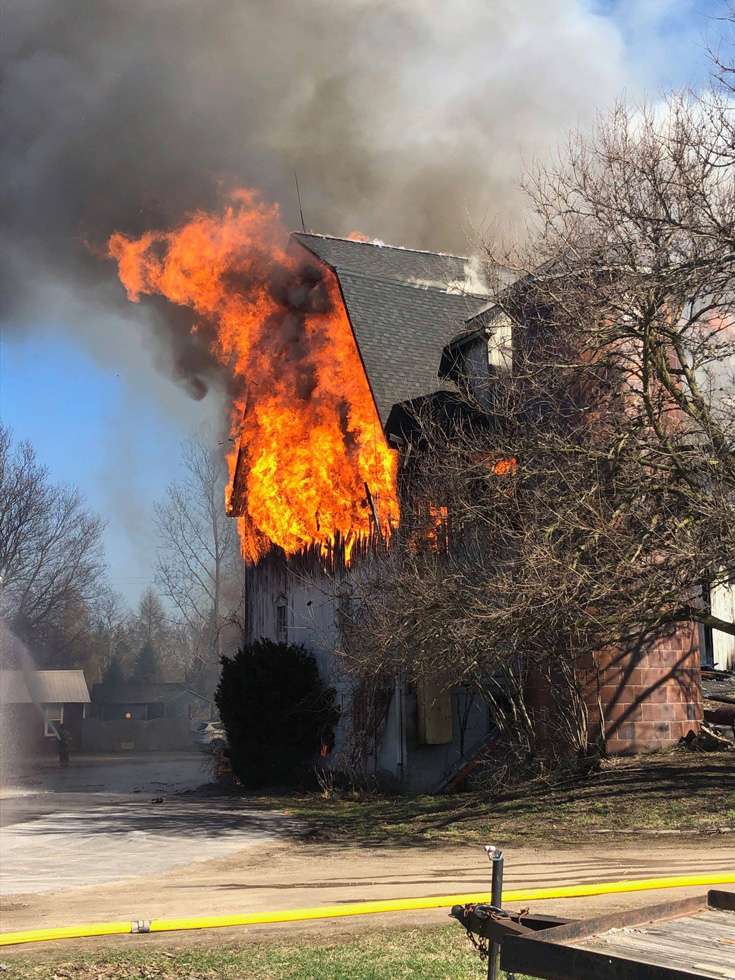 The community is asking for donations to help rebuild and recreate the sacred space.

On April 15, a fire consumed a three-storey renovated barn at Tsogyelgar Dharma Center in Ann Arbor, Michigan, destroying the shrine room on the top floor, which featured Tibetan relics and a hand-painted mural of Tibetan Buddhist deities.

“The priceless upper shrine at Tsogyelgar has burned to the ground,” Traktung Khepa, leading teacher at Tsogyelgar, wrote on Facebook. “Years of love and labour lost, priceless relics from Tibet and gifts from Thinley Norbu Rinpoche all gone. The mural, 12 ft tall and over 100 ft long, is gone.

“No one was hurt and all of our farm animals are safe. All things are impermanent and mind’s true nature is indestructible. Still, the loss is great and the sorrow deep,” he wrote.

According to Michigan Live, an excavator operator found a charred statue of eighth-century Buddhist master Guru Rinpoche amongst the rubble. The statue used to sit on a lotus throne in the shrine room. Other than a missing hand and foot, it remains intact.

As fire consumed the shrine room, tanker trucks from local counties carted in 70,000 gallons of water from a fire hydrant two miles away to prevent flames from spreading to nearby buildings.

The community plans to rebuild. Traktung Khepa launched a fundraiser on Facebook to help recreate the shrine room. So far, the campaign has raised more than $20,000.

“We follow a faith and one of its primary tenets is that all things are impermanent,” said B. Love, the community member who painted the shrine room’s mural. “It’s these kinds of moments that give you a chance to follow your faith.”