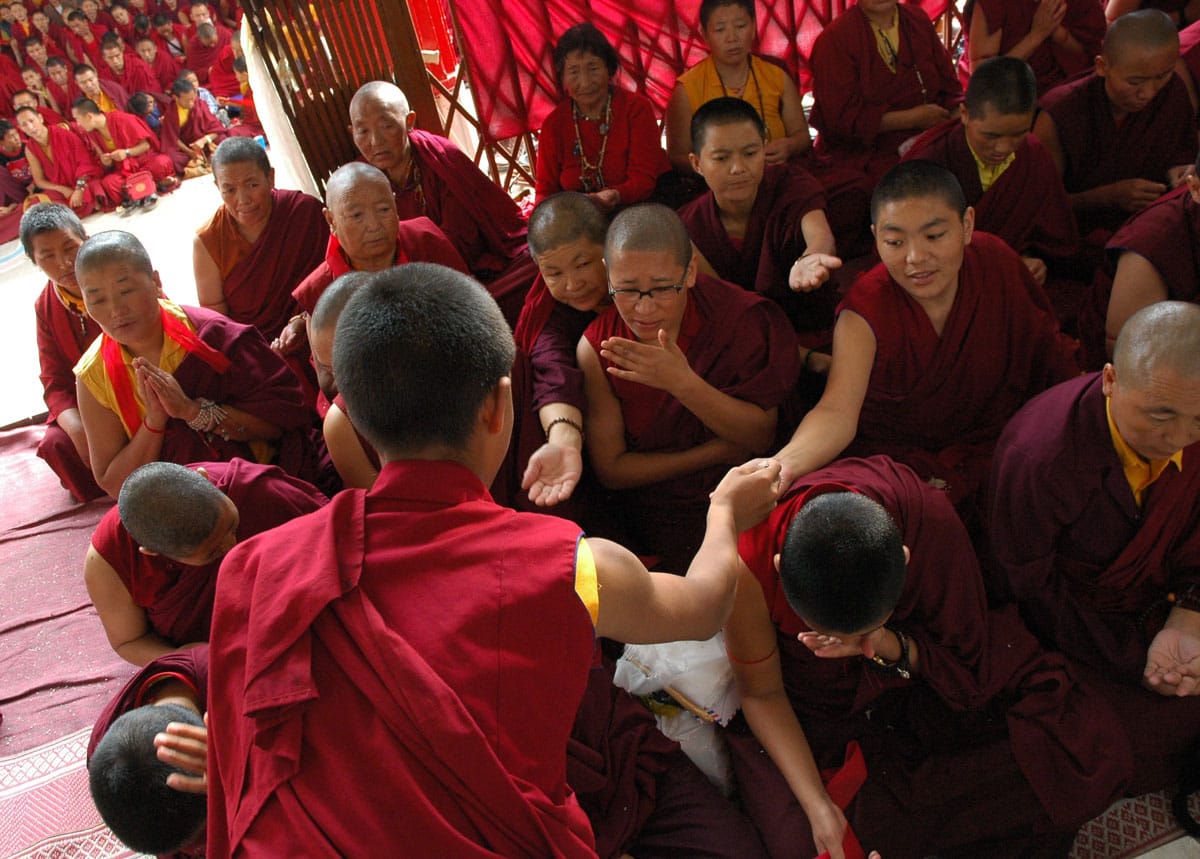 The International Network of Engaged Buddhists has posted a petition on change.org to allow women to become fully-ordained nuns in Thai monasteries. According to tradition, in order for a woman to become a fully-ordained nun, another fully-ordained nun must be present. This is often impossible in the Theravada and Tibetan traditions, where lineages of fully ordained nuns died out centuries ago. As a result, women are forced to always remain novice nuns, secondary to the monks.

In an article on Lion’s Roar, originally published in Buddhadharma, “The Time Has Come,” three former nuns explore this issue in detail, explaining that the novice nuns have less access to education and decision-making processes. In another article from Buddhadharma, Michael Haederle looks the scholarly arguments around the ordination of nuns, going all the way back to the Buddha. While all four authors find numerous impressive reasons to allow the ordination of nuns, many Buddhist communities still prohibit it.

The International Network of Engaged Buddhists, which works to bring Buddhist institutions together for social action, has addressed the petition to the organization that oversees Buddhism in Thailand, the Supreme Sangha Council of Thailand. Visit change.org to read the petition and and consider offering your signature.