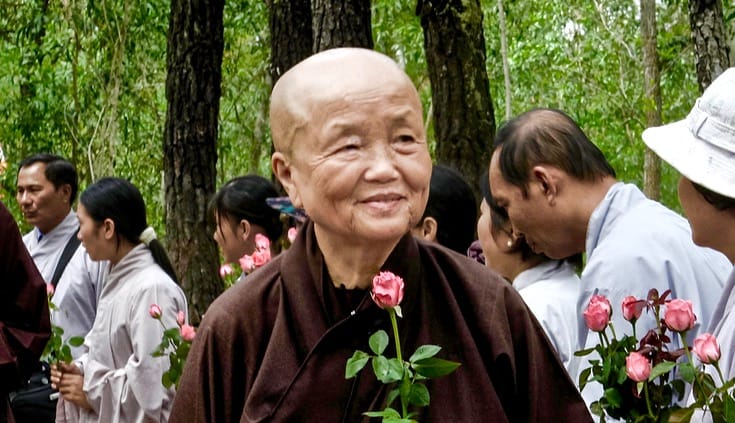 Sister Chan Khong, the eldest monastic at Plum Village, has written an open letter to Myanmar leaders Aung San Suu Kyi and President U Htin Kyaw requesting they reconsider their perceptions of the two Reuters reporters arrested in Myanmar on December 12.

The reporters, Wa Lone and Kyaw Soe Oo, had worked on stories in Myanmar about the militant crackdown that has caused over 665,000 people from the predominantly-Muslim Rohingya ethnic group to flee the Rakhine state since August. They were arrested after being invited to meet with police officers offering them information. As The New York Times reports, they were charged with “violating Myanmar’s Official Secrets Act, a broad colonial-era law that carries a maximum sentence of 14 years.”

Khong, a Buddhist teacher and a longtime activist for peace, is well-known as Thich Nhat Hanh’s closest collaborator. In her letter, which is dated December 21st, she asks the leaders to reconsider their perceptions of the two reporters, as they “are only perceptions.”

“According to the teachings of the Buddha,” she writes, “human perceptions are, in fact, only partially correct. Perceptions may be correct in some respects, yet incomplete or incorrect in other respects.”

In her letter, Khong shares details she says she has learned of the reporters’ lives, writing that they “come from humble farmer families, and yet are brilliant, astute and compassionate.”

Wa Lone and Kyaw Soe Oo have spent two weeks in custody in Myanmar, and on Wednesday, a court in Myanmar extended their detention for another 14 days. 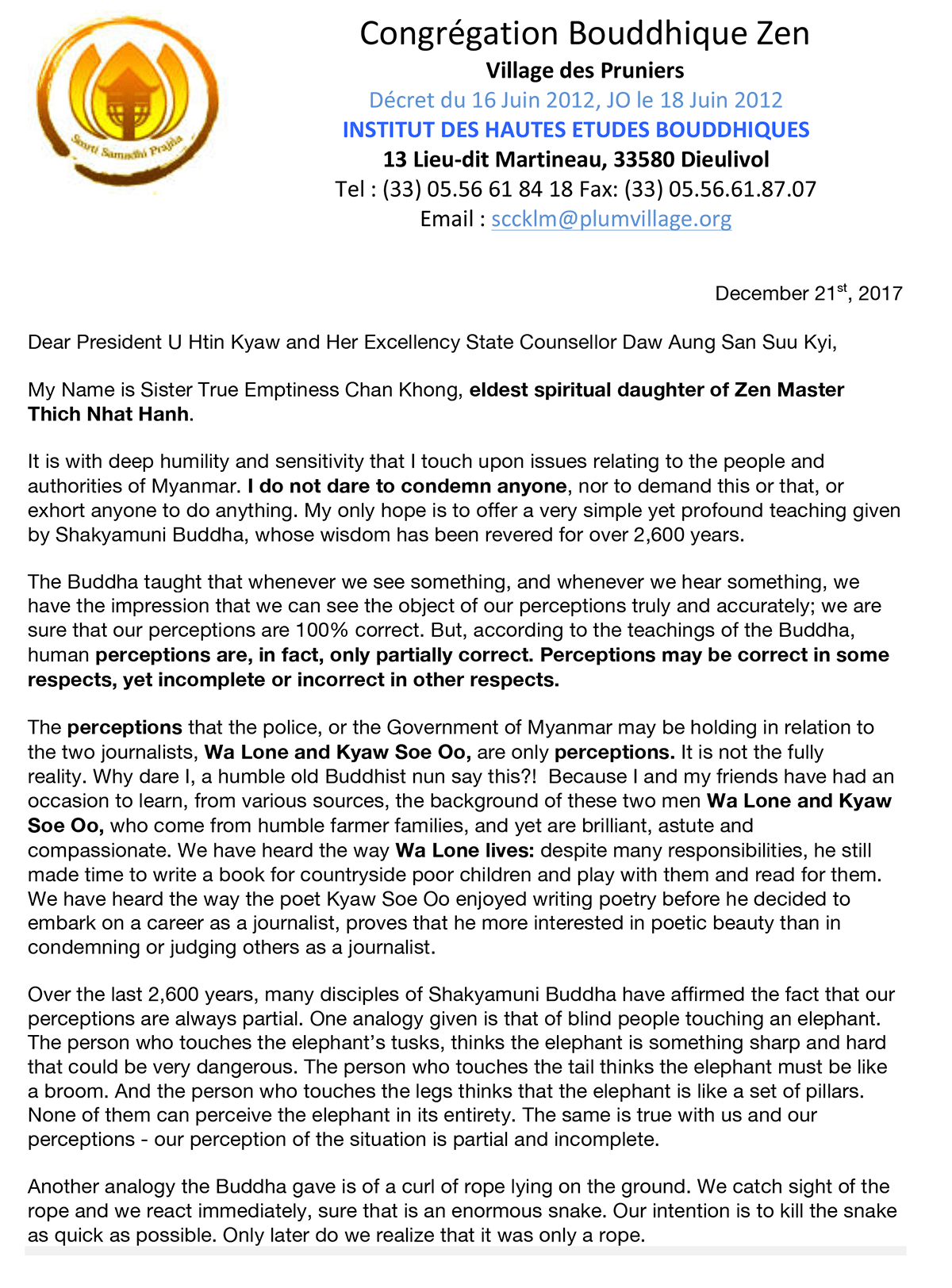 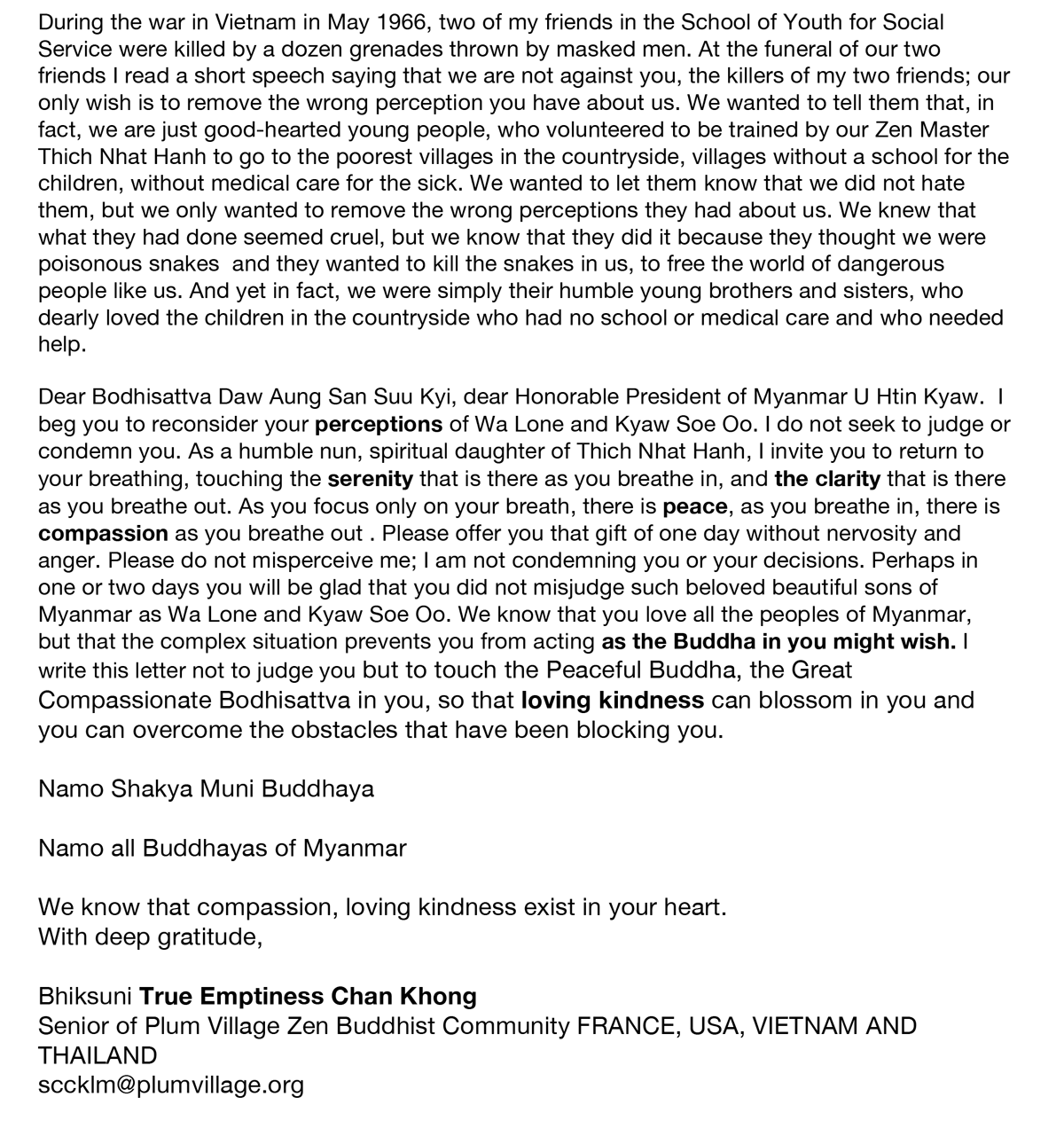