According to the LA Times, the Soberanes fire in Big Sur was started by an unattended illegal campfire. The fire has caused one death and burned 67-square miles of Monterey County.

Last week, Sweetwater Sanctuary reported that they had evacuated all retreatants, and were unsure of the fate of Sweetwater. On Friday, an update revealed that many buildings were burned to the ground following the evacuation, with the exception of a few structures, including the meditation yurt. 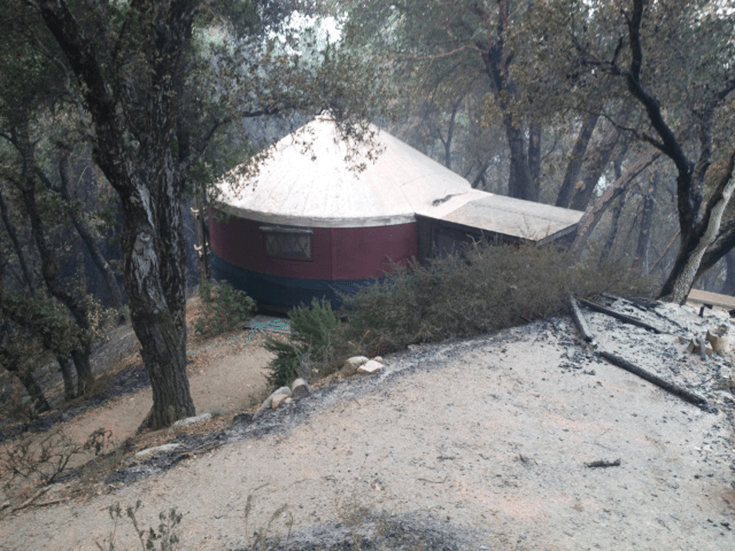 Regarding the loss at Sweetwater Sanctuary, Anam Thubten, currently on retreat in France, wrote a poem, which reads:

Soberanes fire is burning everything that gets in her way.
She is merciless,
She is magnificent… from a distance.
The thick smoke turns the mountain more majestic than ever.
Night is lit by red light that keeps eyes glazed forever by its magic.
The famous Big Sur is dramatic now in blazing fire along with sky, wind and sea.

She does not listen to our prayers,
She does not spare anyone’s begging
She is raging with cosmic wrath,

Burning a paradise on earth.
A place we cherished with our hearts.
“Sweetwater Sanctuary”

Right now, our hearts are burning not with fire,
Not with anger,
Not with sadness,
But with compassion.

The folks who lost their homes,
May they find comfort in the kindness
Poured out by others.
The innocent animals who are terrified,
May they find safety from the danger.
The firefighters,
May all the good forces gather to make sure
They are not in harm’s way.

Never forget the redwoods happily spreading their seeds.
Many baby trees soon are going to grow.
The whole host of earth spirits are dancing
To welcome nature’s rejuvenation.

Is this good or bad?

Let’s try not to find an easy answer for everything.
Let’s stay with the not knowing.
Many found true freedom
by surrendering to the not knowing.
This is indeed an ancient secret that liberated
Thousands of hearts.

Tassajara, the oldest Zen Buddhist monastery in the United States, has previously been threatened by wildfire. The center was evacuated most recently in June 2008, inspiring five senior monks to defy the authorities and stay behind, risking their lives to save the monastery. Thanks to their training, they saw the fire not as an enemy, but as a friend to guide. Colleen Busch’s book Fire Monks tells their inspiring story of saving one of the most historic and revered centers in American Buddhism.

Tassajara is one of three practice communities that comprise the San Francisco Zen Center (SFZC). The SFZC posted an update on their Facebook page, saying evacuations are underway at Tassajara as a precautionary move against the erratic pattern of the fire. As reported by SFist, an evacuation notice was issued for Tassajara Sunday morning. Fire officials say the wildfire may not be contained for another month. 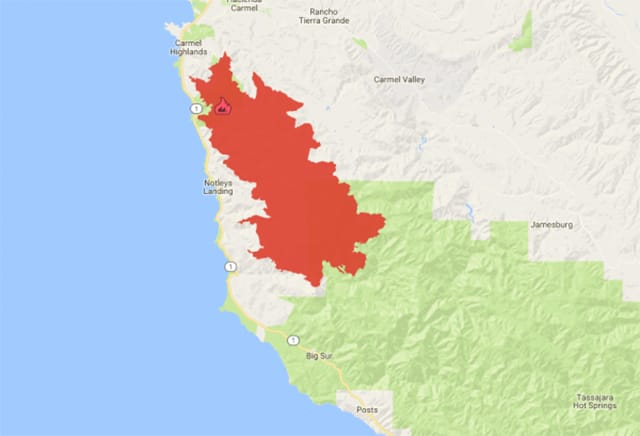 The spread of the wildfire as of Saturday. Via CalFire.

“Right now the air at Tassajara is clear. All of our guests and most of our students were evacuated last night and early this morning,” the post reads.